Carbon budget: Unfair share has been the way of the world 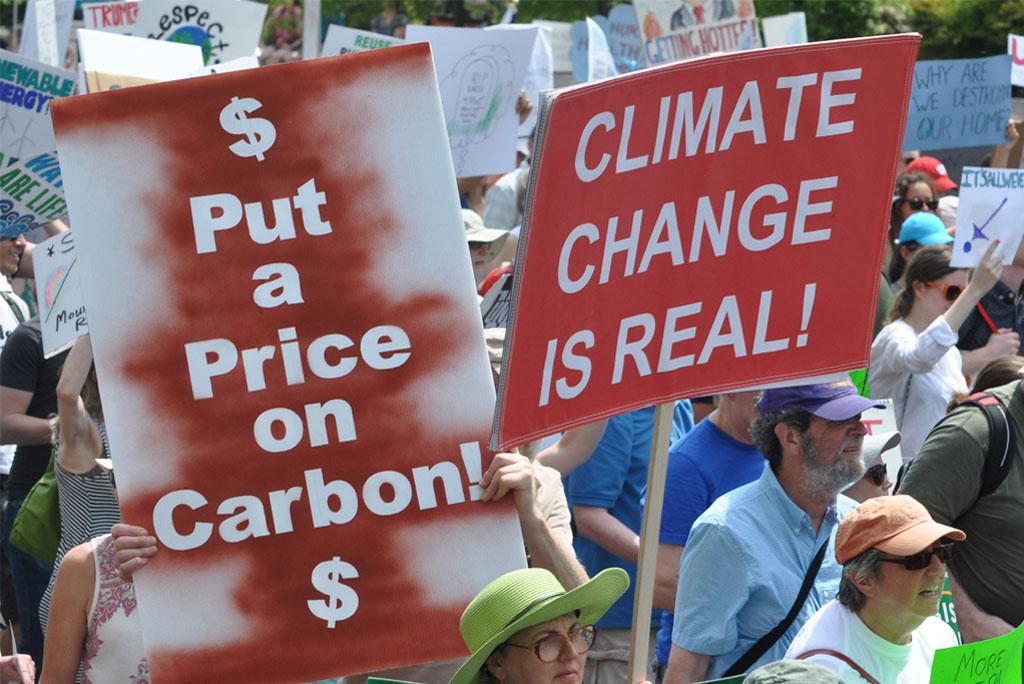 The Carbon budget is constructed on the premise that there is a linear relationship between rising global temperatures and the level of accumulated atmospheric carbon dioxide (CO2). As CO2 level rises, atmospheric temperature rises as well — thus a higher temperature threshold like 2 degrees Celsius allows us to emit a higher amount of CO2.

These are carbon budgets rather than greenhouse gases (GHG) budgets (which would include methane, nitrous oxide and other GHGs) and the large range for 1.5°C budgetary allocations (of CO2) partly reflects varying assumptions on how fast non-CO2 GHG emissions can be mitigated.

Fossil CO2 emissions accounted for less than 68 per cent of GHG emissions in 2018. Thus, while the carbon budget as a concept is useful for policy making in key sectors such as energy, total GHG emissions and the overall emissions budget is equally critical. 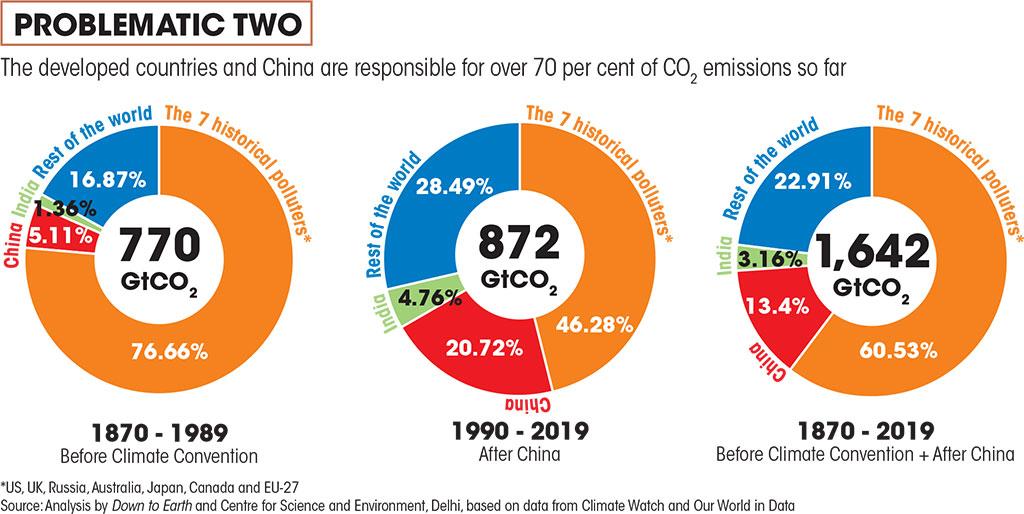 Starting 2020, the world now has a total budget of 400 GtCO2 for a 66 per cent probability to stay below 1.5°C. But before we assess the remaining carbon budget, we must see which countries have used up the available budget to keep the world temperature rise to 1.5°C. Unsurprisingly, historical emissions from 1870 to 2019 reveal a deep inequity:

From 1870 to 1989 — three years before the United Nations Framework Convention on Climate Change (UNFCCC) was drafted and decided on an international treaty to combat human interference with the climate system — six countries (the United Kingdom, the United States, Russia, Japan, Australia and Canada) and the European Union (EU) contributed 77 per cent of the world’s total CO2 emissions.

The US alone contributed 31.26 per cent, while China's figure stood at 5.11 per cent. The rest of the world, including India, did not matter.

The big jump came after China joined the World Trade Organization in 2000 and its share of emissions rose with its economic and trade might. In 2005-19, its emissions’ share increased to 26 per cent.

China’s emissions increased but those of the rest of the already-rich world did not decrease substantially.

In fact, they only adjusted to make way for China — the country that had quickly become the cheap manufacturing centre of the world and where goods were now made for export.

By 2019, the carbon space was occupied by the original seven and China. These countries contributed some 67 per cent of the emissions between 1990 and 2019.

The carbon budget appropriation is even more stark if you take the entire period — the beginning of the industrial revolution in 1870 to current times, 2019.

And these countries (original 7+China) have appropriated 54 per cent of this budget. It would be an understatement to say that the historical division of the carbon pie has been extremely inequitable.