Making of a carbon-neutral community in Kerala 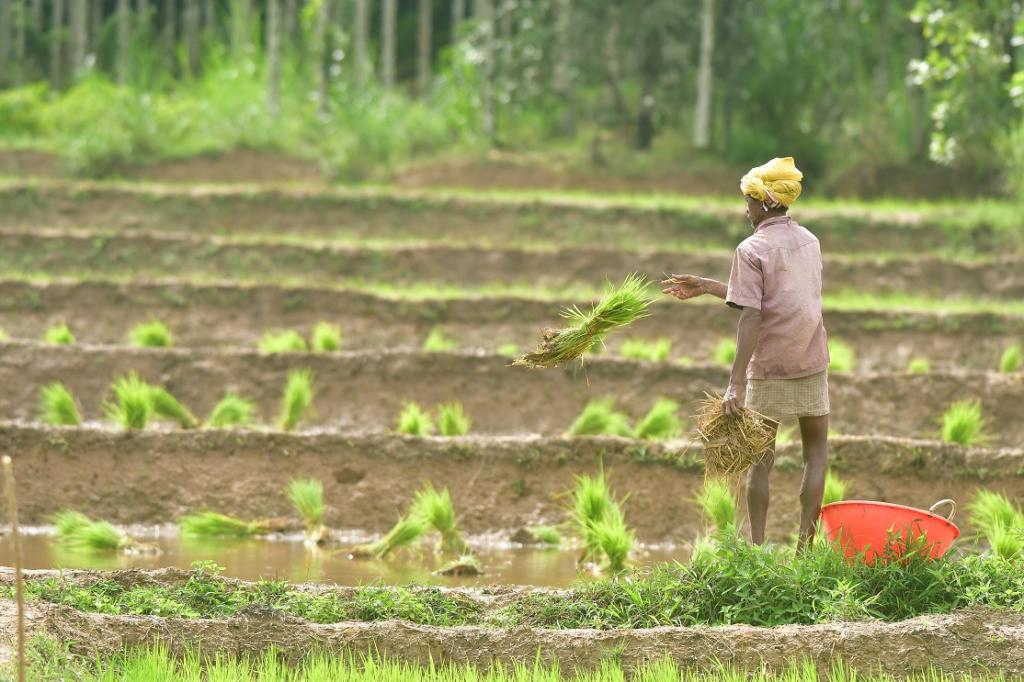 Forests and plantations cover 50 per cent of total geographical area of Wayanad district and they act as a major carbon sink. Credit: Nidhin K Davis

The challenge of climate change calls for extraordinary vision, leadership, compassion and wisdom. The accumulation of greenhouse gases (GHGS) in the atmosphere has led to global warming. If the world is indeed serious about making climate-friendly investments, it must consider the opportunity provided by a country like India where economic growth could be achieved with minimum level of emission by employing new technologies and finance. Having said that, to achieve India’s ambitious Intended Nationally Determined Contributions (INDCS) as per the Paris Agreement, it is crucial that our future development activities follow a “Carbon-Neutral” trajectory. Carbon neutrality stands for “net zero emission” of GHGS from anticipated anthropogenic activities.

Post-Paris climate commitments, Thomas Isaac, Finance Minister of Kerala and a well-known economist, wanted to set an example in the state for the rest of the country to follow. Wayanad district—nestled in the Western Ghats on the extension of Deccan Plateau and home to crops that are thermo-sensitive and vulnerable to climate change such as coffee, paddy and pepper—was selected for a community-based climate change adaptation initiative called “Carbon Neutral Wayanad”. A pilot project was then launched at a local government level on June 5, 2016; Meenangadi gram panchayat leadership came forward to take up the responsibility to be a model panchayat for Wayanad district and the rest of the country. Non-profit Thanal Trust was entrusted by the Kerala government to provide technical assistance to this flagship project.

At present, there is no established research methodology for assessing carbon status at a regional scale. The Ministry of Environment, Forest and Climate Change (MOEF&CC) prepares National Inventory on ghg emissions to report to unfccc. Similarly, “GHG Platform India”— a consortium of research ngos—reports GHG emissions at state level based on secondary data. The Carbon Neutral Technical Cell, comprising representatives of local government, research scholars and technical experts from Thanal, has followed the ipcc 2006 guidelines, Greenhouse Gas Protocol and the UNEP low-carbon mobility toolkit for establishing a research methodology to assess carbon status at a regional scale. Emission inventory covers the sectors of Agriculture Forestry and Other Land use (AFOLU), Livestock, Energy, Transportation and Waste for the base year 2016. Industry sector is not considered since there is no predominant industry in the district. Ward-based socioeconomic sampling and geographical sampling was done. Primary data along with secondary data from the statistics department was used for calculating emissions from livestock and AFOLU sector. UNEP low-carbon mobility toolkit was used for estimating emissions from transportation sector, which is a major contributor of GHG emissions in this region. Region-specific emission factor for southern grid was used for calculating emissions from Electricity consumption—the single major contributor of emissions. 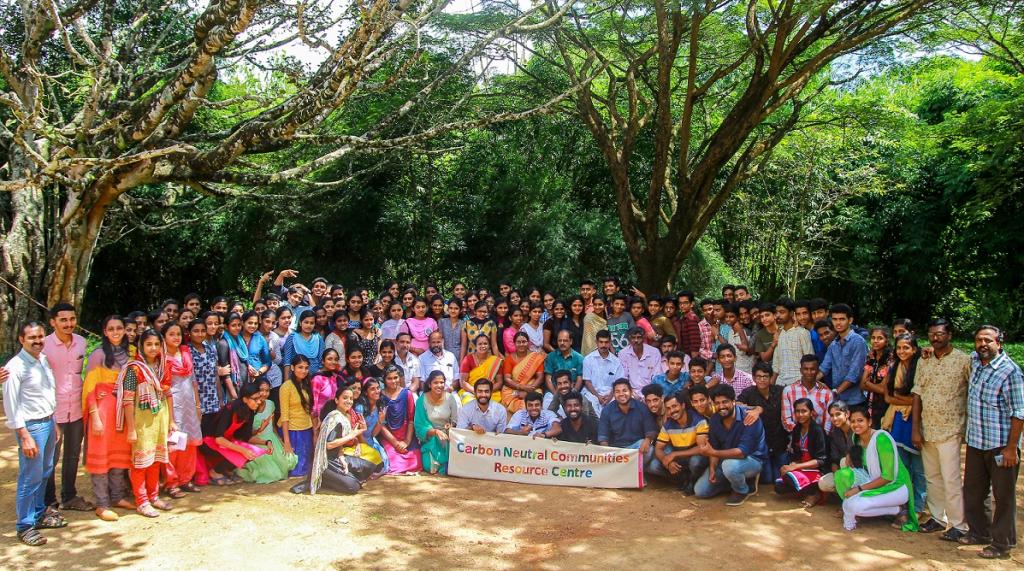 Existing anaerobic solid waste management in landfills and burning of non-biodegradable waste contribute towards methane emissions. Similarly, methane emissions due to enteric fermentation and manure management in livestock sector were also estimated using country-specific emission factor and livestock statistics data. There’s an increasing trend in the share of livestock in the local economy because farmers depend largely on this relatively safer sector as compared to plantation crops, which are highly vulnerable to climate change. Emissions in the form of methane and other GHGS are then converted into carbon dioxide equivalents. Simultaneously, carbon stock in different sectors was calculated using a standard procedure for the base year 2016. Organic carbon stored in soil was estimated by collaborating with the Department of Soil Survey & Soil Conservation. Quantitative analysis of soil samples collected from all over the panchayat was done by using laboratory methods. Forests and plantations cover 50 per cent of total geographical area and they act as a major carbon sink. Annual carbon sequestration in forests and coffee plantations were quantified by multiplying the area of land under each category with the sequestration factor (in kg/ha). To calculate the quantity of carbon sequestration in trees in the homesteads, a household-level tree survey was carried out along with an allometric equation to calculate the AGB (Above Ground Biomass).

Following this exercise, the stakeholders of the project arrived at baseline estimation of carbon status of the region—14,739 tonnes of GHG emissions (carbon dioxide equivalent). A comprehensive Carbon Neutral Action Plan will be proposed with sector-specific short-term and long-term interventions to offset the emissions as well as to conserve existing carbon sink. 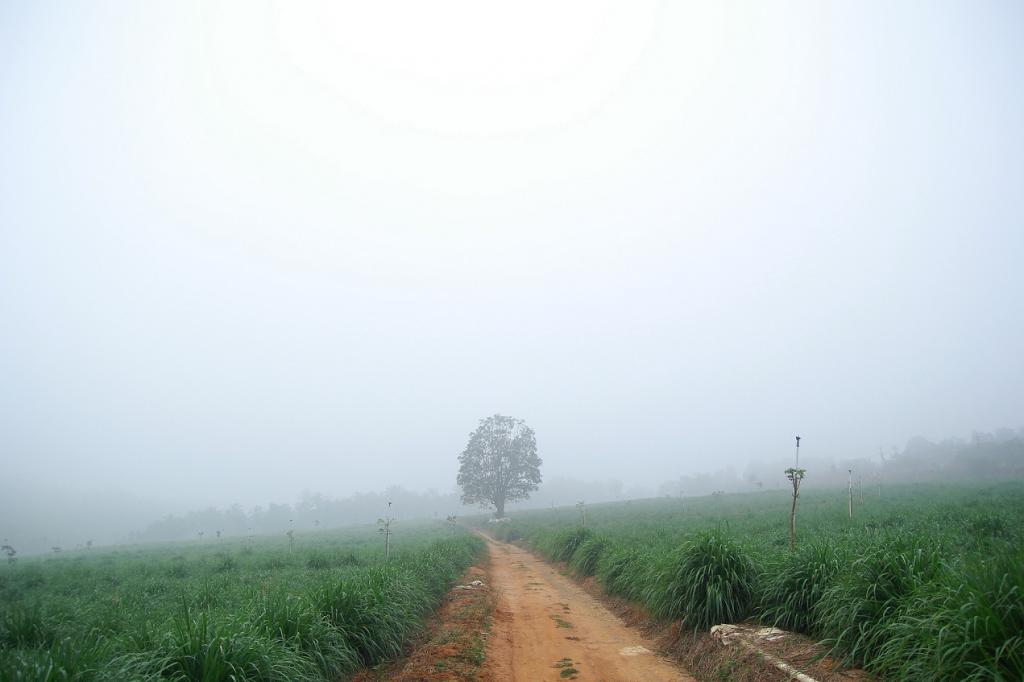 Apart from quantitative estimation of GHG emissions and carbon sequestration, a qualitative assessment of the livelihood needs of the people was a crucial element for the success of this project. To know more about the grassroots level needs, issues and potentials, we conducted ward-level and panchayat-level stakeholder consultations in a non-conventional manner. In order to make public consultations more interactive, activities like community mapping were organised where farmers were asked to locate their agriculture fields and other landmarks on a 10 square feet satellite image of the panchayat. The objective was to gather information of socio-economic status of various communities on a spatial platform, which will be used to prepare a Carbon-Neutral Master Plan for the panchayat.

The aforementioned plan will be the major deliverable of this project, which will include an implementation framework by ensuring participation of young volunteers by launching Green Youth Centres (GYCS) in each ward of the gram panchayat. Ultimately, a Sustainable Development Framework will be formulated on the basis of this study. The framework can be incorporated into the Integrated District Development Plan (IDDP) to ensure low-carbon development at a policy level. It can be taken up as a model for any other district in the country for assessing the carbon status at regional scale and to formulate a region-specific action plan.

The article was first published in the State of India's Environment Report 2018.