Chalk, cheese and climate change: What Trump and Biden think about the environment

While Democrat Biden has a balanced outlook, Republican Trump’s perspective is simply not in agreement with the global climate movement 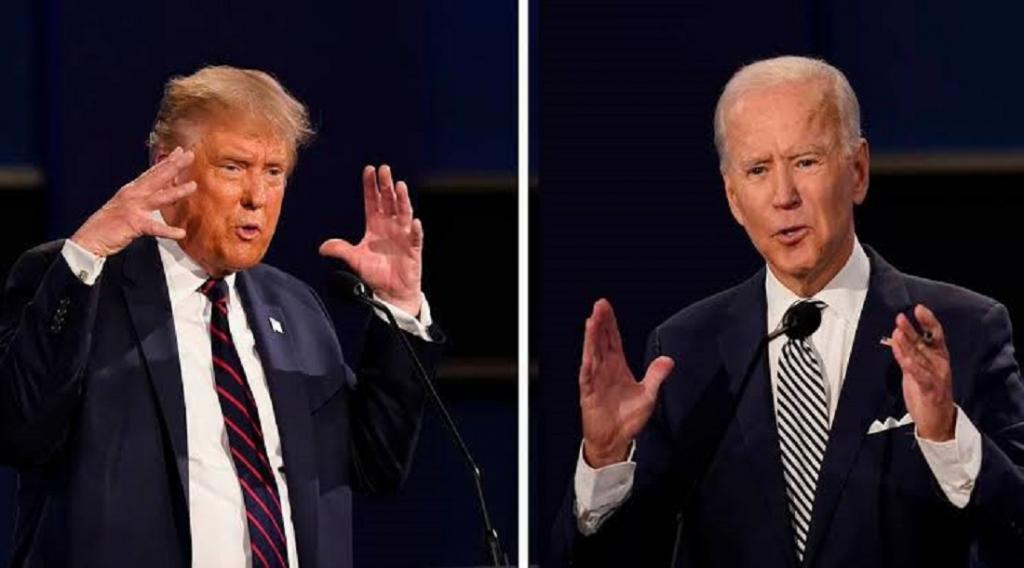 There is a world of difference between Donald Trump and Joe Biden when it comes to climate change. Photo: @SelckBrenden / Twitter

As election night dawns in America, a look at the stated stands of the two candidates for the presidency gives an inkling as to where the global climate movement could be headed post-election.

On select issues concerning global climate, Donald John Trump of the Republican Party and Joseph Biden of the Democratic Party differ significantly. While Biden comes across as having a balanced outlook, climate denier Trump’s perspective is simply not in agreement with the global climate movement.

Let us take a quick look at what these stands are.

First, consider climate planning. Biden has announced a $2 trillion climate plan, has set targets of providing 100 per cent clean electricity by 2035 and achieving a ‘Net Zero’ emissions scenario by 2050. A ‘Net Zero’ is a situation where carbon dioxide emissions are nil due to balancing them with removal or simply eliminating them altogether.

Trump, shockingly, has not come up with a climate plan till now.

Then there are fossil fuels. Biden does not support a ban on fracking, which is a highly polluting process. Drilling is done deep into the ground, following which a water mixture is injected under high pressure into the ground. This is done to extract gas trapped in rock. Trump actively supports fracking.

Biden also wants to end subsidies on fossil fuels. He has stated that he would ban new offshore drilling and new permits on public lands. These lands are ‘held in trust for the American people’ by the US federal government and managed by a number of federal agencies.

Trump on the other hand, wants to boost US oil and gas production. He pushed policies to back the coal industry during his tenure despite its imminent decline.

Both candidates differ substantially on renewable energy. Biden has promised clean electricity by 2035 for the US. He has also announced that he is committed to investing in research on renewables as well as jobs.

Trump’s stand on renewables is bizarre though. Wind energy ‘kills birds’ according to him. He has also stated that ‘solar energy does not quite have it yet’ and cannot power factories. The Paris Agreement, signed five years ago in the French capital, was intended to halt the effects of climate change globally. Biden, who was Vice President in the Barack Obama presidency then, had supported him in joining the Agreement in 2015.

Trump, during his presidency, withdrew the US from the accord. November 4, 2020, the day after the election, is the date set for the US to officially withdraw from the Paris Agreement.

Biden has pledged that the US will rejoin the Agreement if he is elected.

Trump has no respect at all for environmental regulations. He rolled back 150 such rules. Biden wants to reinstate fuel efficiency standards, strengthen pollution laws and wants to strengthen protections in several areas.

On climate justice, Biden had committed to giving 40 per cent of climate investments to disadvantaged communities. Trump, on the other hand, has not acknowledged the concept of climate justice till now. He has actively denied relief funds to states suffering from wildfires and other climate disasters.

Trump does not believe in the US Green New Deal and says it will kill millions of American jobs. While Biden too has not fully endorsed it, he has, nevertheless extracted parts of it and used them in his climate action plan.