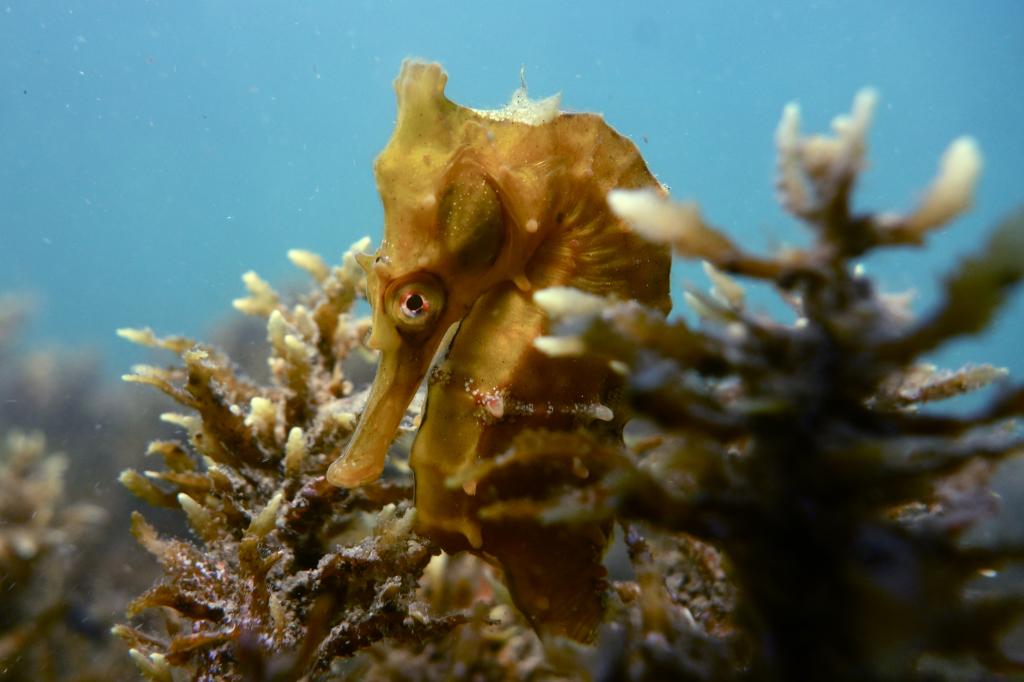 Coastal marine food webs could be in danger of collapse as a result of rising carbon dioxide levels, according to our new research. The study shows that although species such as algae will receive a boost, the positive effects are likely to be cancelled out by the increased stress to species further up the food chain such as predatory fish.

Food webs are essentially networks of species that interact with each other. The connection between them can stabilise systems, for instance by preventing particular species from becoming too common, thereby encouraging the presence of a wide range of species.

These pathways can be quite stable, but they are vulnerable to ocean warming and acidification. Such food webs are therefore sensitive to changing climates, through potential changes both to plant growth (bottom-up effects) and to predator abundance and behaviour (top-down effects).

Because of the sheer complexity of species interactions within these food webs, we struggle to understand what future food webs might look like and how humans will be affected through changes in the services provided by the ocean, such as food, materials and energy.

We used a self-contained ecosystem in a 2,000-litre tank to study the effects of warming and ocean acidification on a coastal food web. This approach can give us a good idea of what might happen to genuine coastal food webs, because the tank (called a “mesocosm”) contains natural habitats and a range of species that interact with one another, just as they do in the wild.

The results show that carbon dioxide enrichment can actually boost food webs from the bottom up through increased algal growth. This benefited herbivores because of the higher abundance of food, and in turn boosted the very top of the food web, where fish grew faster.

But while this effect of ocean acidification may be seen as positive for marine ecosystems, it mainly benefits “weedy” species – a definition that can be applied to some species of algae, invertebrates, and even fish.

In contrast, habitat-forming species such as kelp forests and coral reefs are more likely to disappear with rising CO₂ emissions, and with them many associated species that are deprived of their habitats and food.

Our results therefore showed that warming had a detrimental overall effect on the coastal food web we studied. Although higher temperatures boosted algal growth, herbivorous populations did not expand. Because herbivore abundances remained similar and elevated temperatures result in a higher metabolic demand, predatory fish consumed more herbivorous prey, resulting in a collapse of these prey populations.

These results show how the benefits of one human-induced effect (increased ocean CO₂) are cancelled out by the negative effects of a co-occurring stressor (ocean warming). More importantly, it also shows how interactions between species (predator and prey, in this case) can alter the outcome of climate stressors on individual species.

Such indirect effects within the web of life have remained largely unstudied, despite the fact that they may in many cases be more important than direct effects in terms of their future impacts.

For example, habitat loss and loss of predator species are key indirect effects that can alter species populations within food webs. However, these effects also offer the opportunity for some conservation wins.

First, humans are altering marine ecosystems in many other ways than just climate change, such as through pollution, habitat destruction, and eutrophication (an excess of nutrients, often caused by runoff from land). By reducing these effects we could reduce the overall burden on marine species, potentially buying them time to adapt to climate change across generations.

Second, by reducing habitat loss from other human impacts – by implementing well-designed sanctuary zones – we can also maintain the habitats, prey and other organisms on which species depend for their growth and survival.

Finally, studies suggest that the top of food webs will be disproportionately affected by climate change, and research has shown that predators play important roles in maintaining diversity and general ecosystem health. By reducing the ongoing global overfishing of predatory species worldwide, we might relieve some of the direct effects of climate change on food webs and ecosystems.