Glaciers are melting in both mountain ranges, leading to a decline in river waters, which in turn could affect people 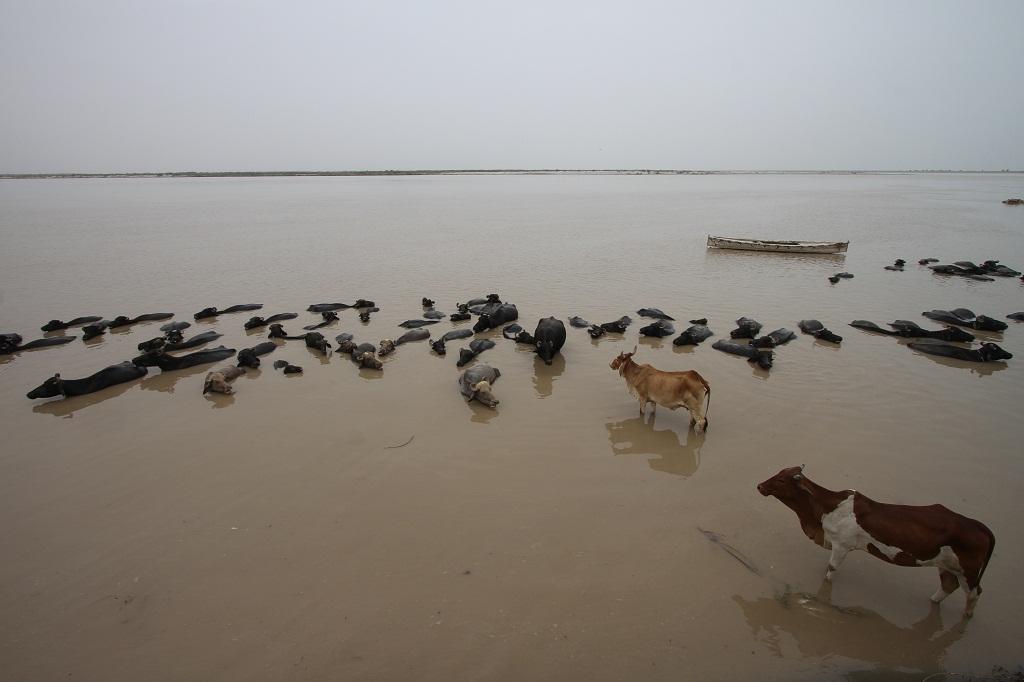 Cattle and water buffaloes in the Indus river in Pakistan's Sindh province. The river is fed by glaciers in the Tibetan Plateau. Credit: Getty Images

A new research by the Ohio State University in the United States has warned that climate change could have devastating effects on vulnerable residents in the Himalayas and the Andes, the world’s highest and longest mountain ranges respectively.

The researchers have found that glaciers in both ranges are melting more rapidly than at any point in the last 10,000 years. This means that the water supply in parts of Peru, Pakistan, China, India and Nepal will decline soon.

“Supply is down. But demand is up because of growing populations,” Lonnie Thompson, a climate scientist at the university’s Byrd Polar and Climate Research Center, said. “By 2100, the best case scenario is that half of the ice will disappear. Worst-case scenario: two-thirds of it will. And you’ve got all those people depending on the glacier for water.”

Thompson and other researchers drilled ice core samples from across the Tibetan plateau and the Andes mountains, examining the ice for clues about temperature, air quality and other large-scale events in history.

They found that within the last century, the cores from both the Andes and the Himalayas showed widespread and consistent warming.

“This current warming is not typical,” Thompson said. “It is happening faster, it is more persistent and it is affecting glaciers in both Peru and India. And that is a problem, because a lot of people rely on those glaciers for their water.”

Melting glaciers can trigger avalanches and floods. And they also can have long-lasting effects on a region’s water supply. As the glaciers melt, initially those regions will have more water. But over time, as they shrink, the water they supply would dwindle.

“Precipitation is down and temperatures are up and that leads to retreating glaciers,” Thompson said. “There are 202 million people in Pakistan who rely on water from the Indus River—and that river is fed by the glacier.”

The effects in Peru, too, could be far-reaching, particularly on Peruvian agriculture and on the water supply in Lima, the Peruvian capital.

Thompson and his team intend to studying glaciers in both areas to find answers for slowing glacial retreat.