Far from being a reformist budget, Budget 2018 merely touches upon few segments of Indian agriculture and is not likely to bring changes to improve the plight of the farmers in any significant manner 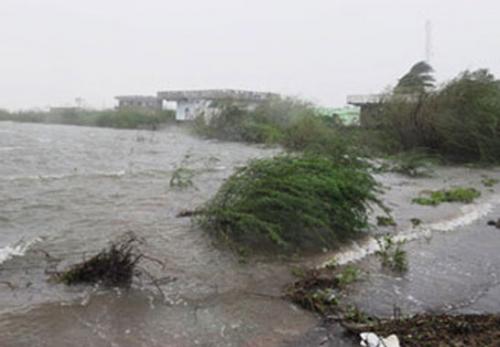 Union Minister for Finance, Arun Jaitely’s budget speech may have covered a number of issues, but one was glaring in its omission: Climate change.

No loan waiver or farm sector reform was proposed in the budget. A few initiatives were announced and proposed for agriculture. But there was no major breakthrough.

This should come as a surprise since climate change impacts are increasing at an alarming rate in India. The country has been witnessing extreme weather events in the form of unseasonal rainfall, drought, hailstorms, floods and heat-waves. The recently-released Economic Survey established, yet again, that the agriculture sector was worst hit by climate impacts. The Survey revealed that the annual average rainfall between the 1970s and the last decade had, on average, declined by about 86 millimeters while the average increase in temperature during this period was about 0.45 degrees and 0.63 degrees in the Kharif and Rabi seasons respectively. It pointed out facts to support how climate change was impacting productivity. It revealed that the extreme temperature shock in un-irrigated areas reduced yields by 7 per cent for Kharif and 7.6 per cent for Rabi. It warned that climate change was expected to decrease farm income by 25 per cent in the coming years; the average income stands at roughly Rs 78,000 per year.

Ahead of the budget, farmer leaders and activists had pushed for farm loan waivers and drastic farm sector and agrarian reforms to transform the agriculture sector and make it an income generation tool that would be resilient to climate change impacts.

A significant mention was the proposal to launch “Operation Green”, which is more a comprehensive scheme for the management of Farmer Producer Organisations (FPOs), logistics and management for the all-round supply of basic vegetables such as potato, onion and tomato. Pulses and Kharif crops, which are more likely to be hit by climate change impacts have been neglected in the budget.

In keeping with the government’s manifesto that farmers should realise at least 50 per cent more than the cost of their produce, the budget announced Minimum Support Price (MSP) for the majority of Rabi and Kharif crops. To ensure that farmers get adequate price for their produce, the budget proposes a fool-proof mechanism that Niti Ayog and state agencies will come up with.

Little attention has been paid to the needs of small and marginal farmers and the budget talks about upgrading the existing 22,000 rural haats into Gramin Agricultural Markets (GrAMs) to help the small and marginal farmers. Also, an Agri-Market Infrastructure Fund with a corpus of Rs 2,000 crore is proposed to be set up for developing and upgrading agricultural marketing infrastructure in the 22,000 GrAMs. There is no scheme or allocation introduced to help such farmers cope with immediate and long-term climate vagaries.

Since un-irrigated land areas suffered more yield loss due to climate impacts, the need to expand irrigated land area which currently stands at 45 per cent was recommended as top priority in the Economic Survey. No development came in against this backdrop and within the Pradhan Mantri Krishi Sinchayee Yojana, the budget proposes irrigation projects covering 17.2 lakh ha for just 15 lakh beneficiaries.

Additionally, the budget allocates Rs 2,600 crore for ground water irrigation projects for 96 irrigation-deprived districts without allocating any sum for replenishment of ground water which is an urgent necessity in the wake of increasing water scarcity. Focus on technologies of drip irrigation, sprinklers, and water management, reckoned as the key to the future of Indian agriculture in the Economic Survey, has been missed in the budget.

Key decisions for agriculture in Budget 2018.