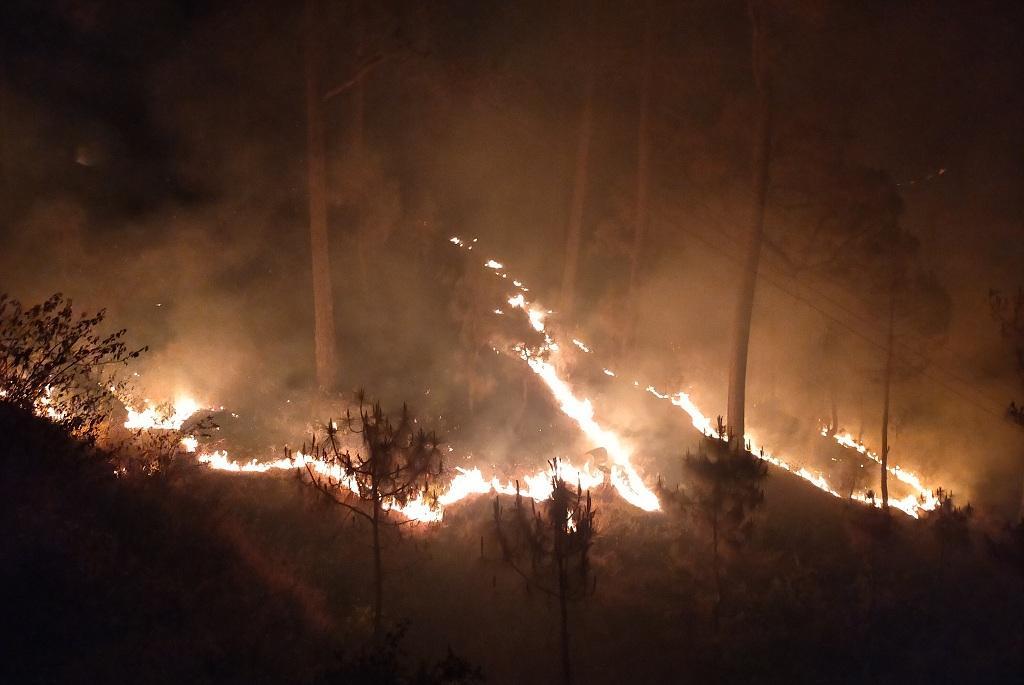 Forest fires that began in Uttarakhand on October 15, 2020 were still burning on April 5, 2021, according to the state forest department, in what is being seen as another manifestation of climate change.

There were 989 fire incidents in the forests of the state from October 1,2020-April 4, 2021, according to forest department figures. Some 1,297.43 hectares of forest got burned down in the fires, according to the estimates.

There were 470 incidents of fire in Uttarakhand’s forests between November 2020 and January 2021. The figure for the same period in the previous year was 39.

Fires usually start every year in Uttarakhand around February 15 and continue till the end of May. This period is dubbed as the ‘fire season’ by the state forest department.

Uttarkhand received only 10.9 millimetres of rainfall from January-March 2021 against the usual 54.9 mm, a deficit of nearly 80 per cent. The district of Pauri, which has been most affected by fires, received the least amount of rain, a measly 3.1 mm, against the usual 36.6 mm. The deficit in Pauri has been 92 per cent.

Temperatures too have been rising across Uttarakhand and other Himalayan states. The year 2020 was the second consecutive ‘warm’ year for the state.

In addition, the first three months of 2021 have been exceptionally warm too. There has less-than-average rainfall during these three months even as the maximum temperature has been above average and has even broken records.