In Central America, the north-east part of Brazil and some areas in the Andean region, temperatures would increase and reduction in precipitation could reduce agricultural productivity in the short term by 2030 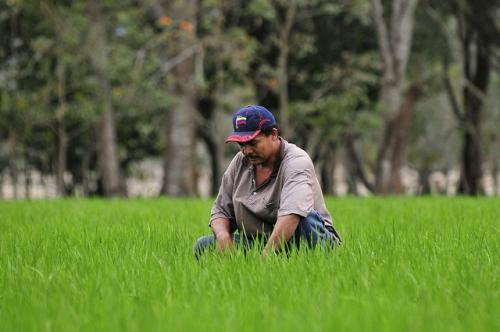 A new study points out that climate change threatens the very basis of food security in Latin America and the Caribbean (LAC).

The region is vulnerable in view of its economic dependence on agriculture, low adaptive capacity of the people and the geographical location of some of its countries.

The 2014 Report of the Intergovernmental Panel on Climate Change predicted more precipitation in the eastern side of South America which could increase agriculture productivity towards 2050. But in Central America, the north-east part of Brazil and some areas of the Andean region (glacier melt is a major threat in this area), temperatures would increase and reduction in precipitation could reduce agricultural productivity in the short term by 2030.

The global climate risk index, estimated on the basis of information gathered from 1995 to 2014, outlines that four out of the 10 countries with higher risk index are located in LAC: Honduras, Haiti, Nicaragua and Guatemala.

Countries whose agricultural sectors could suffer the greatest impacts (Ecuador, El Salvador, Honduras, Nicaragua and Paraguay) also face challenges in terms of food security. In view of the climate change threat, some of the countries in the region are working towards developing climate-smart agriculture.

Central American countries have prepared a regional strategy to fight climate change, emphasising on adaptation and mitigation of greenhouse gas emissions in agriculture.

Small Island Developing States of the Caribbean are promoting the SAMOA Pathway implementation and specific regional agreements to tackle climate change. This also addresses the need of adaptation and mitigation as priorities for national agricultural development.

“The challenge of facing climate change and its repercussions on rural livelihoods represents an opportunity to think about the region’s agricultural development model and promote a transition process towards a more sustainable agriculture,” Meza told Down To Earth. 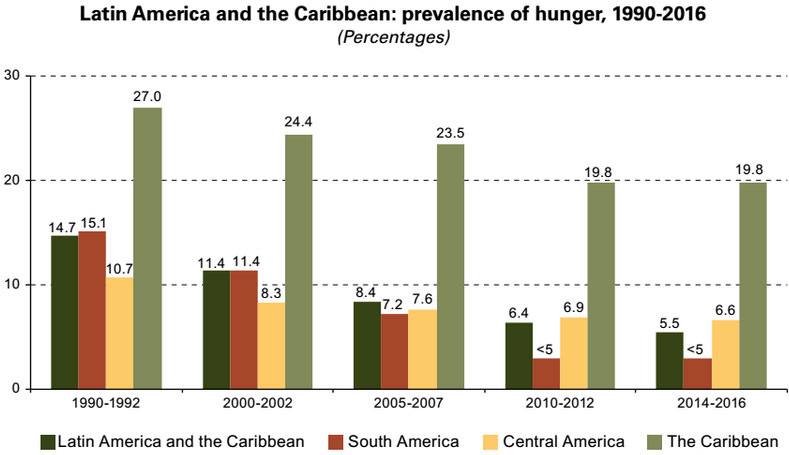 The problem in the region is not the availability of food, but access to it. According to Meza, besides guaranteeing food availability at present and in the future, agriculture should turn into an effective mechanism to fight poverty, especially rural poverty, so as to contribute to the Zero Hunger objective.

For this, it is necessary to develop effective governance for agricultural development as a whole. Structural adjustments that enable agriculture to become inclusive are also needed.

Though the region produces a lower contribution to climate change in terms of emissions compared to others, it is especially vulnerable to its negative effects.

In the past 10 years, natural disasters have been occurring with increasing frequency. Flooding is the most common of these disasters in the region, which has also seen an increase in temperatures and droughts over the past decade, the report states.

The report projects movements in altitude and latitude in the optimal areas for the cultivation of coffee, sugar cane, potatoes and corn. In the case of Peru, projections indicate that the impact of climate change on agriculture would generate decreases in the production of various staple crops for food security, especially those that require more water such as rice.

Over the past 50 years, the agricultural area in the region increased significantly from 561 to 741 million hectares, with the biggest expansion taking place in South America (from 441 to 607 million hectares).

Expansion in production was hand in hand with the intensive use of inputs, land and water degradation, reduction of biodiversity and deforestation (it is estimated that an annual deforestation rate of 0.23 per cent occurred in the region against the global annual average of 0.13 per cent).

Deforestation is indeed one of the problems. It is part of a larger issue associated with the degradation of natural resources in the region, which together with climate change, exacerbates the effects of natural disasters that are becoming more frequent and intense. Socio-economic factors such as rural poverty are also responsible for the vulnerability of the region, Meza added.

Family farming and focus on conservation

In LAC, family farming is important for the food and nutritional security of the entire population. About 81 per cent of farms in the region belong to family farmers, and depending on the country, provides between 27 per cent and 67 per cent of all food produced.

The intensification of agricultural production by itself does not constitute a response to the current need to promote food security. The costs of intensification are very high in terms of soil degradation, excessive water consumption, emergence of new pests and more resistant diseases, reduction of biodiversity and pollution of air, water and soil.

The challenge lies in producing more in the same area while conserving resources, reducing negative impacts on the environment, enhancing the natural capital and preserving the provision of ecosystem services.