Rising sea temperatures will reduce the availability of prey for the predator seabird and their population growth rate will decline by 5.3% 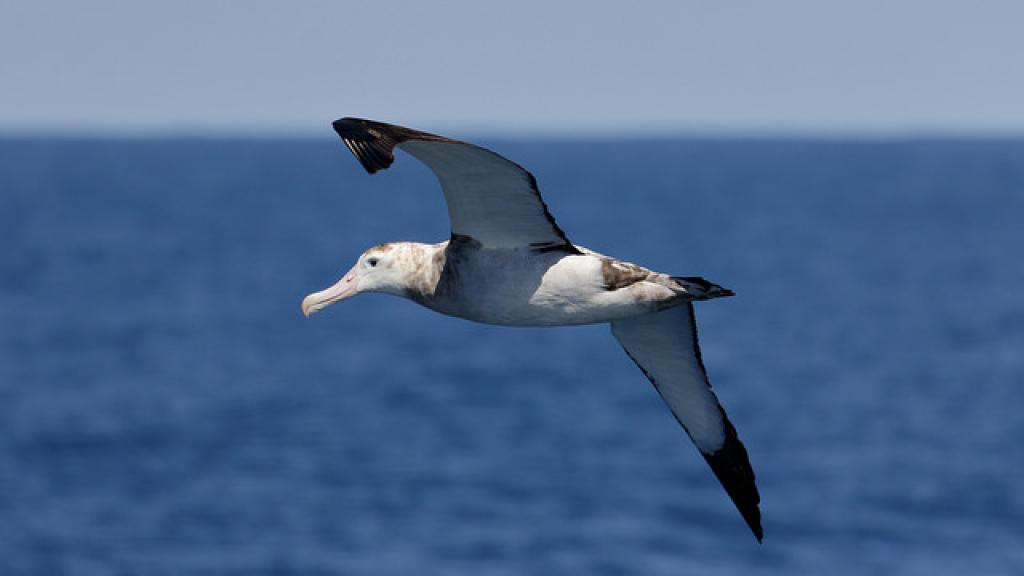 The effect of climate change is such that the population growth rate of albatross seabirds, who otherwise live up to 60 years, will decline at 5.3 per cent per year, says a recent study by the ecologists from Woods Hole Oceanographic Institution in the United States and French National Centre for Scientific Research (CNRS). This means that young albatross face severe threat due to rising sea temperature.

Albatrosses are large seabirds found widely in the southern hemisphere and there are 22 IUCN-recognised species, who live up to 60 years, and travel millions of km in their lives. They are adaptive and can travel huge distances with the help of their adapted wings and large wingspans.  Like other marine animals, seabirds also face a huge risk of survival from human activities such as bycatch and choking on waste.

Dr Christopher Barbraud, the co-author of the study, said, “Albatrosses and other seabirds are long-lived predators that fly very long distances to forage at sea and nest on land. As a key indicator of ecosystem’s health, studying how seabirds fare in the face of climate change can help us predict the ecological impacts on the entire marine food web.”

The ecologists monitored 200 breeding pairs of black-browed albatross at Kerguelen Island in France since the year 1979. The study revealed that climate change has complex effects on these seabirds. Changes in surface temperature of the sea in late winter resulted in biggest variation in the population growth and at the same time also impacted the survival chance of juvenile albatrosses during the first year at sea, said the study.

Dr Stephanie Jenouvrier, seabird ecologist at Woods Hole Oceanographic Institution, said, “Sea surface temperature is widely used as an indicator of food availability for marine predators because warmer temperatures usually result in lower primary productivity in marine ecosystems, ultimately reducing the availability of prey. As our oceans are projected to heat up, fewer juvenile albatrosses will manage to survive and their population is expected to decline at a faster rate.”

The study mainly focused on the importance of the first few years of a seabird’s life and winter season, the two relatively understudied parts of a bird’s life cycle.