Some 7,000 hectares or nine per cent of the mangroves were destroyed in one month 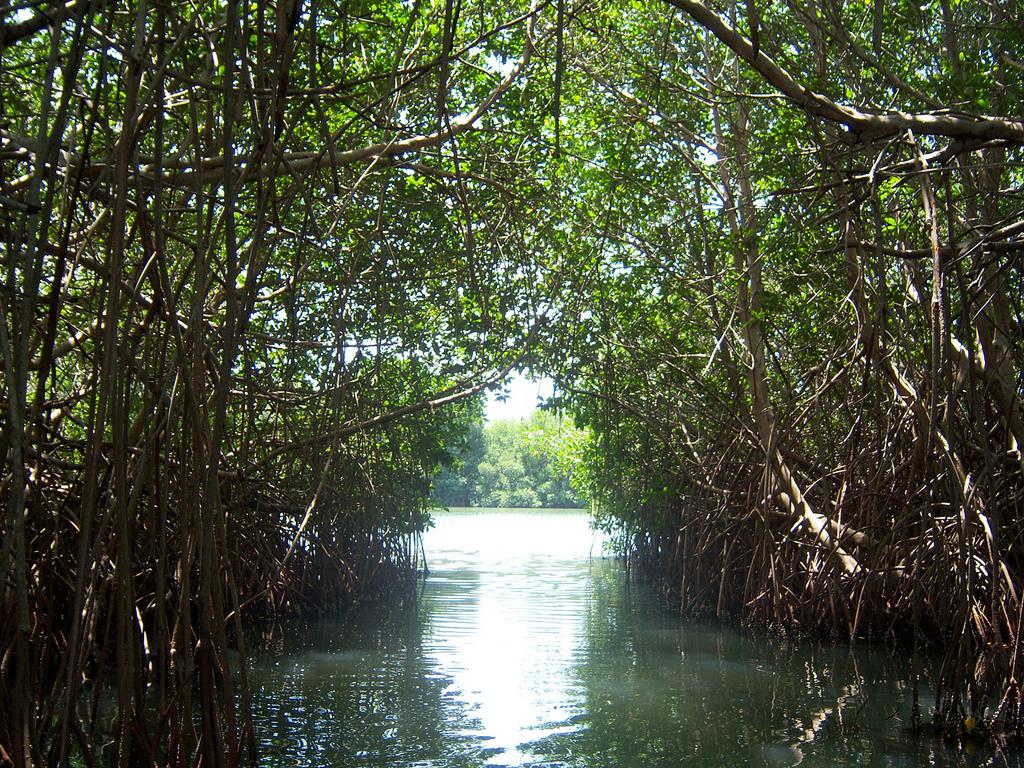 Destruction of coral reefs is often looked upon as a reason of mangrove die-offs. Credit: SEMARNAT/ Flicker

After massive coral bleaching on the Great Barrier Reef, climate change and El Nino have claimed their second victim—mangrove forests. The 700-km-long stretch of Australia’s Gulf of Carpentaria off the coast of Western Australia is known for the mangrove ecology. Some 7,000 hectares (17,300 acres) or nine per cent of the mangroves were destroyed in one month, according to researchers at Australia's James Cook University. Such an event has been recorded for the first time.

After doing both aerial and satellite surveys, Norm Duke, an expert in mangrove ecology from James Cook University, concluded that it is the worst mangrove die-off in recorded history. “We have seen smaller instances of this kind of moisture stress before, but what is so unusual now is its extent, and that it occurred across the whole southern gulf in a single month,” said Duke.

Mangrove forests are “pushed past their tolerance thresholds” and that’s why they are either dying or defoliating. Researchers have attributed this major die-off to warm ocean temperatures and an extended period of drought. They believe the event took place in the semi-arid region in late November or early December, 2015.

Climate change, coupled with a strong El Niño, not only warmed waters in northern Australia but also made rainfall more erratic, as confirmed by Greg Browning from Australia’s Bureau of Meteorology. Browning said the region witnessed unusually low rainfall and very high sea surface and air temperatures in the last two years.

“When you have those departures from average conditions, it’s bound to affect the ecosystem in some way,” said Browning. The 2016 wet season, according to Browning, was affected by the El Niño phenomenon. Instead of two or three bursts of monsoonal rains, considered normal for that time of the year, El Nino produced dry conditions at the heart of the region where die-off happened. It is to be noted that mangrove forests are extremely sensitive to rising sea levels as they need stable sea levels for long-term survival.

Destruction of coral reefs is often looked upon as a reason of mangrove die-offs as the former acts as the first barrier against strong waves. When coral reefs are destroyed, even stronger-than-normal waves reaching the coast can wash away the fine sediment in which the forests grow. That would prevent seedlings from taking roots and take away nutrients needed for mangrove ecosystems to survive.

Impact on flora and fauna

Apart from being “nurseries for many fish species”, these mangrove forests are water filters and purifiers as well. When waters from rivers and floodplains flow into the ocean, mangroves filter a lot of sediment, hence protecting coral reefs. This function will be sorely missed when the areas die off.  The trees of mangrove forests support rich fisheries and provide timber and wood for fuel. They also help in protecting shorelines from erosion.

These coastal forests protect the coastal ecosystems from storms and tsunamis as they absorb waves that hit the coast. Thus, they limit the impact of storms and rising sea levels.

Local rangers informed the researchers about creatures like shellfish are dying in the wake of this massive destruction. Reports have started doing rounds about dead seagrass washing up on the shore. The sign looks ominous for turtles and dugongs that are largely dependent on seagrass communities for survival.

In a 2015 study on these coastal forests in Australia, it was observed for the first time that the future of mangroves may also depend on the flow of mud. A research team led by Cath Lovelock from the University of Queensland, Australia, noted that mangroves and mud are inseparable since the forests draw sustenance from a regular flow of mud. When rivers sweep muddy water towards the coast, the roots of the trees in mangroves trap the suspended sediment.

Inland dams are choking the mangroves of their supply of sediments as they reduce the flow of sediment downstream. The forests are not able to grow fast enough to match up to the rising sea level when the roots of the trees are deprived of the muddier water. Hence, many mangroves may soon disappear beneath the waves.