Climate deal signed in Paris is weak and unambitious: CSE

The phrase ‘historical responsibility’ has been erased from the Agreement. This weakens the obligations of developed countries, says Centre for Science and Environment 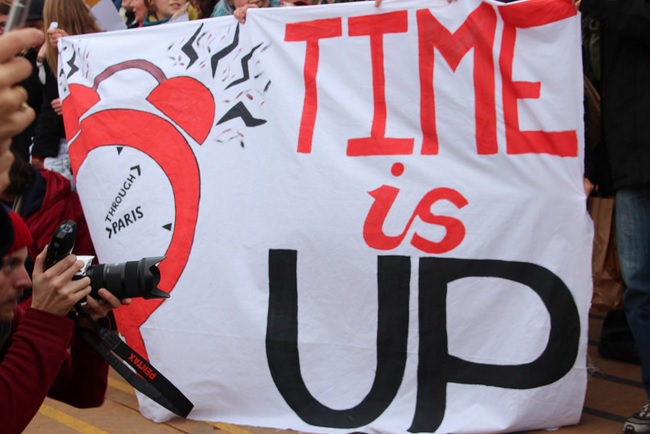 The much anticipated Paris Agreement on climate change was adopted by all members of the United Nations Framework Convention on Climate Change (UNFCCC) at about 7:30 pm local time on Saturday, nearly 24 hours after the official deadline of the Paris climate summit. The Paris agreement will now be open for ratification by each member nation from April 2016 onwards.

The agreement has come after an intense two weeks of negotiations and represents a lot of compromises made, particularly by developing countries. Developing countries have got “words” and promise of money while developed countries have finally got rid of their historical responsibility of causing climate change. They have no legally binding targets on finance or emissions cuts.

“The phrase ‘historical responsibility’ has been erased from the agreement and this weakens the obligations of developed countries to take actions due to there past emissions. Without historical responsibility, equity will now be interpreted only through the words ‘respective capabilities and national circumstances’ further removing differentiation between the climate actions of developed and developing countries,” says Chandra Bhushan, deputy director general at Delhi-based non-profit Centre for Science and Environment (CSE).

To erase any notion of historical responsibility, the developed countries have gone to the extent of mentioning in the text that the loss and damage due to climate change “does not involve or provide a basis for any liability or compensation”.

Analysis of the adopted text:

What has India won and lost

“On the whole, the draft Paris agreement continues to be weak and unambitious, as it does not include any meaningful targets for developed countries to reduce their emissions. It notes that climate injustice is a concern of some and it maintains that the agreement will be under the UN convention. But as it does not operationalise equity and the term carbon budget didn’t even find mention in the text. This will end up furthering climate apartheid,” says Sunita Narain, director general, CSE.