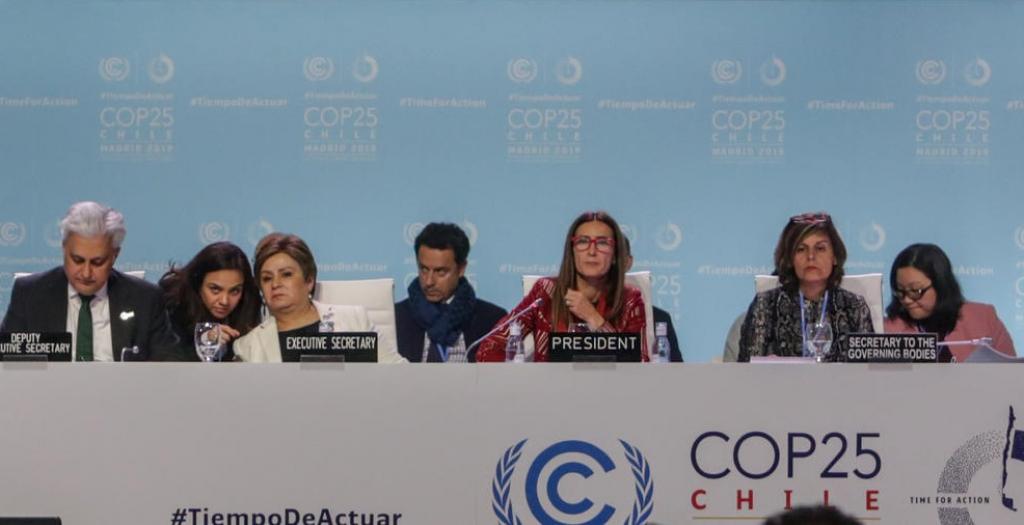 The 25th Conference of Parties (CoP 25) to the United Nations Framework Convention on Climate Change fell short on its primary deliverables — rules on markets and finance for ‘loss and damage’. However, it also needed to send a strong signal to countries going into 2020. There was more success on this front.

Prospectively speaking, the Paris Agreement requires countries to update their national targets (nationally determined contributions or NDCs) every five years. Since the Intergovernmental Panel on Climate Change (IPCC)’s Special Report on 1.5 degrees Celsius (°C) came out last year, highly vulnerable countries have wanted the CoP to push countries to update their NDCs in line with keeping warming under a 1.5°C threshold.

Current NDCs have us on track to warm the planet by more than 2.5°C. Without the IPCC’s findings, there would likely have been a willingness to let ambition reach for the 2°C threshold highlighted in Article 2 of the Paris Agreement. However, the Agreement also commits countries to make efforts to keep warming under 1.5°C, and the critical difference in impacts on vulnerable countries between 1.5°C and 2°C has brought that threshold to the fore.

However, several larger developing countries, China and India foremost among them, have objected to being pushed to update national ambition without developed countries delivering on past promises on emission reduction and finance. They have not, as we covered previously.

A workable compromise has been found in Madrid. The decision titled Chile Madrid Time for Action

“Re-emphasises with serious concern the urgent need to address the significant gap between the aggregate effect of Parties’ mitigation efforts in terms of global annual emissions of greenhouse gases by 2020 and aggregate emission pathways consistent with holding the increase in the global average temperature to well below 2°C above pre-industrial levels and pursuing efforts to limit the temperature increase to 1.5°C above pre-industrial levels.”

Formally recognising the emissions gap is critical. More to the point, the decision urges countries to submit NDCs in 2020 which are aimed at addressing that gap. This is a reasonably strong signal to update ambition leading into 2020.

It is probably a concession by developing countries that the stocktake is not explicitly focused on developed countries, which was the case in some earlier versions of the text. However, since they are the only ones with pre-2020 targets, it would be disingenuous to not focus the process on their underperformance.

All in all, a reasonably satisfactory outcome on this limited front, especially going into a year in which the United States pulls out of the Agreement. If countries have put it down in text, they will be expected to deliver new NDCs in line with the 1.5°C target, which could tide the Agreement past a tough year.

The challenge now in India is to design an equity-driven 1.5°C-compatible NDC which ties performance to finance effectively, while protecting the interests of our most vulnerable.