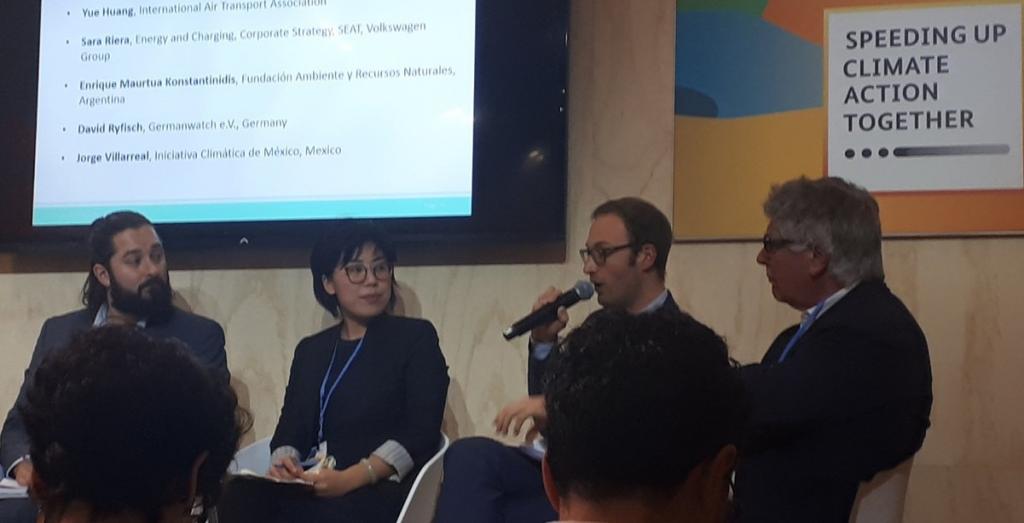 Published since 2005, the Climate Change Performance Index (CCPI) has become an important input in the conversation about whether countries’ climate targets (As well as progress towards them) are adequate to prevent catastrophic levels of climate change.

Sweden led the world, ranked fourth, followed by Denmark and Morocco. Among the G20 group of major world economies, the United Kingdom ranked the highest at seventh. India, ranked nine, made it to the top ten for the first time, (see Table) making it the only other G20 economy rated “High”. 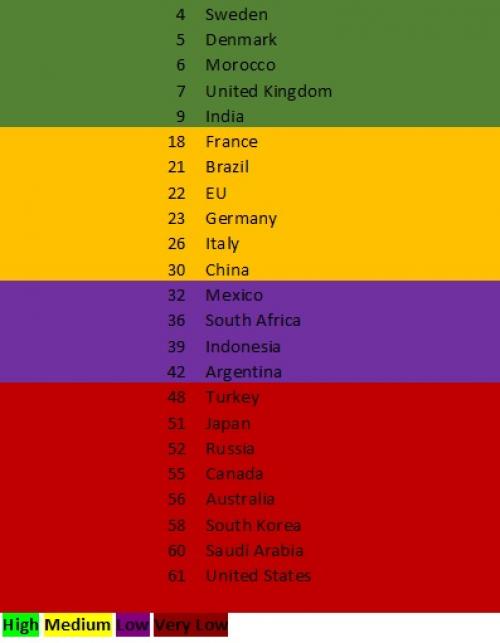 One might expect the United States (US) to have always ranked at the very bottom of such studies. But as the report notes, its rank of 61 this year makes this the first time in history that the position has not been held by Saudi Arabia. Calling US climate policy “highly problematic”, it notes that there is no target or even a policy for reducing the country’s very high GHG emissions, terming its farm and forest policies “extremely destructive”.

Noting that the situation has worsened under Trump, the report criticises the notion prevalent in the US that action by states, businesses and cities can deliver the country's climate commitments despite federal inaction. Internationally, it termed the US a "destructive player" at negotiations.

Australia (ranked 56) came in for even more severe criticism for its continued promotion of fossil fuels as exemplified by the approval granted this year to what the report calls the "highly controversial" Adani coal mine in Queensland. Terming the Morrison administration an “increasingly regressive force” in negotiations, the report notes the criticism of Australia’s low climate ambition by fellow Pacific Island nations, its dismissal of recent reports by the Intergovernmental Panel on Climate Change (IPCC), its failure to attend the Secretary General’s Climate Action Summit and it withdrawal of funding from the Green Climate Fund.

Noting the proactive role of Canada (ranked 55) in international negotiations, the report highlights a discrepancy “between international climate leadership and national implementation" and notes that the ambitious implementation of a pan-Canada coal price has been met with "pushback" by subnational governments.

Russia, the country leading the boom in natural gas which has displaced coal as the leading contributor to growth in emissions, ranked 52 due to its unambitious targets and its lack of a 2050 low carbon strategy, a carbon price signal or a plan to phase out fossil fuel subsidies. Indeed, new coal terminals continue to be constructed.

The report nevertheless appreciates that Russia's much belated ratification of the Paris Agreement, but emphasises the poor implementation of the country’s climate policy despite its “positive wording.”

Japan (ranked 51) has managed to reduce emissions, but the report notes that the trend is unlikely to continue. Japan’s targets, including its long-term strategy to reduce emissions by 80 per cent by 2050, are deemed inadequate. This, together with lack of leadership in the G20 and continued large provision of public finance for coal overseas accounted for the country's low rating.

Turkey ranks 48, the highest amongst the poorest-performing eight G20 countries. The country has still not ratified its Paris Agreement or submitted its NDC and is yet to develop a 2050 low-emission strategy or a coal phase-out policy. In addition, the future of the current renewable energy support system, expiring by the end of 2020, is still uncertain.

Among middle performers, the new government of Mexico (which slipped from rank 25 to 32) was criticised for being "considerably less engaged" in international negotiations. Ranked 30th this year, China climbed up three ranks but the economic slowdown and trade turbulence threaten its mitigation efforts. The report notes the country’s high dependence on coal but appreciates China's efforts at implementing a pilot emission trading scheme.

Ranked 23rd, Germany too climbed four places but, as the report notes, the announced 2038 coal phase out deadline has still not been enshrined in law. The report emphasises that new measures such as a proposed carbon pricing system due to begin operating in 2021 do not compensate for recent policy rollbacks on renewable energy. Nevertheless, Germany is ranked high at the international level for advocating ambitious climate action.

Surprising was Brazil's improvement in its ranking by one position to 21, despite deforestation rates being the highest in a decade, extensive forest fires, massive cuts to the fire prevention budget, and Bolsonaro's decision to reject G7 funding to fight arson. As the report notes though, these developments have not yet reflected in emissions growth.

On France which improved its ranking from 21 to 18, the report expressed concerns that social conflicts like the yellow vest movement were holding up progress.

The authors of the CCPI are hopeful that change is coming with the eroding economic viability of fossil fuels and with the finance sector slowly beginning to phase out fossil fuel investments.

It notes that climate change disproportionately impacts the most poor and vulnerable despite being mostly caused by the richest; and yet it is the most vulnerable countries who are setting the pace in ambition enhancement. Emphasising that climate justice and social justice are two sides of the same coin, the report calls on countries to act.

It is hoped that its strong language will propel poor performers to massively upgrade their climate ambition in new Paris Agreement targets due next year.

This is the first of a two-part series on the Climate Change Performance Index. The next article will cover the better performing countries as well as the study's methodology