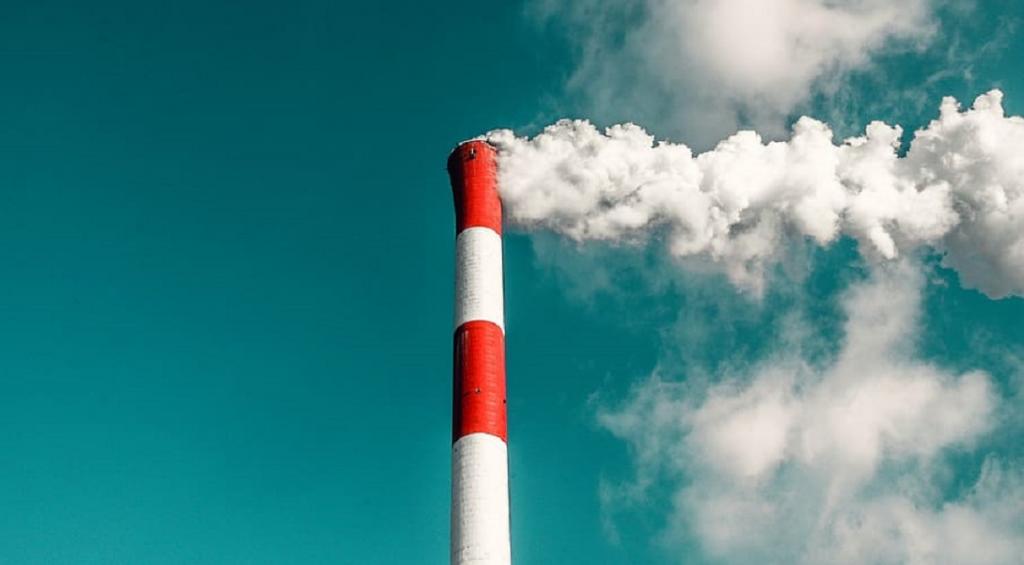 The Intergovernmental Panel on Climate Change (IPCC)’s report last year on Global Warming of 1.5°C indicated that the world as a whole needed to achieve net zero carbon emissions by 2050.

Due to the objections of the United States, Russia, Saudi Arabia and Kuwait, the 24th Conference of Parties (CoP) in Katowice last year did not formally adopt the report and merely welcomed its “timely completion” while “inviting” countries to use it in United Nations Framework Convention on Climate Change (UNFCCC) discussions. Nevertheless, “net zero by 2050” has become a new mantra in the year since the last CoP.

France and Britain vied with each other in 2019 to become the first country to enshrine a net zero target in law. Britain won the race on June 12, becoming the first country in the G7 to introduce such a law, while France followed later that month. New Zealand introduced its own law in November this year. The European Commission has just announced a Green New Deal, promising a similar law.

One key cause of concern in the three laws passed this year is their misinterpretation of the goal set by the IPCC. 2050 is the target year for the world as a whole to reach net zero.

Developed countries need to reach net zero earlier, around 2030, in keeping with the principle of Common But Differentiated Responsibilities and Respective Capabilities enshrined in the 1992 UNFCCC and reiterated in the Paris Agreement of 2015.

Another issue arises dues to the change from defining targets in terms of all greenhouse gas (GHG) emissions to defining them in terms of CO2 emissions alone. Globally, CO2 accounted for 69 per cent of all GHG emissions in 2015, with the figure being 72-74 per cent for France and the UK.

This means that their net zero targets are actually less ambitious than these countries’ previous long term targets (see Greenhouse gas abatement in 2050 over 1990 levels), particularly in the case of the UK. 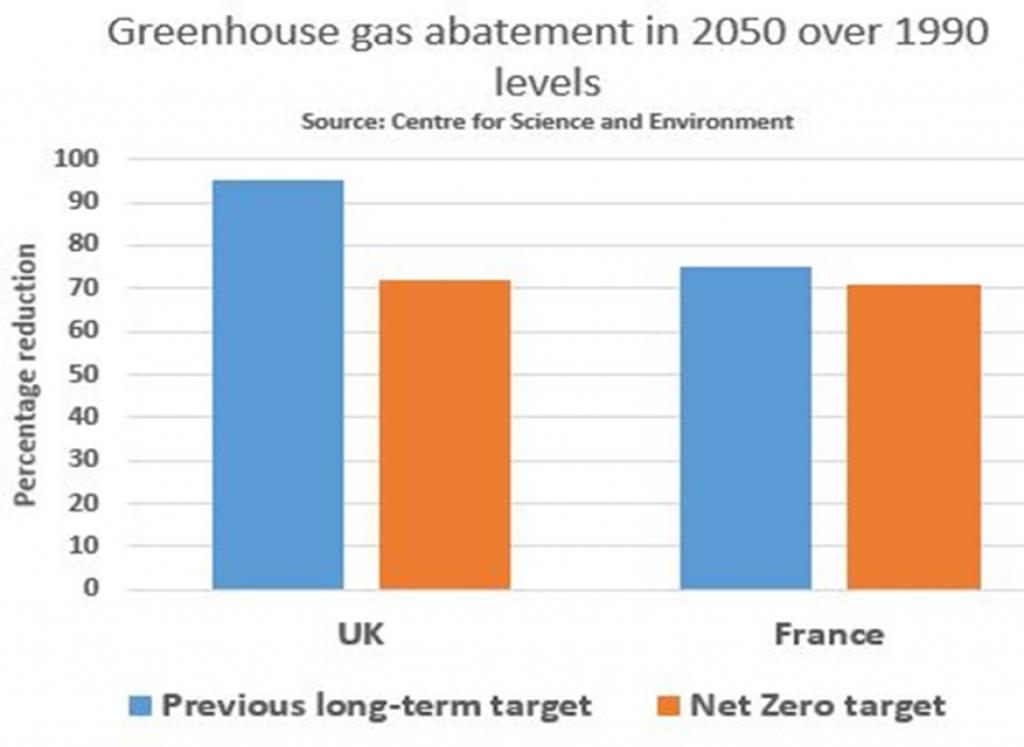 The lack of ambition embodied in a 2050 net zero target is even starker in the case of New Zealand, where CO2 accounted for only 45 per cent of all GHG emissions in 2017. The country’s net zero law calls for net zero greenhouse gas emissions by 2050, except for biogenic methane for which cuts of 24 to 47 per cent over 2017 levels are proposed.

Thus, the country’s law is seemingly more comprehensive than the UK and France in covering all GHGs. But the country’s large agricultural and livestock sector means that biogenic methane, which accounted for 36 per cent of its gross greenhouse emissions, is the country’s largest contributor to GHG emissions; a position held in most other countries by the power or transport sectors. Indeed New Zealand is the world’s largest emitter of methane per capita, emitting over six times the global average.

Even the lower limit for biogenic methane abatement has been called “eye-wateringly hard for farmers to achieve” by the country’s Federated Farmers. Nevertheless, even if New Zealand abates its biogenic methane emissions by the upper limit, it will have abated GHG emissions by barely 56 per cent over 1990 levels (see Greenhouse gas abatement in 2050 over 1990 levels under New Zealand's net zero law).

This is a far cry from Prime Minister Jacinda Ardern’s claim that the law puts New Zealand on “the right side of history”. In this context, the European Commission's Green New Deal's ambigously-worded targets of 'climate neutrality' is concerning. 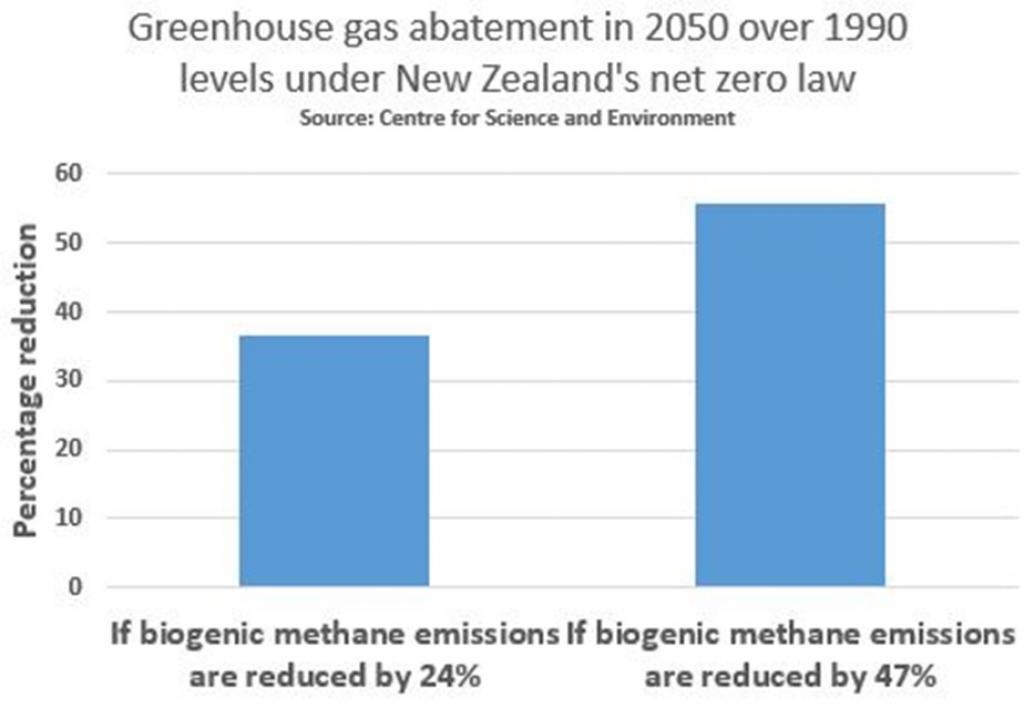 Leaders have countered this criticism by arguing that abatement of other GHGs would continue; France’s minister for the ecological transition François De Rugy argued that the new law would lead to an 87.5 per cent reduction in GHG emissions, higher than the previous target of 75 per cent.

Nevertheless, the fact that a target for abatement of GHGs as a whole is no longer enshrined in law (as it once was in the UK) is a cause for concern. The IPCC’s recommendations on carbon abatement depend critically on the rate of reduction of other GHGs. The new net zero laws, which provide no way of ensuring that these other gases reduce at the required rate, are thus not in keeping with the spirit of net zero.