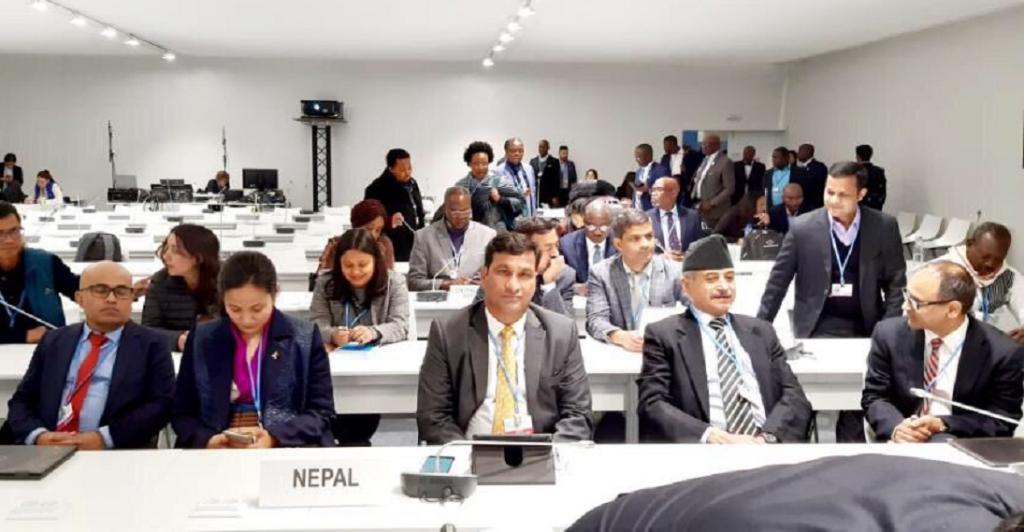 There are two worlds existing simultaneously at the CoP 25 in Madrid. One of these is hidden behind the closed doors of negotiating rooms where representatives of national governments are fighting tooth and nail over the most critical issues regarding the operationalisation of the Paris Agreement (PA) and coming to a consensus, a world that seems dismal at present.

The second world is outside these rooms and seems oblivious to the first. It comprises of young activists, heads of government and other stakeholders showcasing evidence of the impacts of climate change in their respective countries and demanding urgent action.

The tension between these two contrasting worlds was well highlighted by Josaia Voreqe Bainimarama, the prime minister of Fiji, at the High Level Segment of the CoP 25 on the morning of December 10, 2019.

Referring to Fiji being a part of the Pacific Small Island Developing States he said that “as nations on the front lines of devastating cyclones and catastrophic sea level rise, we are a block of 10 member-states united by a shared resolve to meet the climate emergency with boldness and with ambition. This sense of ambition must carry us — and the world — forward as we prepare for CoP 26 in Glasgow. But that essential ambition is far off course, as our priorities here in Madrid have run into challenges that, much like the crisis itself, are man-made.”

He further specified that the negotiations regarding the thorny issues of Article 6 of the PA which deals with carbon markets and climate finance required for covering the loss and damages being faced by countries most vulnerable to climate change, especially the Warsaw International Mechanism (WIM) have not moved forward.

He said that “instead of taking ambitious steps forward, we’re seeing backwards attempts to re-write the Paris Agreement and bring in credits that have already been created under the Kyoto Protocol (KP)”, referring to the carry forward of carbon credits from KP to PA and the double accounting of credits under Article 6, points of contention that parties were hoping to resolve in Madrid.

Though other leaders like the Swedish deputy prime minister Isabella Lövin and executive secretary of the United Nations Framework Convention on Climate Change (UNFCCC), Patricia Espinosa also highlighted the importance of reaching a consensus on Article 6, they did not mention the roadblocks hindering the progress of negotiations.

For instance, at the SBI plenary agenda, item 9, which deals with the Report of the executive committee of the WIM for Loss and Damage associated with Climate Change Impacts and the 2019 review of the mechanism was not agreed upon by the negotiating parties. The representative from Egypt, also speaking for other African nations expressed concern at this development.

He also expressed similar concern regarding the no consensus on the agenda item 10 which deals with the Report of the Adaptation Committee, noting that the African nations want to push the climate adaptation agenda and urged other parties to also engage on the issue.

Regarding the agenda item 7 which deals with the scope of the next periodic review of the long-term global goal under the convention and of overall progress towards achieving it, the representative from China pointed out that “some developed countries are not in favour of this item that has been put in place by the convention (UNFCCC).

He urged the parties to engage constructively and move forward. “We urge the developed countries to be part of the process. We are deeply concerned,” he stated.

While all the rest of the documents where consensus was reached have now been handed over to the political negotiators, negotiations on these important issues remains a glaring concern.

Countries like Fiji which are most vulnerable to the impacts of climate change and are already facing the brunt of sea level rise and increasing frequency and intensity of extreme weather events will have to hold onto the next session of the UNFCCC CoP in Glasgow, where the two worlds shall meet again.