Climate Emergency CoP 25: What leaders will discuss at the meet 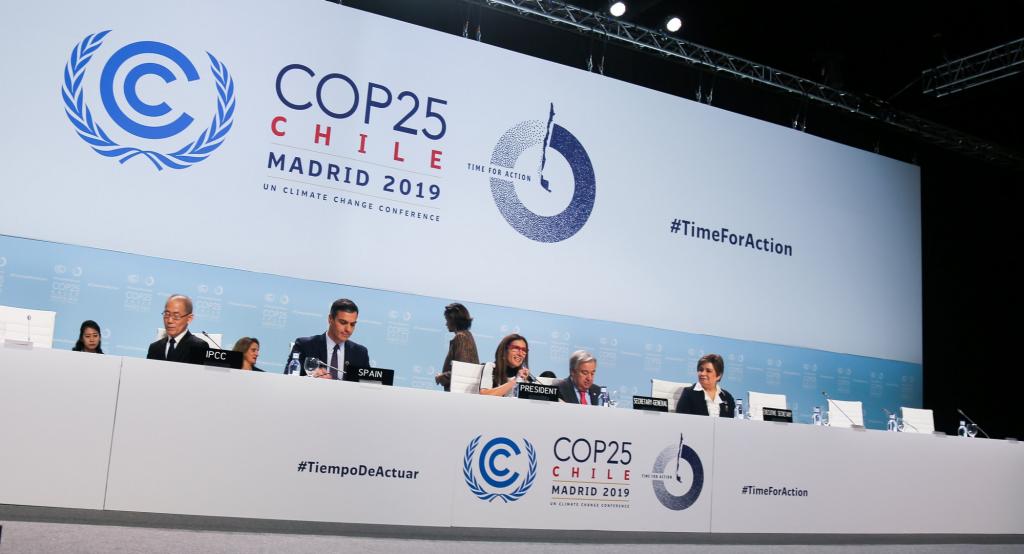 As heads of state meet in Spain to determine the fate of the heating planet, they are expected to discuss a slew of topics at the ongoing Conference of Parties (CoP). These include rules on carbon markets, loss and damage, as well as the question of “net-zero” and the new emission mitigation targets due next year.

Article 6.2 deals with Internationally Traded Mitigation Outcomes (ITMO), which refer to bilateral or multilateral markets such as the EU Emission Trading System. Negotiations will seek to unravel the “spaghetti bowl” problem caused by each market having its own standards and rules. Countries which use ITMOs to meet their mitigation targets are required to promote sustainable development and apply robust accounting systems to prevent the double counting of emissions reductions. The specific guidelines on these are expected to be finalised in Madrid.

Article 6.4 sets up a centralised, global platform to trade standardised carbon credits. Informally referred to as the Sustainable Development Mechanism (SDM), it is the successor to the Clean Development Mechanism (CDM) under the Kyoto Protocol. To deal with the fatal failures of the CDM, the SDM aims to foster sustainable development in the process of emission mitigation. It also has the mandate to deliver an overall mitigation in global emissions, rather than just promote the national use of credits to meet mitigation targets.

The Article emphasises the elimination of double counting, which means a carbon credit can only be counted towards achieving the national target of one country. But this is much harder under the Paris Agreement because the incentive for double counting has increased owing to all countries taking on national targets. As under CDM, a share of the proceeds from the credit trade will go towards the cost of adaptation in developing countries. The rules for all of these are also to be finalised in Madrid.

Loss and damage, which deals with unavoidable and irreversible impacts of climate change, is another key aspect of climate up for negotiations in Madrid. At COP 19 in 2013, the Warsaw International Mechanism on Loss and Damage (WIM) was set up to address the question, followed two years later by the inclusion of loss and damage in Article 8 of the Paris Agreement.

Net-zero emissions is another question that world leaders need to have an urgent conversation on, even though it does not feature on the formal agenda. According to the Intergovernmental Panel on Climate Change’s (IPCC) 2018 report on Global Warming of 1.5°C, to limit the global mean temperature rise to 1.5°C, the world must become a net-zero carbon emitter by 2050; withdrawing as much carbon from the atmosphere as it emits. To stay below 2°C, this target needs to be achieved by 2070-2085.

Out of five developed countries with net-zero legislations, four aim to decarbonize by 2050. However, 2050 is a deadline for the world as a whole. Interpreted in the light of the UNFCCC's foundational principle of common but differentiated responsibility, this means that developed countries need to reach net-zero much earlier, around 2030. Moreover, to keep warming under 1.5°C or even 2°C, drastic emissions cut are needed before 2030. The conversation on long term targets must emphasise the urgency for immediate action.

Nationally determined contributions, agreed under the Paris Agreement, are also expected to be discussed at Madrid. NDCs need to be upgraded every five years, so countries must submit the second round of NDCs in 2020. Even if all countries honour their present round of NDCs, global emissions in 2030 will still be 30 per cent higher than the 2°C limit and 120 per cent higher than the 1.5°C limit, according to the UNEP’s 2019 Emissions Gap Report. The report estimates that, as a whole, countries need to increase their climate ambition three-fold to meet the 2°C target and five-fold to meet the 1.5°C target. It is essential that this ambition enhancement is also driven by the principles of equity and common but differentiated responsibility.