Climate Emergency CoP 25: Will the world be net carbon zero by 2050

To attain the 1.5°C warming target, the world must completely stop using coal

The demands for net zero emissions gained momentum because of a headline-grabbing report published by the Intergovernmental Panel on Climate Change (IPCC) last year — Global Warming of 1.5°C.

The report said that for a 66 per cent chance of keeping warming under 1.5°C, the globe could afford to emit 420 to 570 gigatonnes of carbon between 2018 and 2100. If emissions stayed at the 2018 levels of 37 gigatonnes of carbon dioxide equivalent (GtCO2e), the world would exhaust its carbon budget in 12 years. 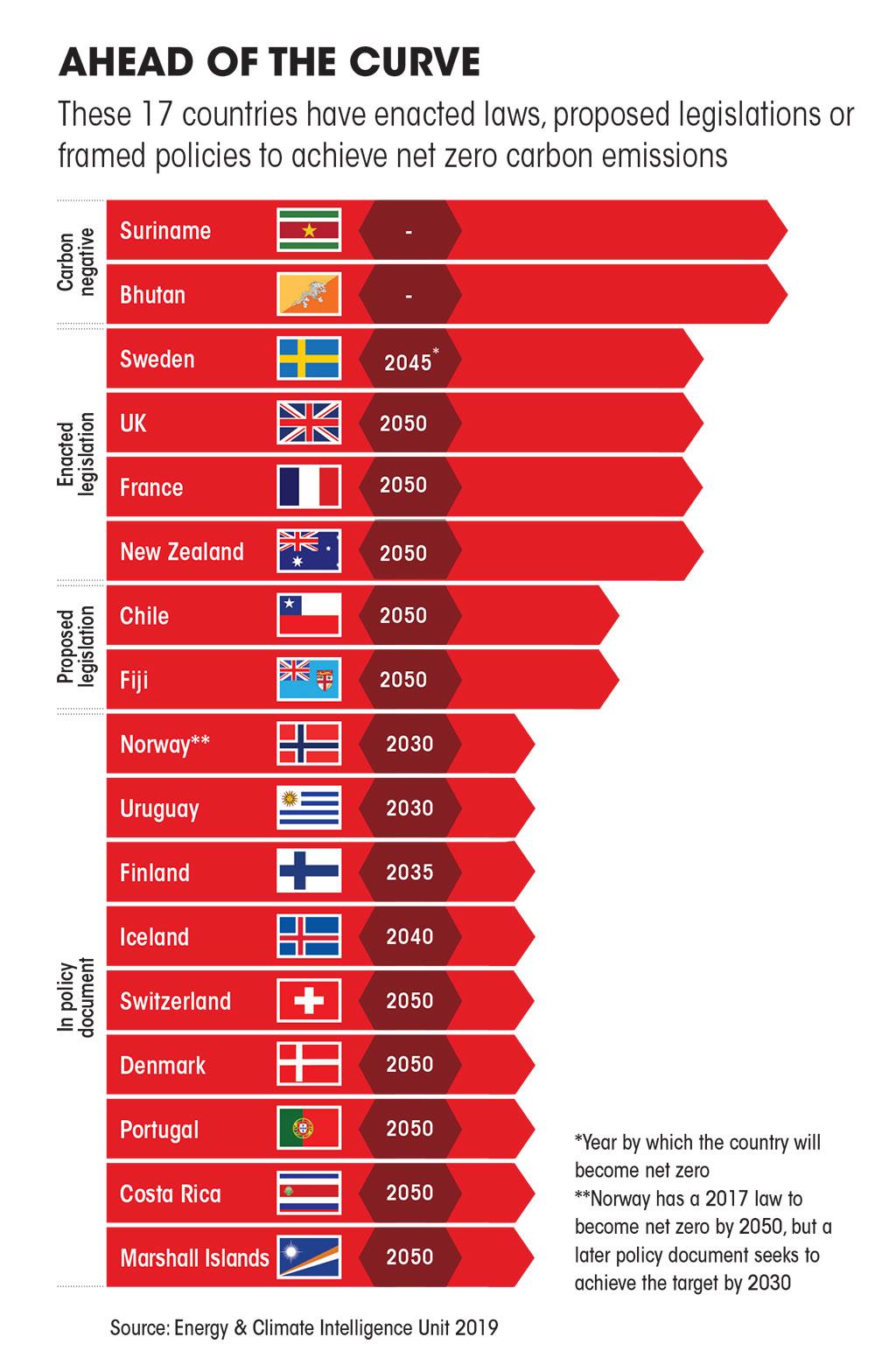 For this, the 1.5°C report states, the world must completely stop using coal to meet its energy needs and shift completely towards renewables and gas. Second, it must also focus on ways and means to remove large amounts of carbon from the atmosphere.

That does not mean every country can wait till 2050 to become net zero. Developed countries must naturally push towards it much earlier. Suzana Carp, the Brussels Office Lead at European climate policy think tank Sandbag, is clear that only action before 2030 can contribute towards meeting the 1.5°C and 2°C scenarios. “The 2050 discussion is inconsequential unless it focuses on heavy reductions before 2030,” she says.

This distinction is particularly important when considering that the lion’s share of the carbon budget so far has been consumed by developed countries. That inequity is set to continue for the next decade at least, with one critical exception — China. China’s growth has been used by developed countries to dilute demands for equity, but this unique case does not reflect the persisting differences of responsibility and capability between developed and developing countries.

National net zero targets should reflect that differentiation. Yet, the developed world continually invokes net zero and 2050 without honouring the spirit of those targets. Of the five developed countries with national net zero legislation—Sweden, Norway, UK, France and New Zealand — only Sweden aims to become net zero before 2050.

In sum, net zero is a climactic necessity, but very few efforts live up to the slogan. A true national net zero target will be based on scientific estimates of the potential to enhance natural sinks and a conservative estimate of the technological potential to remove carbon dioxide at scale. It will allow carbon credits only where generated from high-integrity markets targeted at otherwise difficult or expensive mitigation solutions. Most critically, it will set a deadline based on the pillars of any climate solution — equity and common but differentiated responsibility.