Climate justice, now: Latest IPCC report just told us why we need that 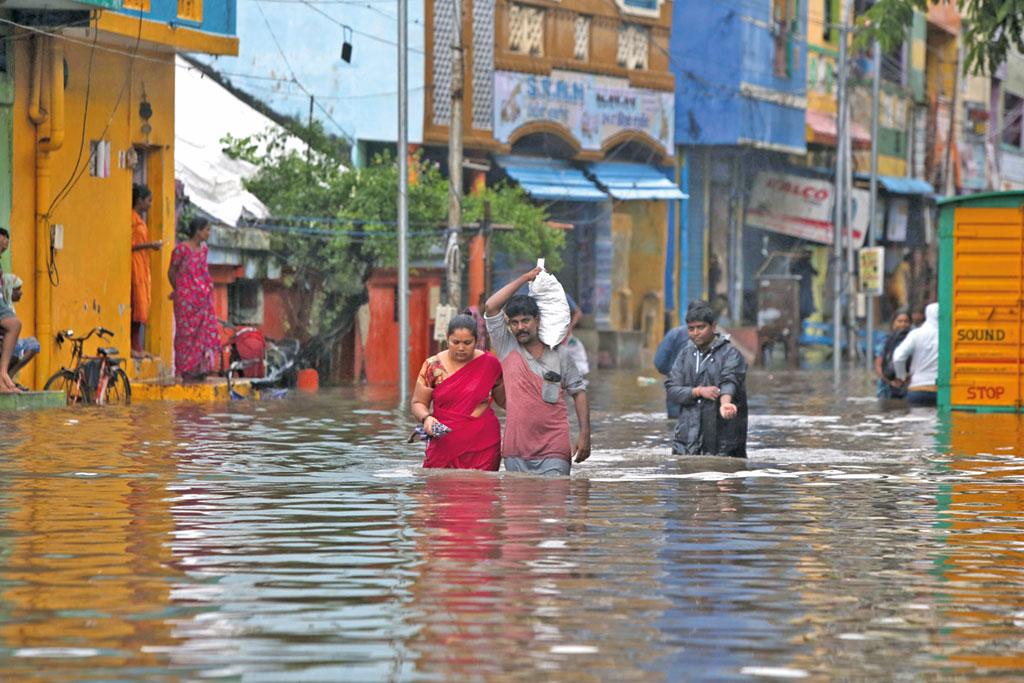 The world’s top authority on climate science has finally started to acknowledge and provide evidence for what everyone knew all along. The Intergovernmental Panel on Climate Change (IPCC) has so far published two instalments of its Sixth Assessment Report (AR6).

While the first report, (The Physical Science Basis) released September 2021, unequivocally attributed extreme weather events to climate change, the latest, released on February 28 this year, lays bare that inequality makes certain communities and countries more vulnerable to climate change impacts. In this report, IPCC for the first time authoritatively states that climate justice now needs to be at the centre of global policy-making.

The report, Climate Change 2022: Impacts, Adaptation and Vulnerability, compiled by 270 authors from 67 countries, incorporating research from over 34,000 scientific papers, identifies 127 risks to natural and human systems and notes that nearly half the global population now lives in settings that are “highly vulnerable to climate change.”

“The poor typically have low carbon footprints but are disproportionately affected by adverse consequences of climate change,” it states, adding that they lack access to adaptation options. The report identifies that the most vulnerable regions are located in Global South — East, Central and West Africa, South Asia, Micronesia and in Central America.

These regions already reel from the compound challenges of high levels of poverty, inadequate access to basic services like water and sanitation, gender inequalities and poor governance.

Providing evidence base for the vulnerability of Global South, the report states that observed average mortality from floods, drought and storms is 15 times higher for countries ranked as “very high” vulnerable, such as Mozambique, Somalia, Nigeria, Afghanistan and Haiti compared to "very low" vulnerable ones, such as the United Kingdom, Australia, Canada and Sweden in the last decade.

More than 3.3 billion people live in countries classified as very highly or highly vulnerable, while 1.8 billion are in countries with low or very low vulnerability. Worse, the population in most vulnerable countries is projected to increase significantly by 2050 and 2100. 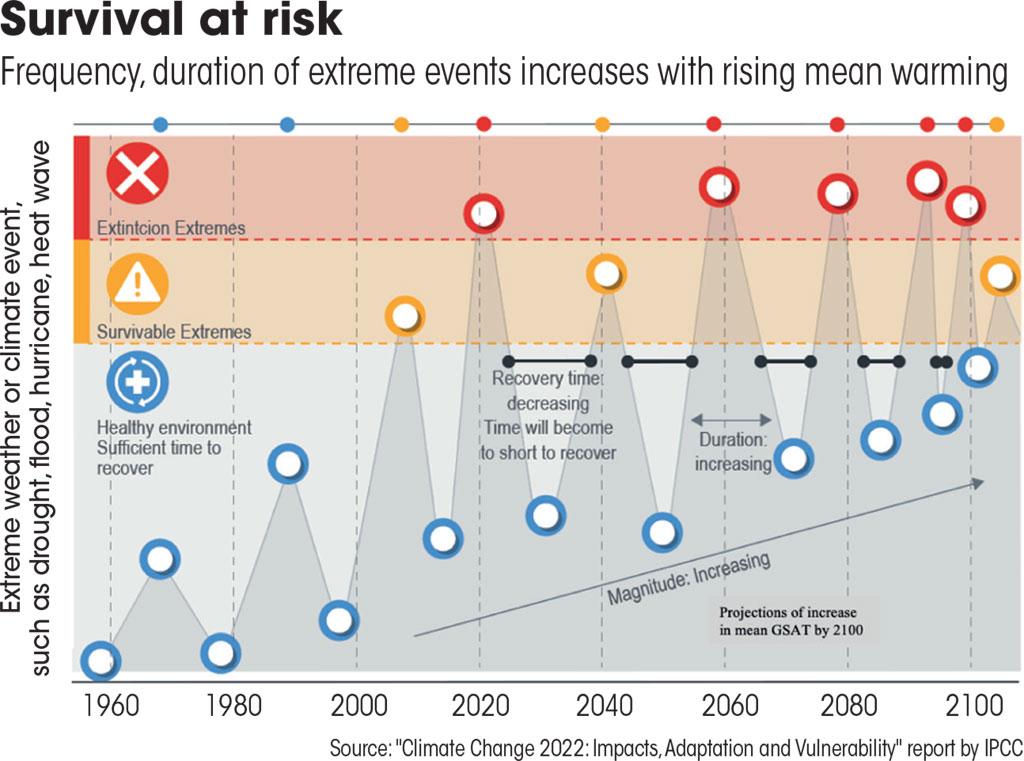 Poverty trap in the making

While climate change is already causing more frequent and severe floods, heat waves, wildfires and habitat destruction, the biggest impact will be on agricultural systems. Yields of major cereal crops in climate-affected areas are already significantly lower than they were, due to today’s current 1.1 degree Celsius increase in global temperature averages above pre-industrial levels.

If that number reaches 1.5°C, the target set out by the IPCC in an earlier report as the highest we can go before a total climate disaster, about 8 per cent of the world’s farmland would become unsuitable for agriculture. An increase of 2°C, or more, could be catastrophic, said Debra Roberts, one of the report’s co-chairs, in a press conference.

Without strong adaptation measures, the report states, losses and damages will likely be concentrated among the poorest vulnerable populations. Though the impact of crop failure will be felt worldwide, this will be particularly acute in Africa, Asia, Central and South America, on small island nations and in the Arctic.

At 2°C of warming, people in sub-Saharan Africa, South Asia and Small Island Developing States will face severe food shortages and malnutrition. This will require farmers and agricultural systems to adapt, from adjusting growing seasons to switching crops or installing water-saving irrigation systems.

Climate change is likely to force economic transitions among the poorest groups, accelerating the switch from agriculture to other forms of wage labour.

Even with moderate climate change, people in vulnerable regions will experience a further erosion of livelihood security that can interact with humanitarian crises, such as displacement and forced migration and violent conflict, and lead to social tipping points that can also be coupled with environmental tipping points. Under an inequality scenario, the projected number of people living in extreme poverty may increase by 122 million by 2030.

Risk of extreme impoverishment increases for low-income people experiencing repeated and successive climatic events, whereby before they have recovered from one disaster, they face another impact. For example, in mountainous regions, where the combination of glacier recession and extreme rainfall result in landslides.

There is robust evidence that this effect has been observed around slow- and rapid-onset climate events related to drought, such as rising temperatures, heatwaves, and rainfall scarcity with devastating consequences for agriculture. 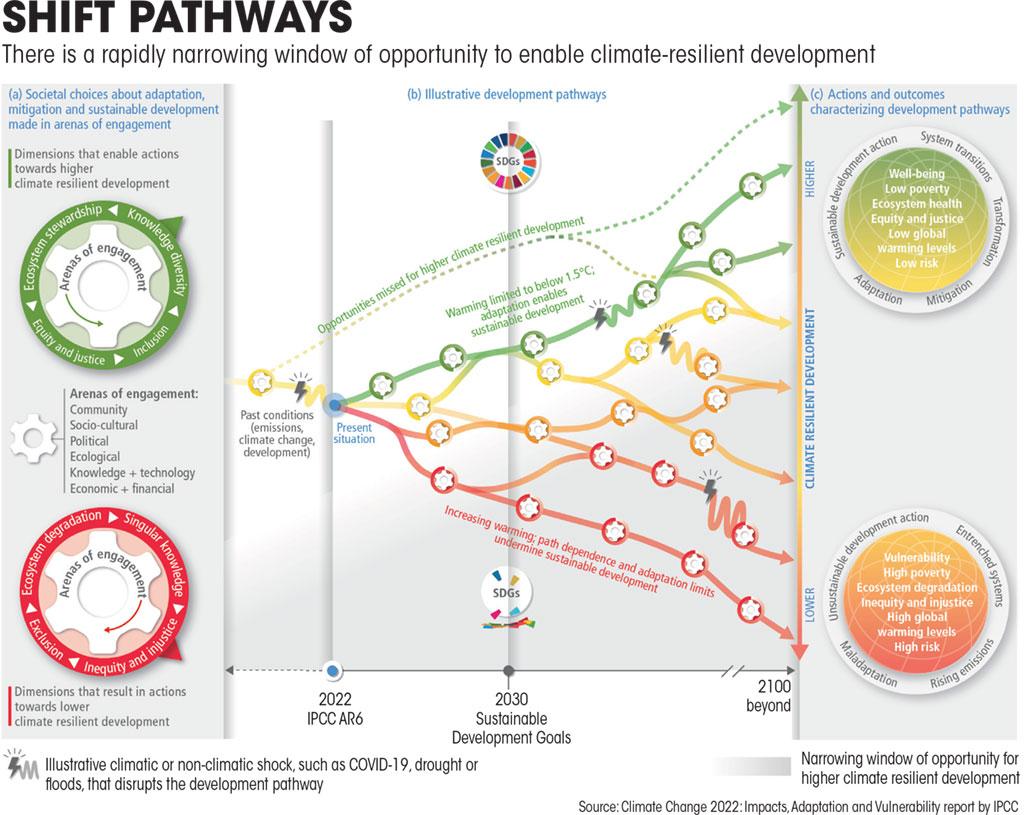 The report also provides evidence that climate change may exacerbate poverty indirectly by increasing cost of food, housing and healthcare, among other rising costs borne by the poor.

“Overall, there is more evidence that even under medium warming pathways, climate change risks to poverty would become severe if vulnerability is high and adaptation is low,” states the report, which has found that across 92 developing countries, the poorest 40 per cent of the population experienced losses that were 70 per cent greater than the losses of people with average wealth.

Climate change risks also carry the risk of amplifying or aggravating existing tensions within and between communities and countries. The report added:

Considering the disproportionate impacts of climate hazard on most vulnerable groups and regions and their relatively minor contribution to anthropogenic climate change, it is evident that vulnerability reduction and adaptation to climate change have also to be seen as an issue of climate justice and climate-just development, the report concludes.

It, however, states with “high confidence” that climate justice requires consideration of the legal, institutional and governance frameworks that significantly determine whether adaptation is successful in addressing the needs of the poor.