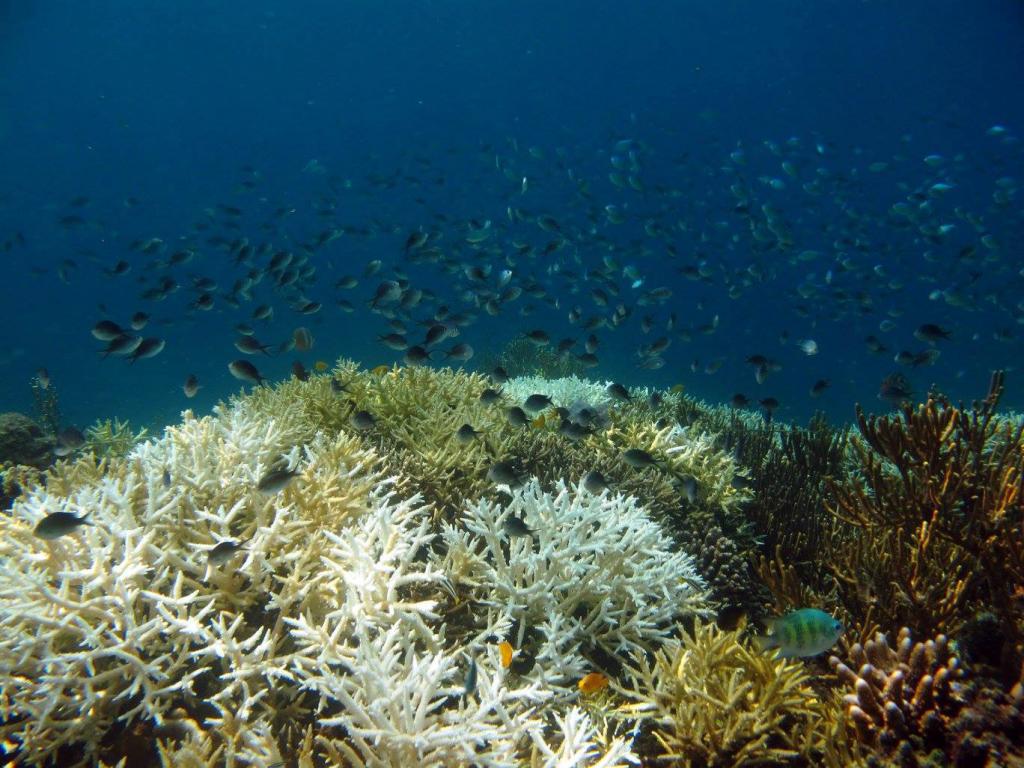 While some impacts can be beneficial, many are harmful, making it difficult to understand the overall effects of climate on individual species and ecosystems. Despite these challenges, we urgently need to understand how changing climate conditions affect marine life to plan and develop adaptation approaches to steward it effectively under climate change.

In our new study, my co-authors and I developed the Climate Risk Index for Biodiversity, which captures the climate risk for nearly 25,000 marine species and their ecosystems. This new index lays the groundwork for supporting climate-smart approaches to managing and conserving marine life.

We used a data-driven statistical approach to create a “climate report card” for each species and ecosystem that tells us which ones will win or lose under climate change.

This approach enabled us to study a broad spectrum of life forms, from microscopic plankton to large predators and whales, across all marine ecosystems from the tropics to the poles.

Just as a report card grades students on subjects such as math and science, we assessed each species on 12 specific climate risk factors depending on two different future scenarios — one with lower emissions and one with higher emissions.

The climate risk factors express how the innate characteristics of a species — their body size and temperature tolerance — intersect with past, present and future ocean conditions at all locations where they are found.

The resulting risk scale ranges from negligible (lowest) to critical (highest) and represents both the severity of harmful climate impacts on species and their likelihood of occurring.

Our study focuses on two possible shared socioeconomic pathway scenarios of how future society — and the greenhouse gas emissions it produces — could transpire. The results paint two wildly divergent pictures for marine life and people.

In the high emissions scenario, the global average ocean temperature will increase by three to five degrees Celcius by 2100. Under this scenario, almost 90 per cent of the 25,000 species we assessed were at a “high” or “critical” climate risk. The average species was at risk across 85 per cent of its geographic range.

The risk is highest in the subtropical and tropical ecosystems that tend to be biodiversity hotspots and in nearshore ecosystems that support 96 per cent of the global fish catch.

Top predators like sharks and tunas were at significantly higher risk than species further down the food chain, like forage fishes. Such predators can have massive effects on ecosystem structure and functioning.

Our findings also suggest severe ripple effects for people who most rely on the ocean. Under high emissions, climate risks for fished species such as cod and lobsters were consistently greater within the territories of low-income nations, where people depend more on fisheries to meet their nutritional needs.

This represents yet another example of climate inequality wherein low-income countries that have contributed the least to climate change, and are more aggressively reducing their emissions, are experiencing its worst impacts while having the lowest capacity to adapt to them.

Our study stresses that we are at a critical fork in the road and that choosing a more sustainable path that prioritizes climate mitigation will lead to clear benefits for ocean life and people.

Under this future, we found a reduced climate risk for virtually all marine life (98.2 per cent). The disproportionate risk for ecosystem structure, biodiversity, fisheries and low-income nations are greatly reduced or eliminated.

Our approaches to fisheries management, protected area planning and biodiversity conservation originated in a world with a relatively stable climate. But climate change is rewriting the rule books and threatening to undermine the effectiveness of these traditional approaches.

Cutting emissions is the most direct approach to reducing climate risks. Yet, even with strong mitigation, our study suggests that climate change will continue to affect marine life.

In addition to reducing emissions, it is imperative that we simultaneously find ways to adapt to a warming climate to protect our oceans.

We must incorporate new methods and adaptation strategies, develop capacity in under-resourced parts of the world and carefully weigh the pros and cons of adaptation measures.

Our study provides a new tool and index to help inform decision-makers when navigating these complex issues. It can assist with developing strategies to manage and conserve marine life under climate change, monitor changing climate risk and gauge progress towards risk reduction.

While our study paints a potentially grim future under high emissions, it also highlights how our oceans and marine life could benefit from climate change mitigation and adaptation and stresses the urgency with which we must work towards this goal.