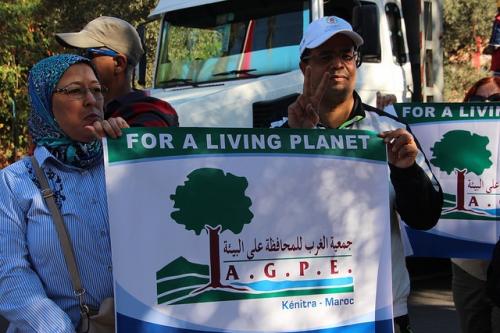 I have been in Marrakesh for over two days now to attend the UN climate conference (COP 22), and have heard nothing other than the word “Trump”. The discussions at Bab Ighli—the venue of the conference—are all about the Trump presidency and the chances of American withdrawal from the Paris Agreement. A veritable flood of media reports on the issue has complemented these discussions. Considering that the Paris Agreement came into force just 10 days ago, there is no excitement at COP 22; the mood is one of mourning, not celebration.

There are two strands of conversation taking place about Trump and the anticipated US withdrawal, one is straightforward and the other is spin-doctoring. The straightforward conversation is largely centred around speculation on how quickly and in which manner will Trump withdraw and its implications for the UN climate treaty. Within the climate change networks, legal documents are being exchanged about the possible route that Trump would take to leave the Paris Agreement. Reports are being circulated on the impact that the US withdrawal would have on funding of the UN Secretariat which organises these meetings. There are discussions on the fate of the Green Climate Fund and the proverbial mirage of billions of dollars that the developed countries promised to pay to the developing countries to combat climate change in Paris last year. There is a genuine concern about the fate of the Paris Agreement in these conversations.

Then there are the spin-doctors. Led by some US-based NGOs and academics (and involving some NGOs from other nations, including one from India), this group is trying to spin the conversation towards the view that the withdrawal of the US from the Paris Agreement is not that important. According to members of this group, even without Trump’s support, US industry and a few “climate-friendly” cities and states would ensure significant climate mitigation action domestically. Secondly, they are assuring everyone that the Paris Agreement will be alive and kicking even without the US.

The arguments being put forth by these spin-doctors is bizarre. One US academic has written that even if Trump jettisons the Paris Agreement now, he will join later as he gets more information on the subject and sees market opportunities in climate-friendly technologies. A representative of a prominent US-based NGO has written that the US withdrawal is an opportunity for China to take leadership of the climate change negotiations. Some American NGOs are compiling a list of countries that have supported the Paris Agreement following Trump’s victory to show that the US withdrawal would have little consequences for the Agreement.

But the arguments of these apologists are hollow and misleading. Let’s consider their contention that climate change mitigation would continue in the US despite Trump’s victory by looking at the following facts:

It is quite clear that fossil fuel production and consumption in the US is all set to increase in the coming years and Obama’s Clean Power Plan will most probably be junked. With this, the US commitment to reduce GHG emissions by 26-28 per cent below 2005 levels by 2025 will be thrown out of the window. It is important to understand that this commitment itself was meagre. On a 1990 baseline the US would have reduced emissions by a mere 13-15 per cent by 2025. If the US cannot meet even this meagre target, then any talk of continued climate change action “by states, cities, and businesses across the country” is a joke.

Let us now consider the argument that the Paris Agreement would have little effect even if the US withdraws. These facts are:

In a nutshell, then, without the US, the Paris Agreement, as it stands today, is as good as dead. No amount of spin-doctoring can refute this fact.

So, what is the way ahead? Should we try to convince Mr Trump to remain with the Paris Agreement (as UN Secretary General Ban Ki-moon has reportedly alluded) or should we allow him to leave?

Better off without US

Whether the US stays or leaves, Mr Trump’s presidency would be extremely destructive to the Paris Agreement. If it stays, Trump might do things that would be hugely detrimental. For instance, he may not provide the funds pledged. He may go back on the US commitment to cut down on emissions. He may demand disproportionate contributions from developing countries or demand a change in rules to suit US businesses .All this would slowly finish the Paris Agreement and even the UN Framework Convention.

At a time when 2016 has been declared as the hottest year on record (with the global temperature about 1.2O Celsius above the pre-industrial era) and there is a huge mitigation gap to meet the 2OCelsius target, we need countries to cut more emissions and quickly. This is the only way we can remain within the 2OC target. But a Trump presidency would not allow this to happen. In fact, as stated above, the US would dumb-down the ambition of all countries so as to allow Mr Trump to open more coal mines and frack more gas wells.

It is in this context that I think it might be better that the US leaves the Paris Agreement. The world has invested too much in these negotiations for the past quarter of a century to be destroyed by a climate change denier, who at the maximum would be the US president for the next eight years.

As the saying goes, “those who do not learn history are doomed to repeat it”. During the Kyoto Protocol negotiations, the US (under Bill Clinton’s presidency) pushed everybody and reduced the emissions cut target for the developed countries from 20 per cent to mere 5 per cent. The fear of Republicans and the Congress was used to sign a weak Kyoto deal. Then Bush Junior came and walked away from the Kyoto Protocol. Obama and his team used the same tactics from Copenhagen onwards to dilute the UN convention. Again the fear of the Republican Party and the Congress was used to sign a weak Paris Agreement. And now, Trump is planning to withdraw from this Agreement as well.

We should not let this happen again. The international community should never agree on a global climate agreement just for the convenience of one country, even if that country happens to be the most powerful (and polluting) country in the world. We should agree on a climate treaty, which is in the best interest of all, especially the poor and the vulnerable communities, and not for the expediency of a few.