COP22 summit kicks off with a message of collective responsibility 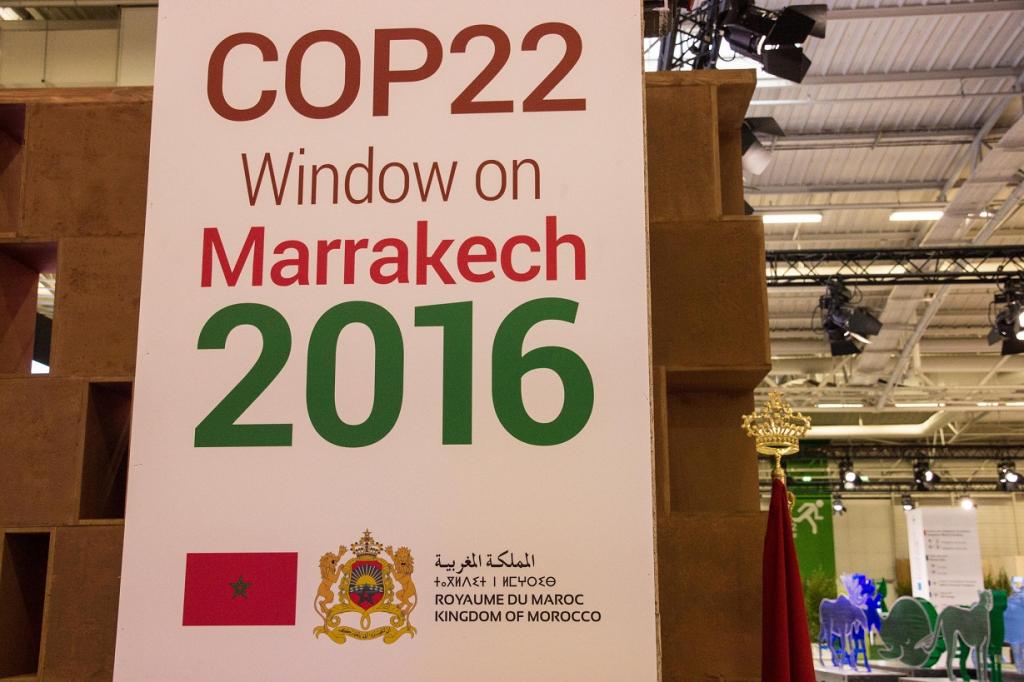 The COP22 President spoke about the responsibility towards safeguarding the most vulnerable societies. Credit: Climate Alliance Org / Flicker

The opening ceremony of the meeting was kicked off by the outgoing president of the COP21/CMP11, Segolene Royal expressing hope for a comprehensive progress in climate negotiations and actions for equitable support to face climate change across the world. Royal then passed the baton on to the current elected president of the COP22/CMP12, Saleheddine Mezouar. The transition of presidency was marked by a symbolic lighting of flower-shaped solar lamps among the delegates present for the ceremony.

The COP22 President stressed on the need to strengthen the support mechanisms to tackle climate change among the developing and most vulnerable countries around the world. “There is an urgent need to strengthen support mechanisms available to developing countries, there is a collective responsibility towards safeguarding the most vulnerable societies and the provision of required resources must be ensured,” said Mezouar in his statement during the opening ceremony.

The ceremony was taken forward by the executive secretary of the UNFCCC, Patricia Espinoza, who commended the early entry into force of the agreement but also called on urgent action as a follow-up to political will. “Achieving the aims of the Paris Agreement is not a given despite the early entry into force of the agreement. After two centuries of carbon-intensive development, there is an urgent need to address the needs to build capacity among developing countries in a manner that is both tailored and specific and developed countries must be supportive in this endeavour,” she said while laying importance on the need to pursue sustainable development.

The IPCC president, Hoesung Lee, announced a series of reports being planned till 2022 by the IPCC to provide scientific basis for action and global stocktake and also invited developing countries to nominate scientists to contribute towards this endeavor.

The opening ceremony was capped off with a concluding note by the mayor of Marrakech, Mohammed Larbi Belcadi, who highlighted the steps taken by Marrakech to follow a green path to development. The ceremony concluded with a cultural performance.