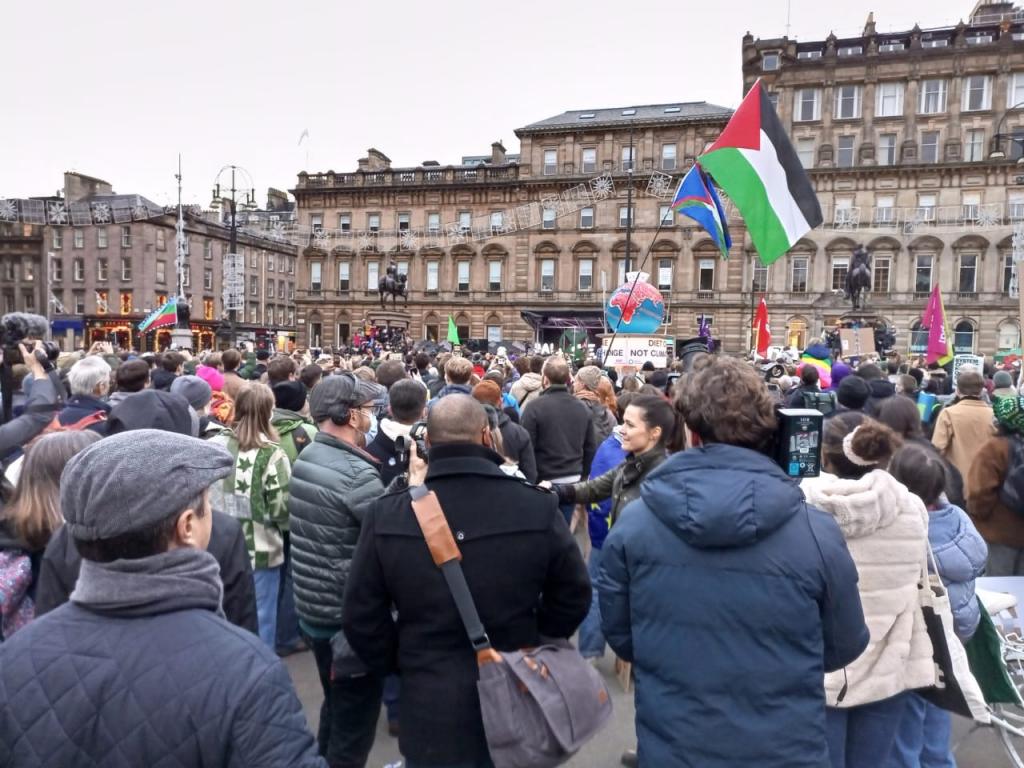 “What do we demand?” asks an activist from the stage at George Square, Scotland. “Climate justice”, roared back thousands. “When?”, further asked the young lady. “Now”, the roar turned into thunder of determined voices.

Led by Greta Thunberg, a teenage activist from Sweden, thousands across age groups rallied with ‘Fridays for Future Scotland’, a group of young protestors. The rally was followed by a mass meeting at the city centre. 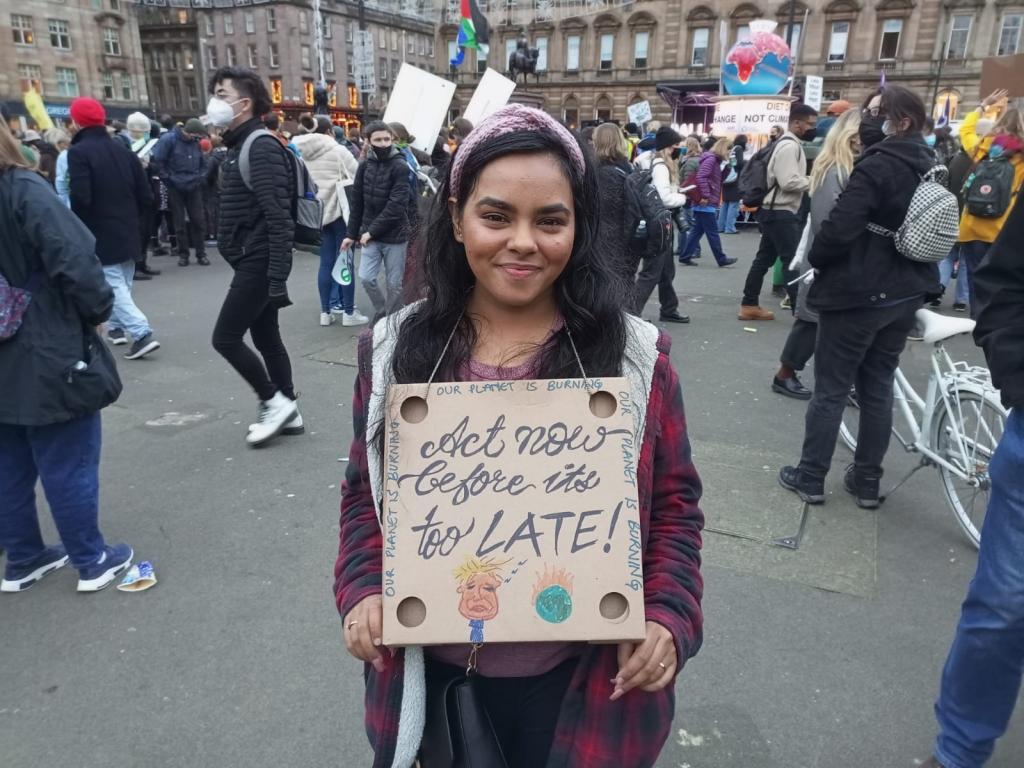 The demonstrators opposed the slow proceedings at the 26th Conference of Parties (CoP26) to the United Nations Framework Convention on Climate Change.

The global climate meeting was termed as “blah, blah, blah” by Thunberg in her address, announcing that CoP26 has been a “failure”. She addressed the crowd at George Square, saying “immediate and drastic” cuts to emissions are needed. 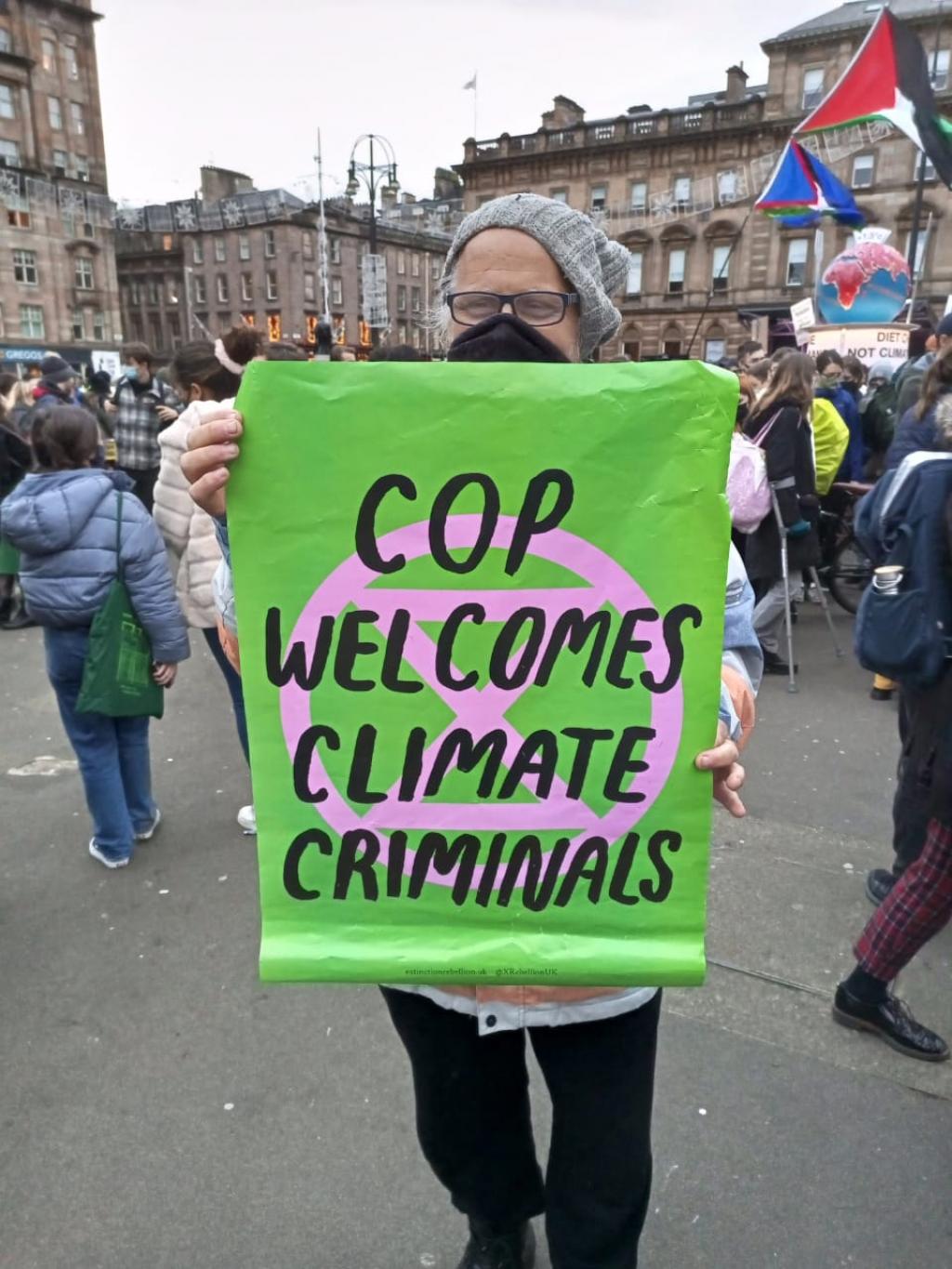 The young activist had earlier marched alongside thousands of young and old people, some of them coming from as far as Australia or Kenya to protest the current state of negotiation.

Most protesters rubbished the concept of ‘net-zero’ carbon emissions that has been the buzzword in every talk at the conference.

A septuagenarian at the rally said:

I am a grandmother and have come all the way from Stockholm on a bicycle to protest the dilly-dallying policies of the global leaders in climate talks. Science has been categorically telling us that we need action NOW.

An elderly couple from Australia came to oppose the pro-coal policy of their governments. “That must come to an end.”

Both observed that concepts like’ net-zero’ are not relevant as “the world needs action now”. 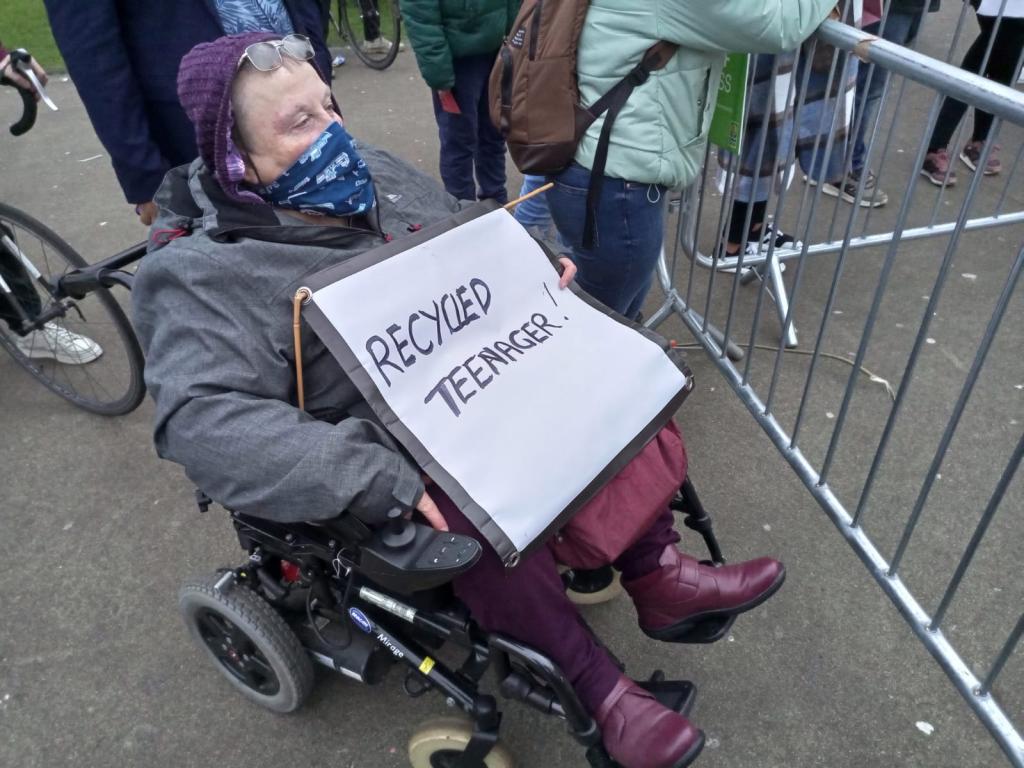 ‘Net-zero’ by 2030 may still be acceptable, but beyond that makes little sense, they felt. “Most science communications have been stating that a critical shift towards 1.5 degrees Celsius will start to happen by that time.”

“Give us our future back,” read the poster put up by two young girls from the Netherlands.

Read our full coverage of the ongoing global climate summit at Glasgow here: Conference of the Parties 26

The global south has been taken for a ride by the global north, a poster created by an activist from Uganda read. He recollected how the weather in Kenya has changed sharply since his childhood.

The protest is set to continue through the duration of CoP26.

All the photographs were taken by Jayanta Basu.