Climate change does not affect everyone equally: Women are disproportionately more vulnerable. This should ideally mean more women having a greater say in climate action, but do they? 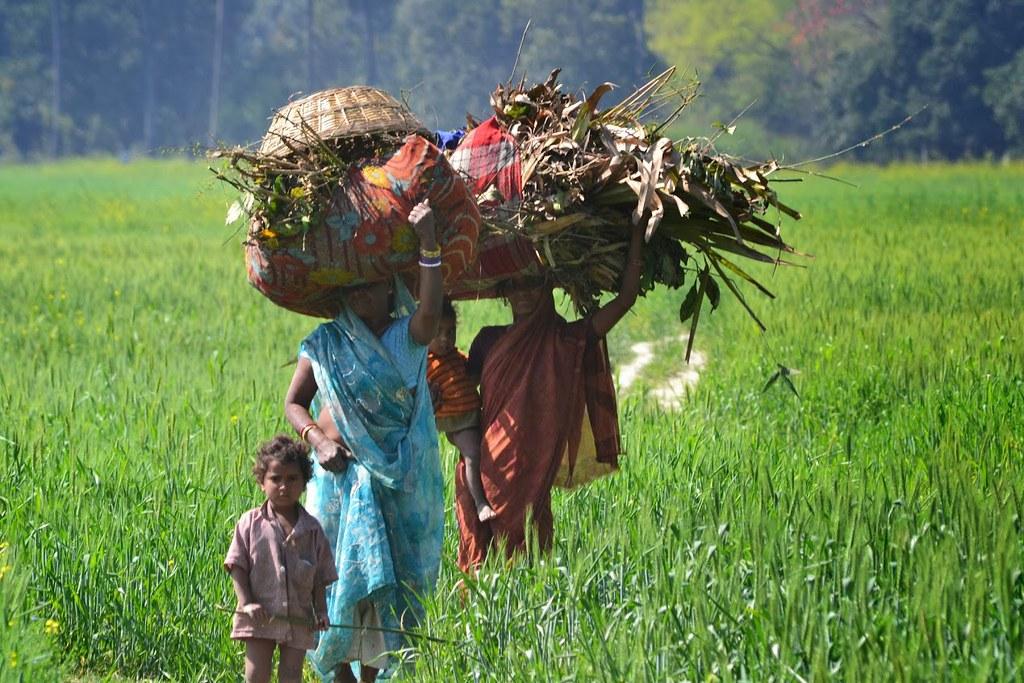 Climate change does not affect everyone equally: Women and girls are disproportionately more vulnerable to threats posed by the crisis. Rural women, informal workers, indigenous women, ethnic minority women, women with disabilities — women and girls in all their diversity — experience its impacts differently.

This should, in an ideal set-up, translate to more women on the frontlines — women who have a larger say in advancing gender-responsive climate action. But do they?

The upcoming 26th session of the Conference of the Parties (CoP26) to the United Nations Framework Convention on Climate Change (UNFCCC) has a task cut out, among many others: To take the enhanced gender action plan (GAP) adopted by the Parties at CoP25 a step further.

The two-week CoP26 summit will dedicate a day to gender issues, including a renewed discussion on the GAP.

Several non-profits, activist groups, and international delegations have reiterated the need for more women to play a more pronounced role in decision-making. The gender experts DTE spoke to, however, said the talk barely scratches the surface, and that effective mainstreaming of climate policy efforts is yet to be seen.

Women are responsible in many countries for gathering fuel, water and food, and hence, often suffer the most when shortages are caused or made worse by the climate crisis.

They don’t usually have land rights, so they are also more likely to be displaced in climate disasters. Studies have also found the climate crisis exacerbates gender-based violence against women.

Nearly 80 per cent of people displaced by climate change are women, according to the United Nations figures of 2018.

Women evidently suffer more from climate-induced catastrophes, not only because they do not have access to information and economic resources, but also because they lack a voice in influencing decision-making.

We see progress, but not much: Representation of women stood at 40 per cent or more in 6 of the 16 constituted bodies under the Convention, the Kyoto Protocol and the Paris Agreement, equivalent to that reported in 2020, according to a recent report by UNFCC published August 2021. On average, women occupied 33 per cent of all constituted body positions in 2021, as was the case in 2020.

Since 2013, female representation has increased in eight bodies, most significantly the adaptation committee (from 20 to 63 per cent) but also the Least Developed Countries Expert Group (from 15 to 46 per cent), according to UNFCC.

Similarly, International Union for Conservation of Nature (IUCN) 2015 data showed that only 12 per cent of 881 national environmental ministries across 193 countries were led by women. In 2020, the figure was 15 per cent, according to IUCN new data.

“There have been some important successes in this realm. We also see impactful efforts from women’s groups organising and leading on these issues, as demonstrated by Women's Earth and Climate Action Network’s recent Call to Action statement from the Global Women’s Assembly for Climate Justice, which they conducted in parallel with the UN General Assembly,” said Anita Raj, director, Center on Gender Equity and Health (GEH), University of California, San Diego.

She, however, flagged the inadequacy of progress on key GAP goals:

“We continue to see male-only presenters or members on key panels and decision-making groups. We do not see effective gender mainstreaming in most national climate policy efforts. Sex-disaggregated data is often not available, and we continue to lack clarity on what climate data indicators require sex disaggregation and what indicators are indicative of gender empowerment.”

The Guardian had reported how the United Kingdom in 2020 initially fielded an all-male top team for Glasgow, when it was scheduled to be held in 2020. It was supposed to be headed by the cabinet minister and CoP26 president Alok Sharma. There were 10 ministers, civil servants and other officials — all male.

The government appointed Anne-Marie Trevelyan, trade secretary in the UK government, to focus on “climate adaptation and resilience” upon receiving flak. “About 45 per cent of the CoP26 unit are now women, but almost all of the most senior public-facing roles are taken by men,” the report flagged.

Namratha Rao, research coordinator, Center of Gender Equity and Health, University of California, San Diego, said the Convention is yet to effectively define and operationalise enhanced role of women in the context of the environment.

“One commonly used indicator to assess participation, for example, is meeting attendance — be it COP26 or a local water management body. But that does not mean female voices are heard. I would imagine a female voice at CoP26 to carry more weight among her peers than a female voice at a village level meeting would among those present,” she said.

Several programmes by governments and the UN focus on climate resilience programmes, to enhance the ability of the affected to anticipate, prepare for and respond to hazardous events related to climate.

“A term like ‘building resilience’ suggests our goal should be individual autonomy to withstand climate crises rather than government and societal responsibility to create change and impact. The burdens of climate change negatively affect socio-economic, health and safety concerns, the nature of which is gendered. Growing research documents how climate change increases women and girls’ risk for marital violence, sexual exploitation and early and forced marriage.”

Local women’s groups and support for participation from select leadership from these groups may also facilitate women’s inclusion and broader representation from across social groups as well, she added.

Getting seat at the table

The need for women’s equal participation and representation in bodies established under the UNFCCC or Kyoto Protocol was first established in CoP7 in 2001.

CoP16 in 2010 recognised the importance of gender equality and the effective participation of women for effective action on all aspects of climate change.

But it wasn’t until 2014, at CoP20, when parties were formally invited to enhance efforts to improve the participation of women in the Convention process and promote gender-sensitivity in developing and implementing climate policies.

They established the first Lima Work Programme on Gender (LWPG).

CoP22 decided on a three-year extension of the LWPG, with a review at CoP25. The first gender action plan (GAP) under the UNFCCC was established at CoP23.

At CoP25, parties agreed for a five-year enhanced LWPG and GAP. The idea became more pronounced: More and more women needed to be at the table.