The corals in the Gulf of Mannar suffered severe losses during the global coral bleaching event that occurred between March and October 2016, says a new study 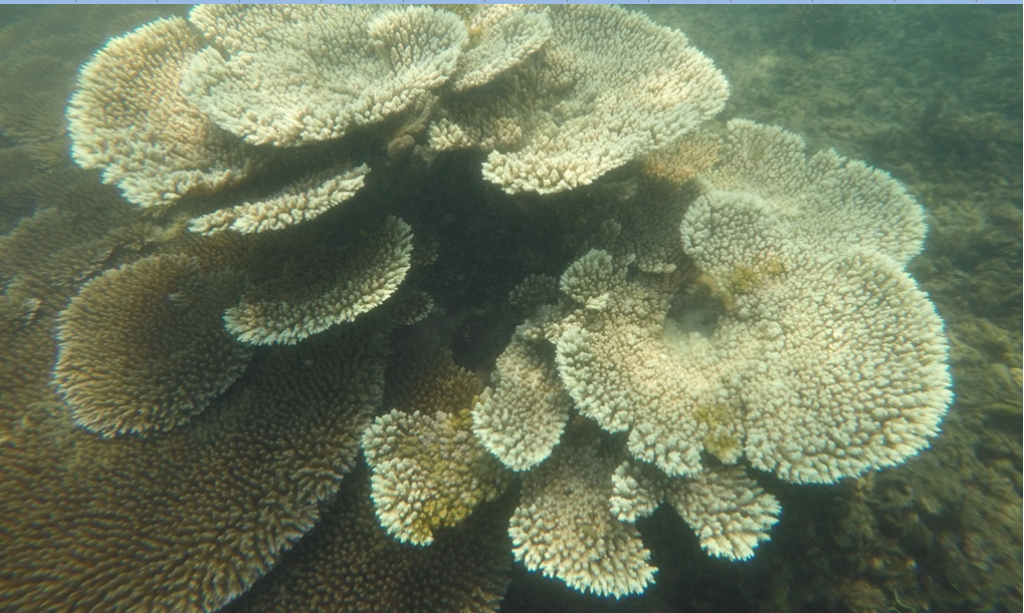 A joint team of researchers from Suganthi Devadason Marine Research Institute, Gulf of Mannar Marine National Park and Department of Environment of Tamil Nadu, which conducted intensive underwater surveys, has found high extent of coral bleaching and subsequent mortality. The study results have been published in journal Current Science.

Coral bleaching refers to loss of zooxanthellae which gives colour to corals. The absence of it makes corals white or bleached. Coral bleaching is a general response of corals in increased sea surface temperature. “Bleaching can happen when sea surface temperatures increase by 1 to 2 degree Celsius. Coral would recover if normal temperature returns within a short period, but if the temperature stress continues for a long term, corals will eventually die,” explained Patterson Edward, director of SuganthiDevadason Marine Research Institute, while speaking to India Science Wire.

Corals are marine animals, typically living in compact colonies, while coral reefs are the diverse underwater ecosystems built by coral colonies. Coral reefs have the highest biodiversity of any marine ecosystem, providing important and direct economic benefits to people. In the past few decades, coral reefs have undergone a dramatic degradation due to various natural and human-induced activities.

Scientists observed 24 percent coral bleaching with 16 per cent mortality and live coral cover decrease to 23 percent during March to June 2016. The water temperature was recorded between 31.2 to 32.6 degree Celsius, which started decreasing in July 2016 and it reached around 27 degree in October 2016.

The rate of mortality varied with coral species. The fast-growing species such as Acropora, Montipora and Pocilloporahave severemortality, while massive and slow growing species of corals, like Porites, Favia and Favitesareresistant to the bleaching and escaped death.