CSE on CoP 25: What we want on equity

The world is facing an existential threat. But it is also clear that without equity, ambition is not possible 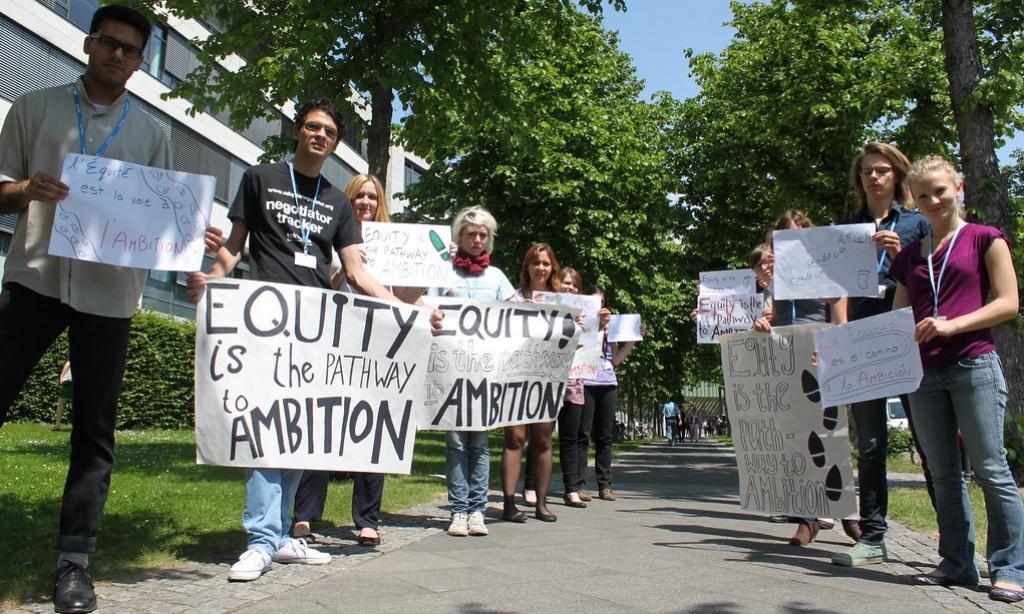 Centre for Science and Environment (CSE) urges governments to not just recognise the urgency of climate action, but also the fact that this action must be decisive.

The imperative of transformation and the idea of net zero targets by 2050 should not mean that governments get the liberty to delay domestic action to mitigate emissions; or to design another cheap and convoluted market-based system so that rich countries can buy their way out of the climate crisis.

The fact remains that climate impacts are affecting the poor today. As temperatures increase, they will hit us all — climate change is a great leveller. Without cooperation based on equity, climate change action will not be effective or ambitious. CSE would like to remind governments of the need for both ambition and equity in the negotiations.

What is clear is that climate change is happening, and a climate emergency is upon us. The poor, particularly farmers in the countries of the South, who are not responsible for the stock of emissions in the atmosphere, are the worst-hit. They are the victims of climate change.

In India, official figures reveal that 2,405 people died due to extreme weather events in 2018-19. Dust storms in northern India linked to global weather patterns killed over 500 in 2018.

Cloud-burst like events have increased in numbers and frequency, as have climate-change linked heat waves and forest fires. Variable and extreme rain is leading to increased flooding and water scarcity.

Intense heat spikes in northern India have been making the ground dry, exacerbating a flood-drought cycle which is playing havoc with the livelihoods of subsistence farmers.

The impact is also visible in Africa, where the predominantly rain-fed agriculture is very vulnerable to climate change. The entire continent is experiencing rising temperatures and reducing precipitation, which could make it more food-insecure.

We also know that the impact of extreme weather events is not limited to a short period as they cripple lives, destroy livelihoods, and extinguish the development dividend.

What we would like to state unambiguously is that the world is NOT ON TRACK to stay below 1.5°C — seen as the guardrail, as temperature increase beyond this will spiral the world out of control.

In fact, according to the United Nations Environment Programme (UNEP)'s Emissions Gap Report, the current emission targets, called Nationally Determined Contributions (NDCs), are so unambitious that even if all countries adhered to what they had agreed to, the world would still be heading towards being 3.2°C warmer by the end of the century.

But that is not the bad news. The bad news is that countries are not even close to meeting the weak and unambitious NDCs that they have set for themselves. According to the same UNEP report, current emissions are way above this and many G20 countries are unlikely to meet the targets.

Countries must raise their ambition and the NDC targets due next year must be set consistent with at least a 2°C trajectory, if not a 1.5°C trajectory — but these targets must be based on equity and climate justice.

CSE is also deeply concerned that the current discussions on net zero targets and its corresponding market mechanism could delay the much-needed domestic action and also lead the world to designing (once again) a convoluted market mechanism, which will look for cheap mitigation options in the developing world. This would be disastrous.

The world has run out of time and space and needs transformative solutions. The market mechanism must be designed to promote high-cost and transformative actions and not lock the world into creative carbon fudging once again.

The mistakes of the Kyoto Protocol's Clean Development Mechanism (CDM), which flooded the market with cheap carbon credits, must not be repeated. CSE is demanding that credits should only be created for expensive mitigation solutions, which cost more than a defined threshold — say $100-150 per tonne of CO2 abatement.

This will ensure that only genuinely challenging projects which involve meaningful technology transfer to developing countries will take place. It will also mitigate the risk of developing countries selling off their cheaper mitigation options and then being left with only expensive options to meet their own targets.

The net zero carbon emissions targets of countries — set to allow countries to emit and to take out of the atmosphere through forest sequestration and other technologies the excess of their domestic emissions — must not end up delaying domestic action; countries should not be led to believe that they can use technology to mop up the excess.

This is just not acceptable. The net zero target must be designed to allow countries to undertake drastic action domestically to reduce emissions and then, if there is a gap, to buy high-cost transformative emission reduction from the developing world.

The bottom line is that the world is facing an existential threat. But it is also clear that without equity, ambition is not possible. The ongoing CoP 25 must not duck this question any further. It must not end up with more convoluted and compromised rules for weak and inadequate global action.

The time for procrastination has been over for many years now. It is time that we understood this and acted accordingly.