Only exhibition of its kind during the present CoP. Looks at 20 years of climate change negotiations through a cinematic prism 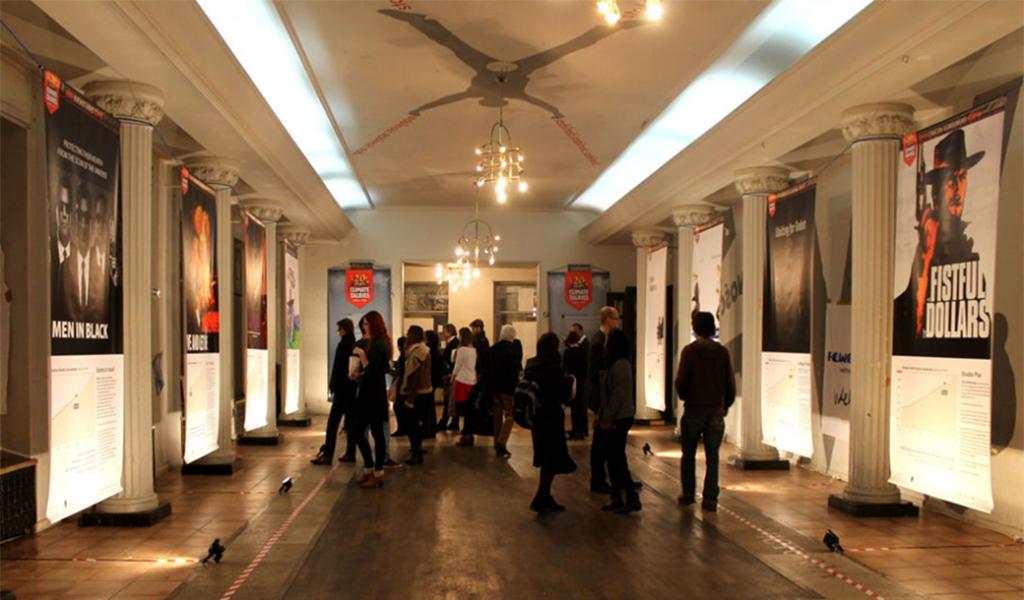 “Dumb happens. So can smart.” At the 19th Conference of Parties (CoP) on climate change currently in progress in Warsaw, Poland, the world has stuck to its guns and reached nowhere.

“The option is to remain dumb and continue as before. But the smart way would be to get out of this black hole by collaborating with fairness and equity. By looking for business-unusual answers. By de-linking economic growth from carbon dioxide emissions,” said Chandra Bhushan, deputy director general of Centre for Science and Environment (CSE).

This is exactly the message of a poster which is part of a unique poster exhibition titled ‘Climate Talkies’. The exhibition was opened here today by CSE with the support of the Heinrich Boll Foundation. Consisting of 10 key posters which take the viewer on a ‘cinematic’ journey through 20 years of climate negotiations, the exhibition will remain on view till November 22, 2013 at the Café Nowy Swiat. “Dumb happens” – an allusion to the film Dumb is Dumber -- is the lead line of the poster on CoP19.

Said Chandra Bhushan, who opened the exhibition: “Climate Talkies is our light-hearted and different way of looking at how negotiations have happened.all these years.”

‘Climate Talkies’ takes its inspiration from some of the greatest and most iconic Hollywood film names of all times, starting with The Sound of Music, and including movies like The Full Monty and Catch Me if You Can in its lists. Each poster then proceeds to talk about one year of negotiations, beginning with the 1992 Rio conference.

While the developing world suffers the impacts, developed countries continue to dither on commitments for finance for adaptation and loss and damage. Chandra Bhushan says India’s role has been particularly unsavoury. “India has not been able to secure a climate deal based on equity and justice, neither is it able to tell the world about the climate impacts that it is reeling under – as seen during the devastating Uttarakhand floods or cyclone Phailin. India will have to be much more proactive in pushing the agenda,” says Bhushan.

‘Climate Talkies’ thus attempts to add a bit of zing to a climate conference which, at least till the beginning of its second week, remains a lackluster exercise at best.