Current global emissions: who is emitting what

Delhi-based non-profit Centre for Science and Environment analyses the total, per capita and sectorwise greenhouse gas emissions of different countries based on latest available data 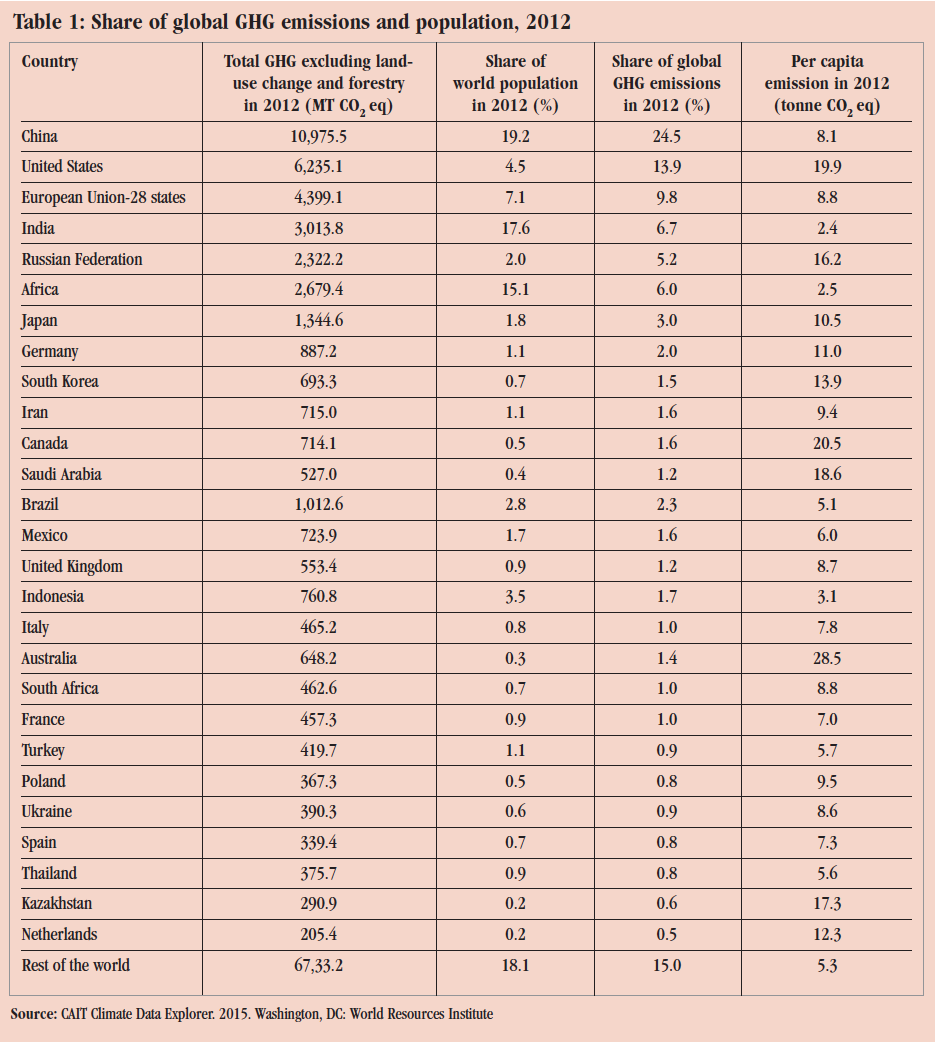 South Africa, Egypt and Nigeria were the top three emitters of greenhouse gas emissions in 2012. 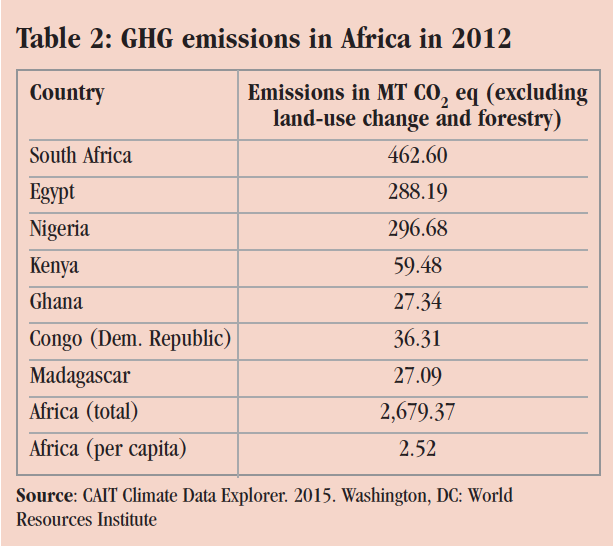 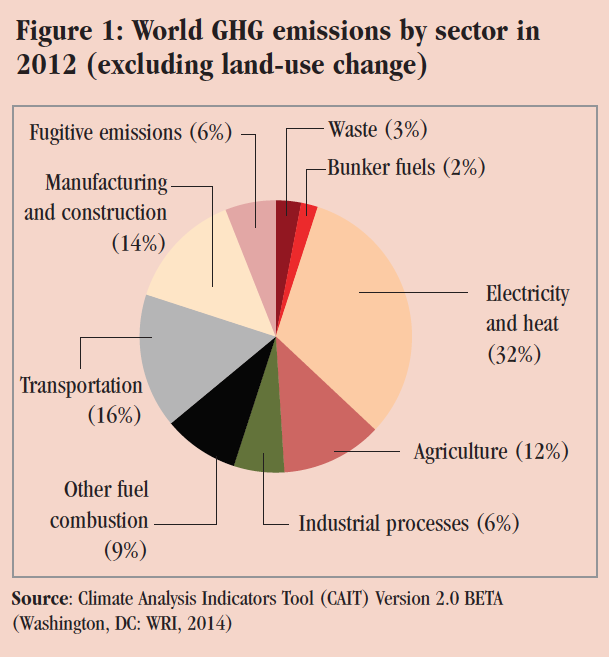 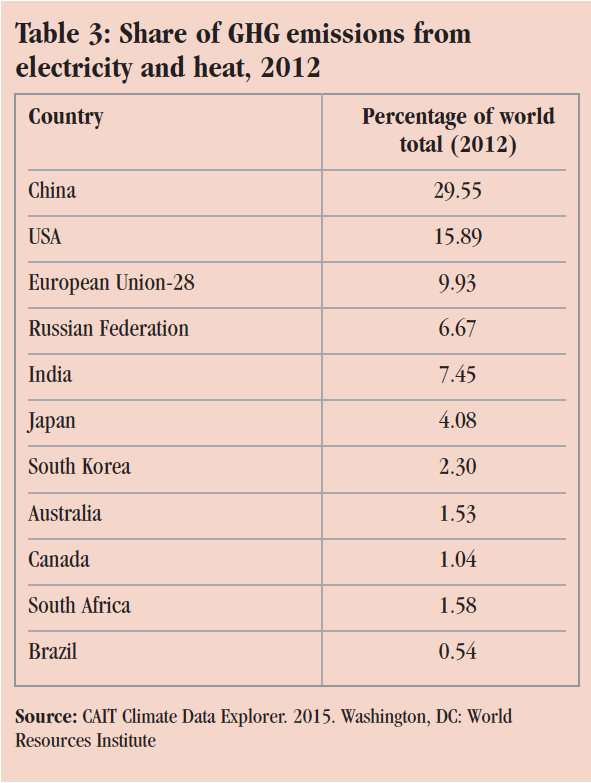 While China and India figure in the top five total emitters, the picture is completely different when per capita emissions are taken into account. The black line shows that India’s and China’s per capita emissions from heat and electricity are very low compared to that of developed countries like US, Japan, Australia and Canada. Qatar stands out in the list. 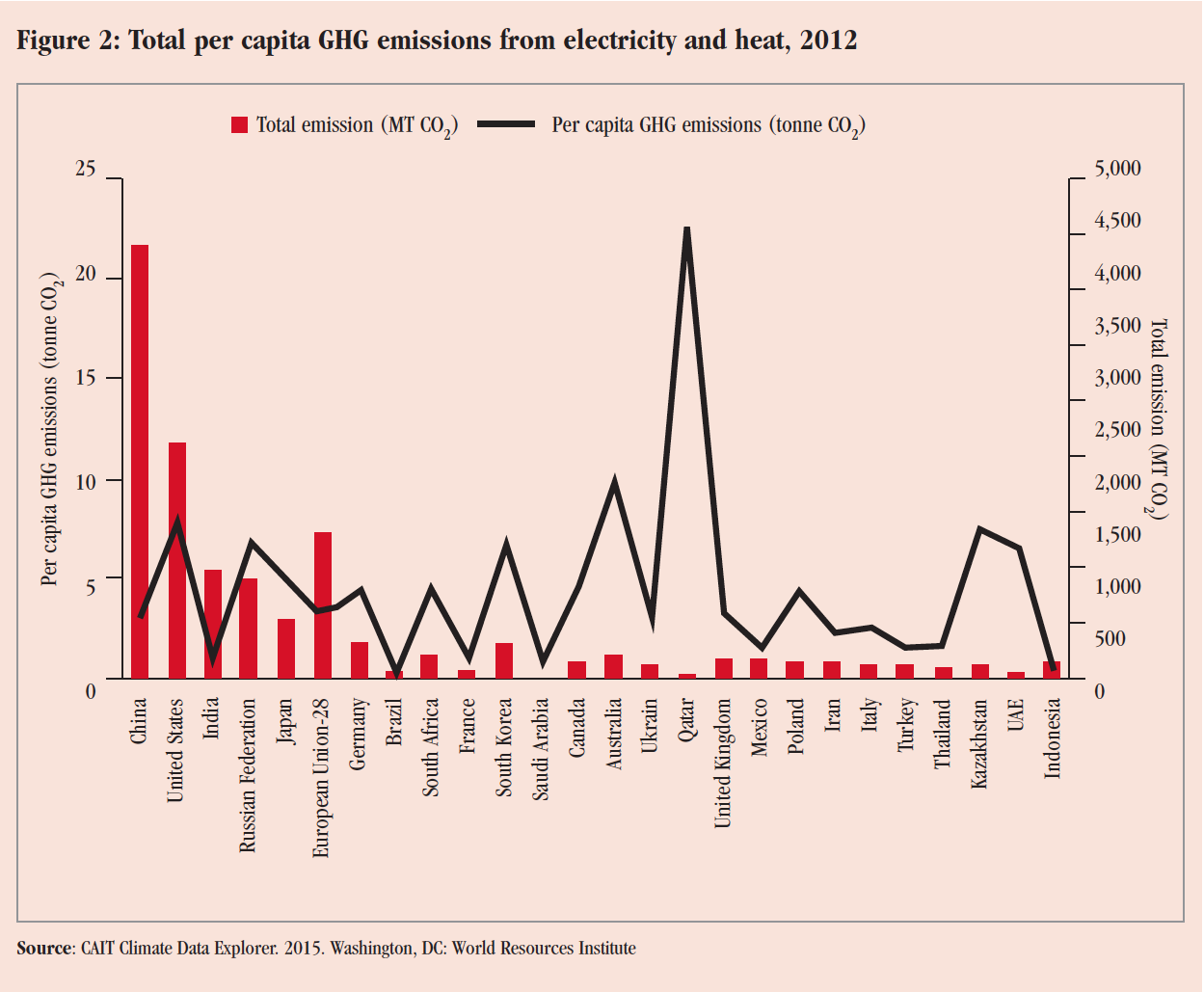 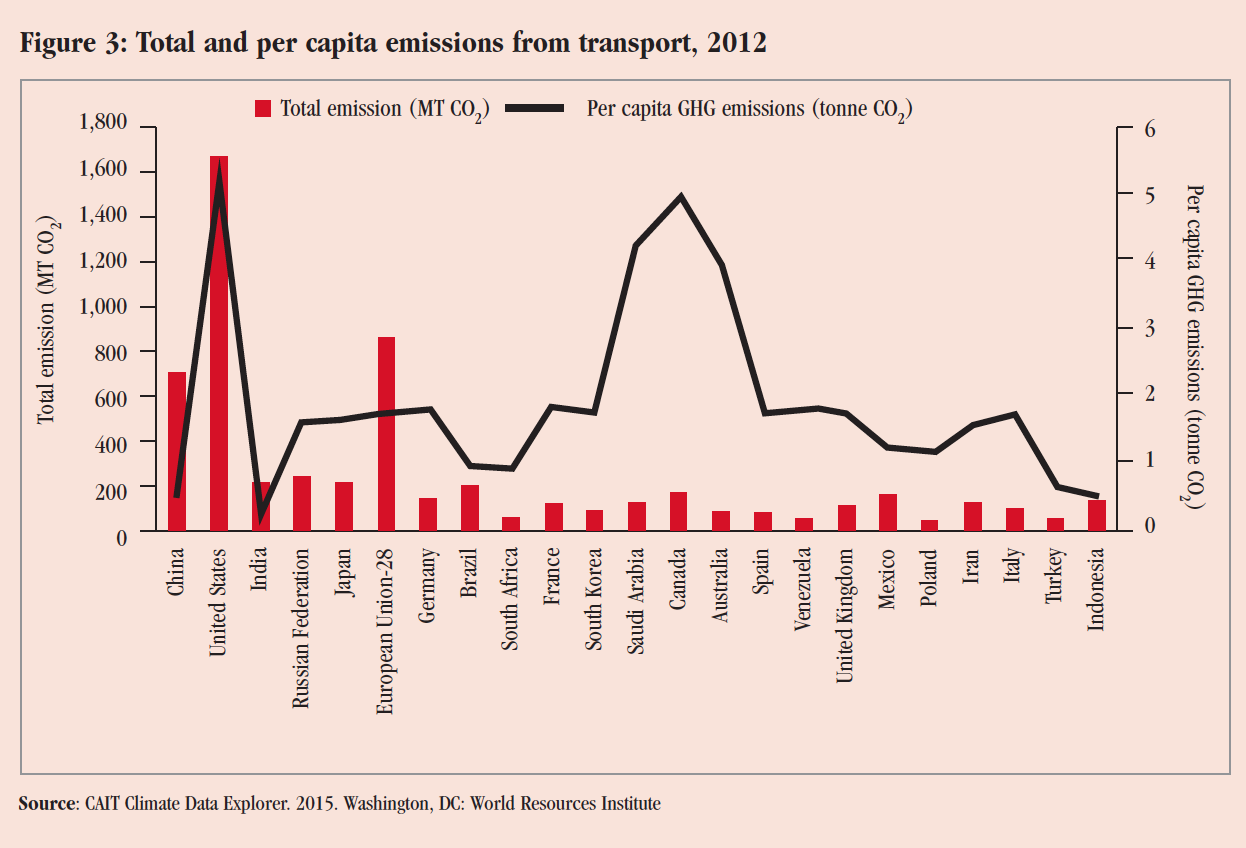 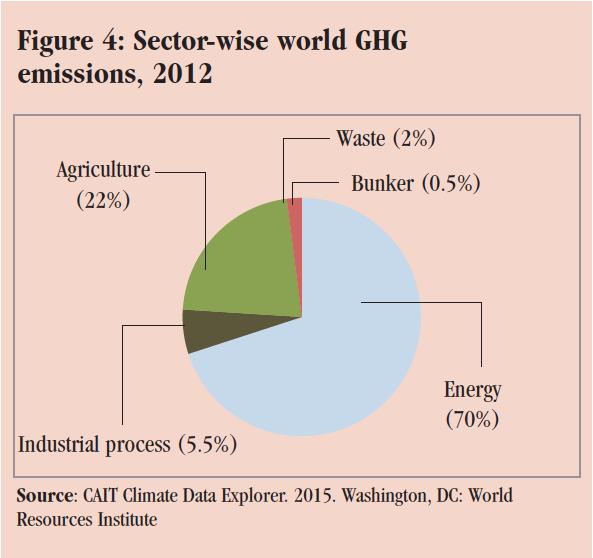 The graph below shows the break-up of the energy emissions by its various sub-sectors. Total GHG emissions (excluding land-use change and forestry) from India in 2012 were 3,013.77 million tonnes of CO2 eq of which:

• Electricity and heat, at 52 per cent, accounted for highest GHG emissions by sector 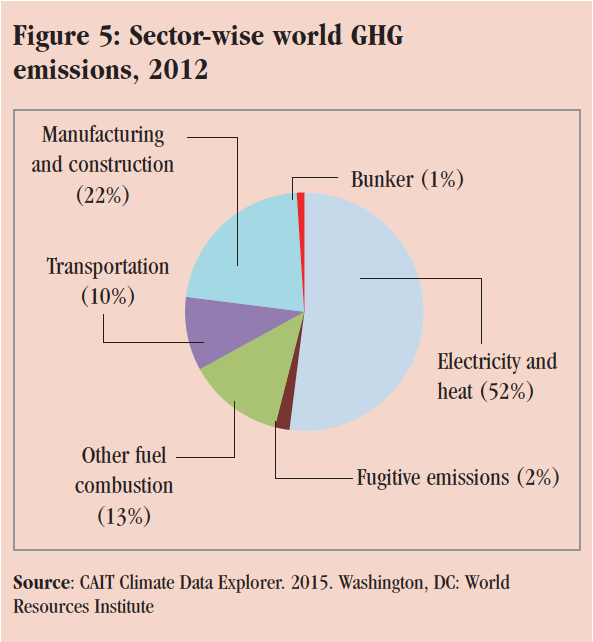 Data analysis by Centre for Science and Environment, Delhi