Cyclone Amphan and high tide: A 1 hour gap saved Sundarbans from an even bigger disaster

Experts say Aila was worse; that, however, is little consolation to the thousands who have lost home and hearth 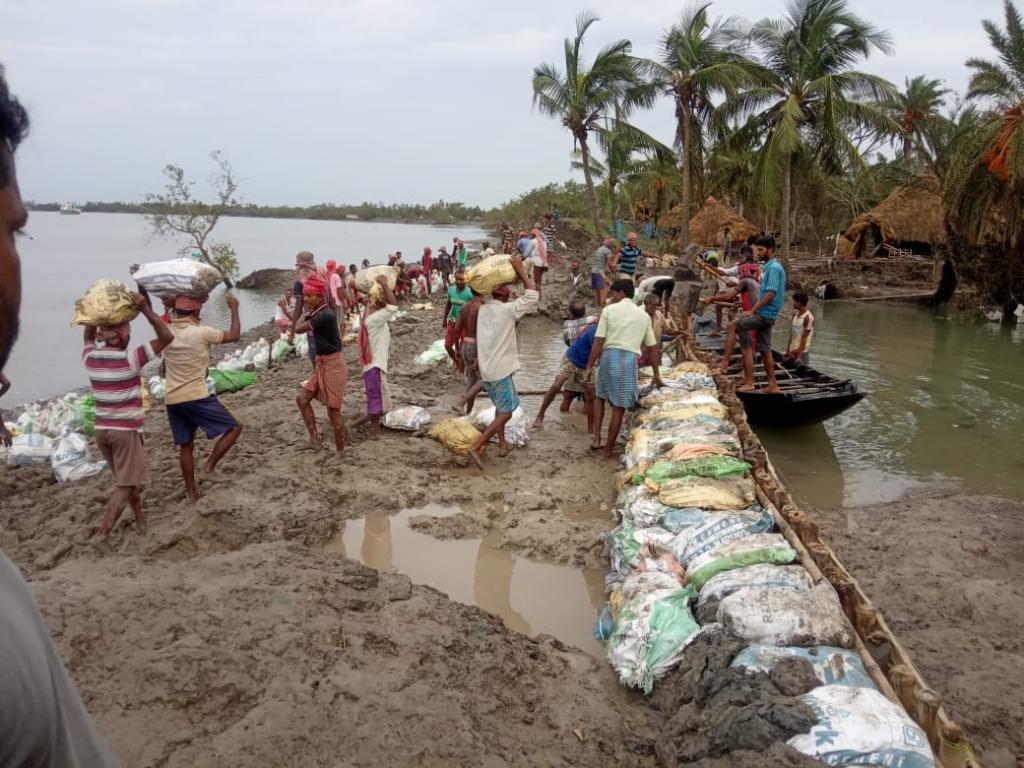 Barely an hour — that is what separated the maximum intensity of Cyclone Amphan and the high tide peak. That is what saved Sundarbans from being completely washed away May 20, 2020 night.

The devastation is unprecedented, as was the storm — nearly 90 kilometres of embankments have either been breached or severely affected. But the impact could have been even more painful had Amphan overlapped with the high tide crest, like Aila did in 2009, experts said.

“severe storm raged in Sagar Island from12.30 pm through 3.30 pm. After an hour’s lull, the second phase, more acute than the first, started and continued until 7.30 pm,” Joydeb Das, headmaster of a school on the island, said.

The tide, on the other hand, started to turn around 2.45 pm but peaked around 8.30 pm. By the time the peak of the cyclone reached North 24 Parganas district late evening, the tidal impact was delayed by about two hours (compared to South 24 parganas, where Sagar and adjoining areas are). A head-on conflict was averted.

“The combined effect of the high tide and Amphan pushed water level to 5.45 metres in Sagar at 8.38 pm — about  0.7 m above prediction,” said a source associated with the Kolkata Port Trust. “It could have been much more devastating had the peak overlapped with high tide,” the expert added.

“The mud embankments in Sundarbans are generally 5 feet high” Sugata Hazra, professor of oceanographic studies at Jadavpur University, said. Most of them thus barely escaped being breached by surging saline water.

Incidentally during Aila, about 990 km out of 3,500 km river embankments was severely damaged in Sundarbans — way more than at present.

“Our information so far is that 87 km of river embankment have been severely damaged; out of that 8 km has been completely washed away,” a senior irrigation department official told Down To Earth. The damage is greater in South 24 Pargans, with 6 km flattened and 56 km of severe damage, the official added, though the information could be incomplete due to a massive communication failure.

Such ‘less damage’ is only for the record books though and of little consolation to the thousands whose houses have broken down and farmlands inundated.

“Our neighbourhood was washed away as the embankments on the Ichamati river breached. Agricultural land has been affected, pond fisheries are completely lost,” said Sribilas Adhikary from Basirhat.

“Our area mainly survives on fisheries. But three breaches in the embankment over the Bidhyadhari river washed away all the fish” said Ishika, a student, from Minakhan.

“There have been three breaches in embankment on Chotomollapur island. Two could be repaired but water is constantly gushing in through the third, turning the field saline,” said Gopal Mondal, a school teacher from Chotomollakhali in Gosaba block.

Gosaba, incidentally, was the most affected by Aila. Amphan’s impact was more towards the western Sundarban — at Sagar, Patharpratima, Namkhana and Kakdwip blocks.

A source in the disaster management department said damage by Amphan was more than that by Aila as a wider area has been affected.

“Nearly 115 km of strong embankments, funded by the Centre embankment after Aila and other embankment-strengthening works up by the state irrigation department, saved Sundarbans from an even greater disaster,” the irrigation official said.

Sources, however, pointed out that of 990 km embankment scheduled to be repaired after Aila, less than 15 per cent were managed, due to wrangling between the Centre and state over funds.