Data on biodiversity research to be made more accessible 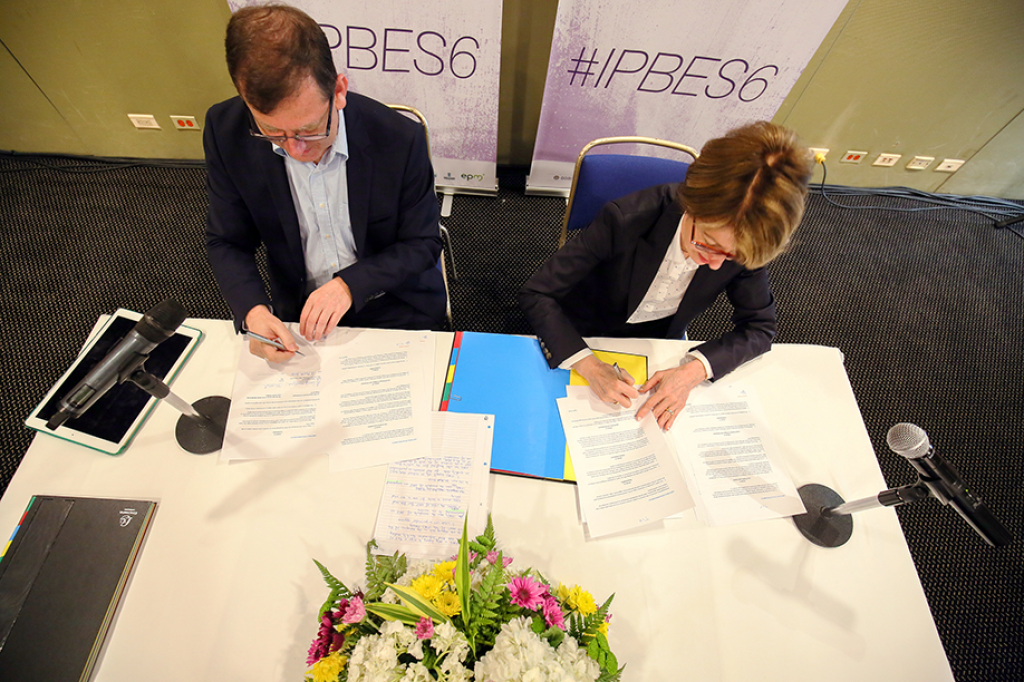 Good news for researchers: The Intergovernmental Platform on Biodiversity and Ecosystem Services (IPBES) and Global Biodiversity Information Facility (GBIF) will together work towards improving access to data on biodiversity-related researches.

IPBES signed a memorandum of understanding (MoU) with GBIF during its sixth planetary session at Medellin, Colombia on March 19.

Anne Larigauderie, executive secretary, IPBES, said the agreement focuses on improving the identification of, access to and use of data. She added that IPBES resonates with GBIF’s theory of free and open access to data for use in researches and policies.

The event will see the launch of four major regional biodiversity assessment reports on America, Asia and the Pacific, Africa, Europe and central Asia.

About 750 world experts and policy makers, who are attending the meeting, are discussing and analysing the situation of these regions. Researchers will use these reports to make predictions on what will be the state of biodiversity 50 years from now.

These assessments are very important and can prove helpful for decision makers to evaluate and further make progress on global development commitments such as sustainable development goals, the Aichi Biodiversity Targets and the Paris Agreement on climate change.

Larigauderie added that the report is not a cook book for countries or regions to follow instructions line-by-line, but something that needs further analysis and discussions, based on which actions can be taken.