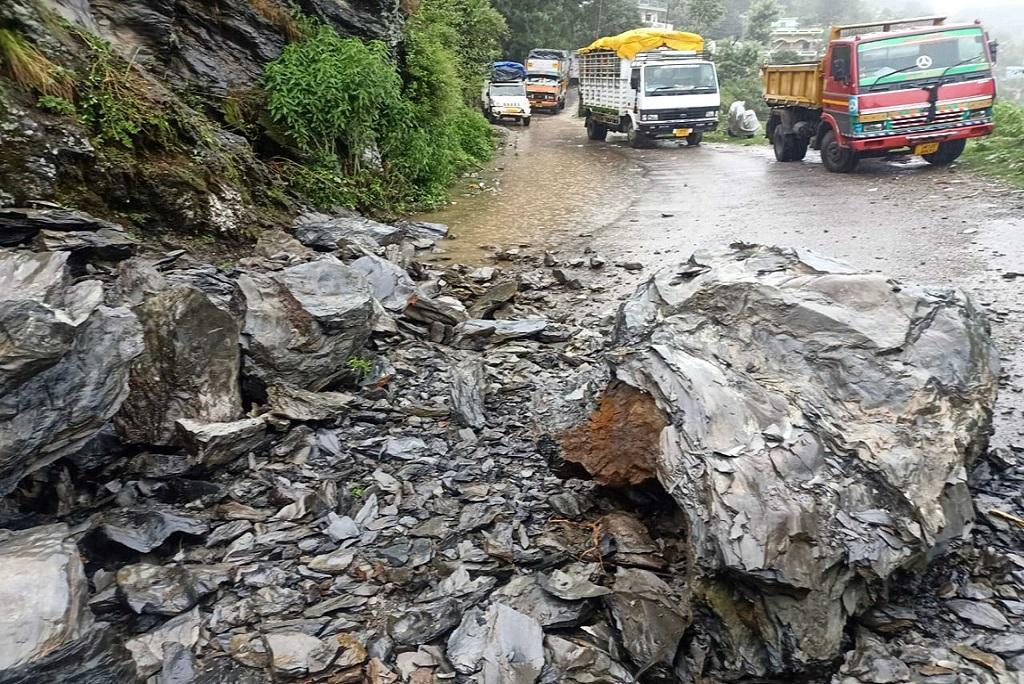 A road in Uttarakhand blocked by debris due to heavy rains. Photo: Trilochan Bhatt

The departure (in percentage) of excess rainfall from the actual rain across flood-affected districts this June has never been sharper, an analysis of weather data by Down To Earth (DTE) has shown.

Several states and districts in India get affected every year from floods. But what is highly unusual this year is the early arrival of floods in the country due to heavy showers across the Gangetic and Brahmaputra basins, ranging from Uttarakhand to Upper Assam.

According to the historical data analysed by DTE, there is a correlation between heavy showers in June and floods happening in various districts and subdivisions based on climate for the month of June this year.

The southwest monsoon is at its peak in the months of July and August and starts retreating in September. 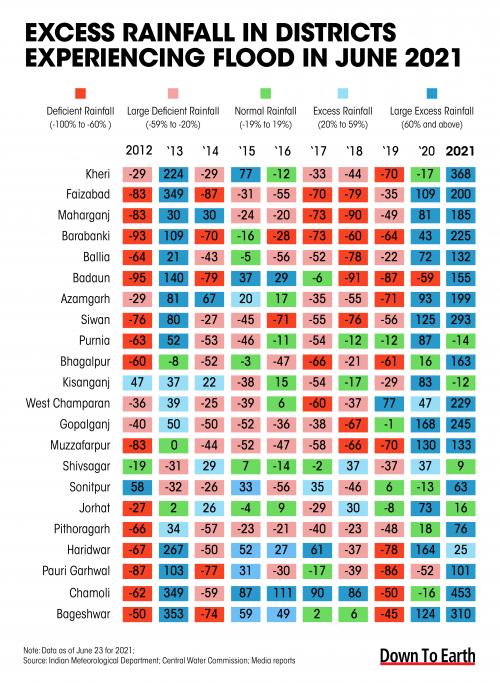 Several districts in Uttarakhand, Uttar Pradesh, Bihar and Assam reported floods in June of this year.

DTE used decadal data (2012-2021 for the month of June) for carrying out the analysis. According to it, all districts in these states have witnessed heavy showers which has resulted in excess-than-usual rain in the affected districts.

That year was also when Uttarakhand witnessed devastating floods. It was also the year when India received heavy showers as early as June. 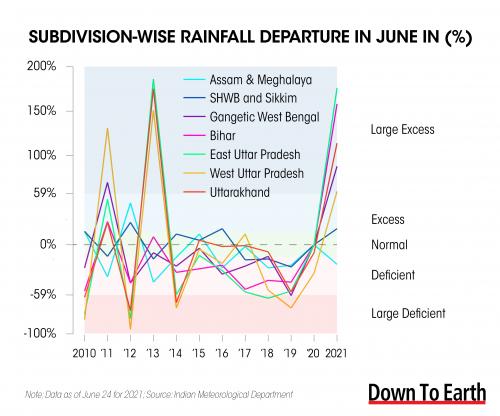 The Uttarakhand and East Uttar Pradesh sub divisions reported the highest variation in 2013, averaging 175 and 186 per cent respectively.

For more on the coverage of the 2013 Uttarakhand Floods by Down To Earth, click here