Desertification expands in areas on front line of climate change

The latest IPCC report does not clearly link climate change to desertification, but it does say desertification is a “function of both human activity and climate variability and change 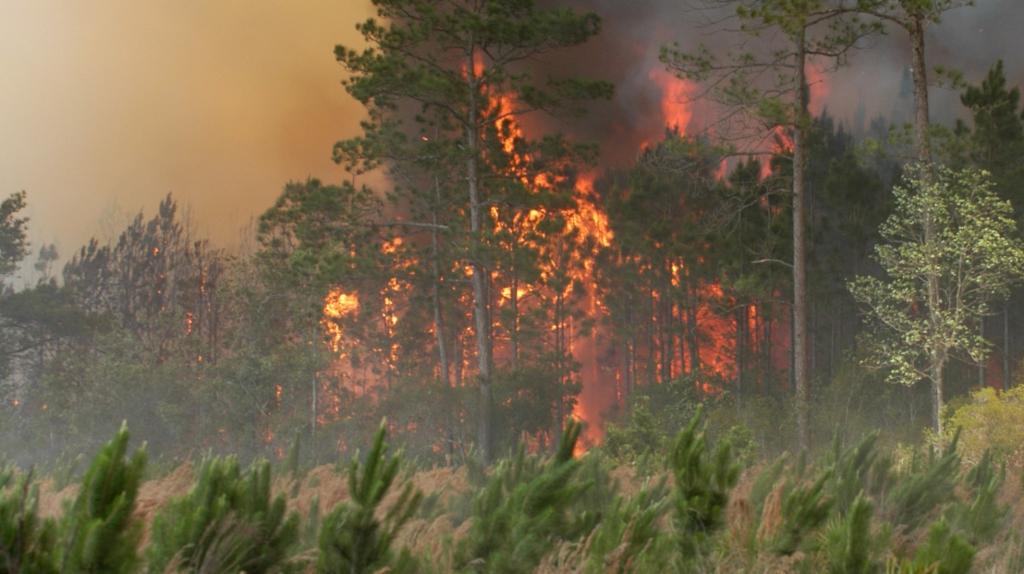 Amazon, the lungs of the planet, is ravaged by deforestation and wildfires, which is a significant driver of desertification. Photo: Getty Images

A third of the Earth’s total landmass has become a victim of desertification, threatening the livelihood of a billion people in over 100 countries. The Intergovernmental Panel on Climate Change (IPCC), the global body for assessing the state of climate change and its impacts, released its 1,500-page report on August 8, echoing the United Nations Convention to Combat Desertification’s finding. IPCC sounded a clear warning for the world: adopt sustainable land management practices or face the consequences of land degradation, climate change and desertification.

Its Special Report on Climate Change defines desertification as land degradation occurring in drylands — arid, semi-arid and dry sub-humid areas. And the way we use land is rapidly turning large tracts dry. Three-quarters of the Earth’s ice-free land is already under stress.

Nearly 50 million hectares (ha) of forest land have been acquired since 2000, mostly for agriculture, in Sub-Saharan Africa, Southeast Asia, Eastern Europe and Latin America. As natural grasslands have been replaced with pasturelands, forests with cropland, and wetlands have dried up, greenhouse gases (GHG) in the environment have peaked.

During 2007-2016, human activities added 13 per cent carbon dioxide (CO2), 44 per cent methane and 82 per cent of nitrous oxide to the environment. This was largely due to deforestation, wood harvesting and agricultural practices. In most regions, global warming due to GHG accelerated desertification and land degradation.

Since 1961, the world has lost 11-14 per cent of its biodiversity due to land use changes. These have had drastic social and environmental impacts, yet there is no sign of stagnation in land acquisitions in the foreseeable future.

By 2050, climate change will lead to a 29 per cent spike in cereal prices, warns the report. It found that increased concentration of CO2 in the atmosphere will reduce nutritional quality of food. Crop yield, too, is expected to fall in tropical and semi-tropical areas due to rising temperature.

The report does not clearly show the link between climate change and desertification but it does say that desertification is a “function of both human activity and climate variability and change”. Different methods have been adopted to measure desertification, and an agreement has not yet been reached on either historical or projected numbers.

TRENDS, HOWEVER, SUGGEST a clear link. Average temperature increase over drylands has doubled the global average. In fact, some temperate drylands may be converting to sub-tropical drylands as a result of increased drought frequency.

“Drought is not degradation as the land productivity may return entirely once the drought ends. However, if droughts increase in frequency, intensity and/or duration, they may overwhelm the vegetation’s ability to recover, causing degradation,” the report says.

Reduction in crop yield in major production areas can trigger cropland expansion elsewhere, either in natural eco-systems or in marginal arable lands. Farming can also be intensified in already cultivated lands. This can further lead to increase in land degradation.

CLIMATE CHANGE MAY have brought down rainfall over the years, but it has increased the intensity of rain. The IPCC report shows a three-fold increase in extreme rain events in central India during 1950-2015. This has influenced several land degradation processes, including soil erosion.

Changes in rainfall regime can change vegetation cover and composition. This, in itself, may well be an important cause of land degradation.

A study published in Elsevier in 2005 used climate change projections and found that rainfall patterns play a more significant role in soil erosion than land cover — be it cropland, forests or habitation. In future, however, this relationship will get reversed, it says.

Clear-cutting forests during slash-and-burn operations can reduce land cover from 100 per cent to 0 per cent. Obviously, this will hugely impact soil erosion, says the report.

Then again, if forested slopes are clear-cut for farming, the incidence of increased occurrences of intense storms as a function of climate change will certainly exacerbate the erosion problem. Climate change also impacts the biodiversity of plants, making historically cultivable areas no longer suitable for cultivating crops. This process, too, has an effect on land.

IN MANY DRYLAND areas, invasive plants have contributed to desertification and loss of ecosystem in the past century. Extensive woody plant encroachments have resulted in soil erosion because the bare soil between shrubs is susceptible to water erosion during high-intensity rains. Rising CO2 levels due to global warming favour rapid expansion of some invasive plants in some regions.

In the Great Basin region of North America, 20 per cent of the ecosystems have been significantly altered by invasive plants, especially exotic grasses and invasive conifers. This has resulted in drastic reduction in forage availability, wildlife habitat and biodiversity.

Wildfires is another significant driver of desertification. They reduce vegetation cover, increase runoff and soil erosion, decrease soil fertility and affect the soil microbial community. The predicted increase in temperature and the severity of drought events across some dryland areas can increase chances of wildfire occurrence.

In semi-arid and dry sub-humid areas, fire can have a profound influence on observed vegetation, particularly the relative abundance of grasses to woody plants, the report says.

A 2006 study published in the journal Proceedings of the National Academy of Sciences of the USA found a link between human-induced climate change and wildfires in California in western United States. It estimated that human-caused climate change added 4.2 million ha of forest fire area between 1984 and 2015, nearly doubling the forest fire area expected in its absence.

ONE BIG THREAT posed by climate change is the worldwide rise in sea level, particularly in tropical and subtropical regions. This process, combined with scarcity of water in rivers, has led to the intrusion of highly saline seawater inland. This has increased soil salinity and its degradation.

Around 480,000 ha of the 600,000 ha fertile land in the Indus delta, located in the southeastern coast of Pakistan in the North Arabian Sea, one of the six largest estuaries in the world, is now affected by seawater intrusion, says the IPCC report.

Soil salinity varies seasonally, depending largely on the river discharge. During the wet season, the annual average salinity reaches 24 km upstream, while during the dry season, it reaches 84 km upstream, the report says.

The freshwater aquifers have been contaminated with sea water, rendering them unfit for drinking or for irrigation. Lack of clean water and sanitation has caused widespread diseases, of which diarrhoea is the most common.

THE IPCC REPORT proposes securing land rights of the indigenous communities so that sustainable land use can be ensured. “Land titling and recognition programs, particularly those that authorise and respect indigenous and communal tenure, can lead to improved management of forests, including for carbon storage,” the report says.

Local people should be involved to identify land use pressures, species decline, habitat loss, food production and forestry, as well as in decisions-making. This will prevent, reduce and restore degraded land, the report says.

The report will prove to be the key scientific input in two crucial climate and environment negotiations — the Conference of the Parties of the UN Convention to Combat Desertification, or COP14, being held in Delhi, and the UN Framework Convention on Climate Change Conference, or COP25, to be held in Chile in December.