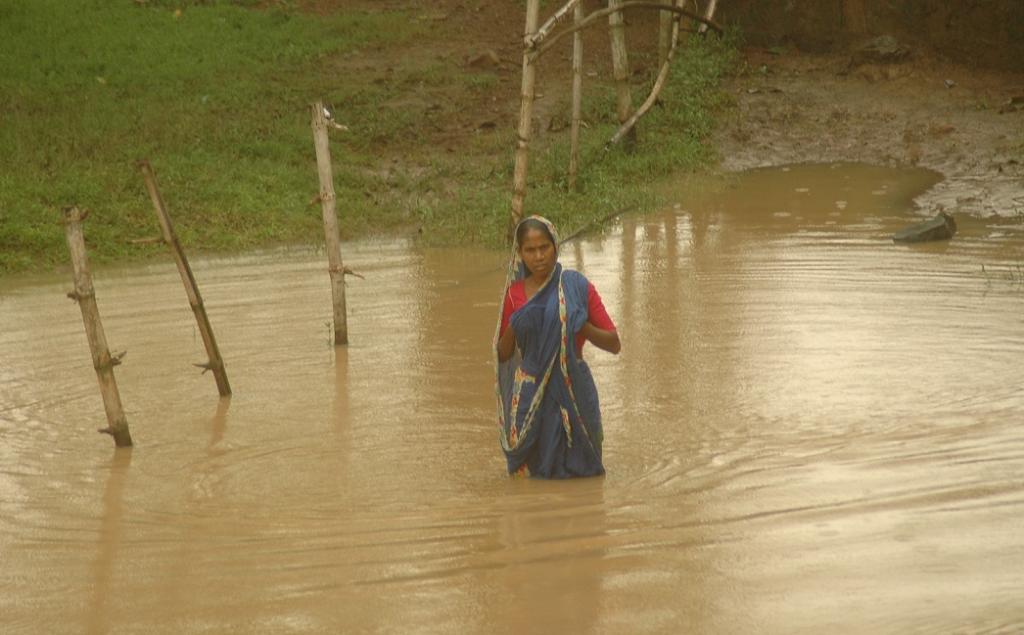 Vagaries of weather make women vulnerable. When there is drought, it is they who have to walk miles to fetch water for their family. When cyclones sweep away fishermen, their wives are left behind to take care of their family. Climate change does not affect everyone in the same way, which is to say that women are disproportionately affected by this phenomenon all over the world. They are on the frontlines, bearing the brunt.

According to a UNDP report on Gender and disaster risk reduction, women and children are 14 times more likely than men to die during a disaster. There is a direct correlation between women’s vulnerability during disasters and their socio-economic status (access to information, economic resources and ability to exercise freedom of choice).

During 1991 cyclone and flood in Bangladesh, women’s death rate was almost five times higher than men’s. In 2004 Asian tsunami, women in Indonesia and parts of India accounted for over 70 per cent of the total death toll. During 2005 Hurricane Katrina, African American women and children were the worst affected. They are poorest demographic group in the US.

The 2016, cyclone Winston, the strongest in the Southern Hemisphere, destroyed more than 30,000 homes in Fiji and displaced more than 150,000 people. It took a huge toll on women. Healthcare services, especially maternal care, were disrupted due to damaged infrastructure. Pregnant women were not left with enough nutritious food after the cyclone. Fijian women, who grow vegetables in their farms, faced enormous losses when the cyclone ripped through the farms. Consider the plight of women in central Africa, where up to 90 per cent of Lake Chad has disappeared. Women members of the indigenous groups have to walk much further to collect water as the lake's shoreline recedes.

Globally, women form 43 per cent of the total work force in agriculture. In Asia and Africa, this proportion is often above 50 per cent. Hence, they are an effective means for advancing sustainable development and fighting climate change and food insecurity through adaptation efforts. They bring unique experiences and skills that help disaster risk mitigation and preparedness. Recognising their potential is important to build resilience.

However, lack of access to formal education, limited access to resources, exclusion from policy and decision-making institutions and processes put women on the back foot. From Bangladesh to Burkina Faso and Nepal to Nicaragua, the story is same everywhere.

Participation of women in climate research and policymaking

The needs, interests and contributions of women need to be taken into account while doing research and designing disaster risk reduction policies. This is exactly what Ban-Ki Moon, the then Secretary-General of the United Nations had hinted during his address to the 66th General Assembly in 2011: “Saving our planet, lifting people out of poverty, advancing economic growth... these are one and the same fight. We must connect the dots between climate change, water scarcity, energy shortages, global health, food security and women's empowerment. Solutions to one problem must be solutions for all.”

It is precisely because of this, voices are emanating from different quarters on the need for increased participation of women climate scientists in preparing reports such as the IPCC (Intergovernmental Panel on Climate Change).  IPCC is one of the crucial platforms for women scientists to make their voices heard, but according to a recent study, women were underrepresented as lead authors at the IPCC fifth assessment report. The hostility of science, especially climate science, to women is likely to stay for some time, partly because of the “anti-science misinformation” spread by the climate deniers, who continue to malign and demean climate scientists in public.

Thankfully, there has been a renewed emphasis on integrating gender equality into every aspect of the new Paris agreement, including mitigation, adaptation and capacity building. We can only hope that this would address persistent gender gaps in response to climate change and create an effective mechanism for building climate resilience.