Drafting the Paris agreement: the week that was 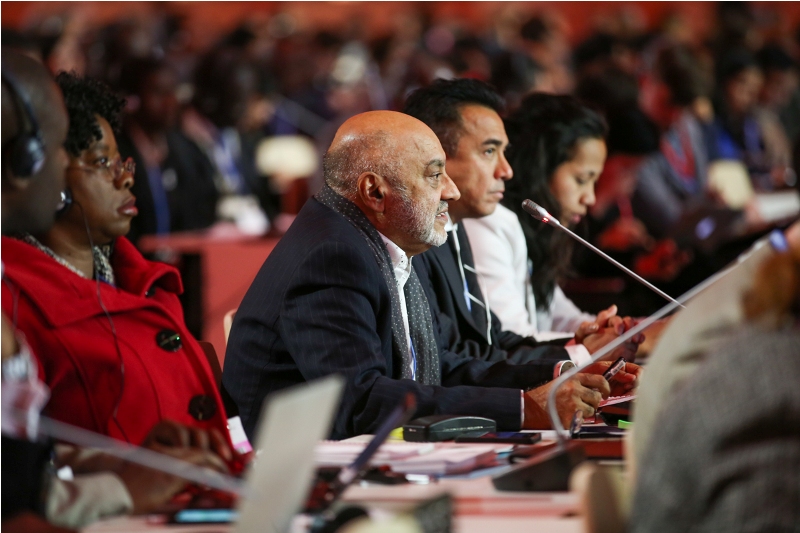 The negotiations flagged off on 30 November amid hopes, apprehension yet optimism for a formal Paris Agreement scheduled to be signed on 11 December 2015. The first week of negotiations however moved ahead in chaotic manner in multiple parallel sessions under the ad-hoc working group on the Durban platform (ADP). In an effort to come up with a smaller and more streamlined version of the draft text for the 2nd week, parties had been meeting in a number of different modes – contact groups, spin-off groups and informal discussions. Concerns were however raised, especially by the developing countries led by G-77 and China that such a mode of work was leading to slow and uneven pace of growth as such a process led to adding of more proposals while the aim of such a process was to streamline the text with as clear and as lesser options possible under each section of the draft text. On Thursday, the G-77 and China proposal to produce a collation text to capture the views and proposals of all parties concerned and a bridging text by the facilitators of the spin off groups for narrowing the gap between the proposals of the parties under specific element under the text, was accepted by the Co-chairs Daniel Ryfsneider (United States) and Ahmed Djoghlaf (Algeria). Negotiations deliberated thereafter on the two texts.

The result of the efforts of the first week has been the adoption of a 48-page draft agreement (42 pages of negotiated text and some annexures) called the Draft Conclusions text. This is down from the 55-page draft which was the output from the previous negotiating session in Bonn in October and therefore represents some progress in terms of narrowing down of options, but much work still needs to be done as a number of fundamental issues still need resolution. Critical amongst these are:

Differentiation: Solve this and most of the issues with the draft agreement are sorted, believe most negotiators. Right from the onset, developing countries had particularly made firm stances on the principle of differentiation which should be the bedrock of the new climate agreement. On Wednesday, in a rich discussion on the subject, the long standing differences between developing and developed countries came to the fore with developing countries insisting the world has not changed since 1992. Developed countries on the other hand feel that the classification of Annex-1 and non-Annex-1 countries is out-dated, citing that the world has changed since 1992 and are pushing for self differentiation or a dynamic concept of differentiation in different parts of the agreement. Such kind of view is endorsed by the Environmental Integrity Group and Umbrella Group both comprising the rich developed countries. Powerful interventions on the issue of differentiation by the G-77 and China, Venezuela and Malaysia on behalf of the Like Minded Developing Countries drew to big applause that the new climate agreement is under the Convention and therefore none of the principles of the Convention, including differentiation, should be tampered with. Malaysia, while speaking on the behalf of the Like Minded Developing Countries pointed out that the world has not changed much since 1992 and all the economic, demographic and social statistics still point to the fact that there is increasing inequality in the world which makes a strong case for differentiation in the new Paris Agreement.

Loss and Damage: The views on loss and damage have been as divergent as having a separate section for it to not having it in the agreement at all in the agreement. This is a section particularly critical to the small island development states (SIDs) and the least developed countries (LDCs) who will be severely impacts by extreme weather events. In a press briefing on Thursday, negotiators from the LDCs made it clear that Loss and Damage was a red-line for them and they would not accept any agreement without it.

The draft Paris agreement now says that the loss and damage will be addressed – either as a as a part of the adaptation section or in a separate section. The option of there being no mention of loss and damage has been dropped, which is an important victory particularly for LDCs and SIDs.

Monitoring and Review: Another unresolved issue comprising how the efforts of the countries should be reviewed in accordance with the temperature goal, in what time period and what should be the ratcheting mechanism for scaling up of the contributions from the parties.

A part of this issue is the Synthesis of all the INDCs and text in the draft agreement that called for a “review” of the INDCs on the basis of “fairness and ambition” to be done by the UNFCCC secretariat. India and many other developing countries were very clear that the mandate of the secretariat was to just update the current synthesis report with all the new INDC submissions in 2016. India added that, while it does believe very strongly in the issues of fairness and equity, but that this would have to be dealt with separately and not assigned to the secretariat to do. In this regard, a proposal for a prior review of the INDC before the Paris Agreement comes into force was fiercely opposed by the developing countries including India.

On the issue of the aggregate effect of the INDCs, the co-chairs had introduced text calling on all parties to increase ambition in the 2025 to 2030 period in an effort to keep global warming to under 2 degrees. Many developing countries took strong opposition to this saying that the proposal seems to put the burden of mitigation all everyone as opposed to just the developed countries. They said that differentiation was critical in this section as with all other parts of the agreement.

Negotiations into the second week

On December 5, the ADP concluded its work under the Durban Mandate adopted in 2011. Speaking at the plenary session, Laurent Fabius, president of COP21, detailed the proposed plan for the second week.  He suggested the constitution of four informal groups on Means of Implementation, Differentiation, Long-term Objective and Goal and Pre-2020 Actions.

Parties will deliberate over the outstanding issues in these informal groups and bring forward suggestions for the text. All suggestions and updates to the text will be considered in a single open-ended working group that will meet in a plenary setting called the Paris Committee. The COP president also laid down some ground rules for the updates in week 2:

It was also decided to constitute a group of 11 representatives – 2 from each of the regional groups of the United Nations and one from the small island states – to review the Paris outcome text in terms of its legal and linguistic aspects.

The CoP President announced Thursday 10 December as the final deadline to produce the final version of the Paris Agreement, so that final language and legal checks can be done before the agreement can be signed on Friday, 11th December.

Participation by non-profit organisations at COP21

Chandra Bhushan, deputy director general of CSE, presented the idea of “Global Renewable Energy and Energy Access Transformation” or GREEAT at India’s Ministry of New and Renewable Energy side event on energy access. Speaking on the importance of affordability, he said, “Future of energy is decentralised distributed and renewable.” CSE, along with Friends of the Earth International and What Next Forum, jointly endorsed the GREEAT programme and released an updated version at a press briefing.

India is deemed as the villain in climate negotiations because of its dependence on coal. But CSE explained how hypocritical the claim of developed nations is. “India is cornered in climate negotiations for using coal as a major fuel in its energy mix despite the fact that the rich developed countries were also doing the same and would continue to do so in the future. It is the best negative argument available against India,” said Bhushan in his presentation titled “Coal, Climate Change and India”.

Bhushan emphasised the efforts India was making to reduce its carbon emissions from coal which include strict environmental standards for coal-based power, carbon tax and ambitious renewable energy targets. However, the twin challenges of switching to low carbon growth and development will have to be balanced.

CSE also organised a side event at the India Pavilion along with the Ministry of Environment, Forests and Climate Change titled “Equity and Climate Justice: Operationalising Equity and the Global Carbon Budget”. Presentations by experts from CSE, Tata Institute of Social Sciences and Universitat Politecnica de Catalunya, Spain, had one point in common: the fact that there needs to be fair distribution of the remaining carbon budget and developing countries, including India, should be given space for development. In the end, the event pushed for the need for an operational mechanism of allocation of carbon budget to be established under the Paris agreement.