Earth lost a tenth of wilderness in just two decades

Major losses have occurred in the Amazon and Africa. Efforts to protect the critical areas are failing to keep pace with the rate of loss 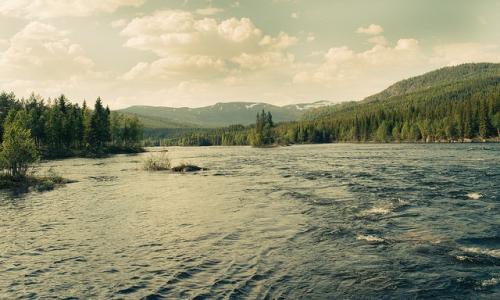 In the past two decades, the Earth has witnessed a considerable loss in wilderness. The shocking thing is efforts to protect these “critical” areas are failing to keep pace with the rate of loss.

A study published in the journal, Current Biology, says wildernesses are ignored in conservation policies, as it is assumed they do not face threats.

According to researchers, since the early 1990s one-tenth (3.3 million km2 or approximately 9.6 per cent) of global wilderness areas have been lost.

Major losses have occurred in the Amazon (30 per cent) and Africa (14 per cent). Wildernesses are “biologically and ecologically largely intact landscapes that are mostly free of human disturbance”, the study adds.

“The findings underscore an immediate need for international policies to recognise the value of wilderness and to address the unprecedented threats it faces,” Associate Professor, University of Queensland’s School of Geography, Planning and Environmental Management, James Watson says.

For instance, in the Amazon, it is thought that at least 60 per cent of the forest cover is required to maintain the hydrological cycle, the study adds.

As a result, conservation action is required to ensure that this large wilderness area is maintained, researchers say.

“Globally important wilderness areas are completely ignored in environmental policy, despite being strongholds for endangered biodiversity, for buffering and regulating local climates, and for supporting many of the world’s most politically and economically marginalised communities,” Watson adds.

Researchers underlined the importance of conservation to save the world’s wildernesses from vanishing. These include creating large and multi-jurisdictional protected areas, establishing mega-conservation corridors between protected areas and enabling indigenous communities to establish community conservation reserves.

According to the report, funding can be used to establish payments for ecosystem service programmes that recognise the direct and indirect economic benefits that wildernesses offer.

“You cannot restore wilderness. Once it is gone, the ecological process that underpins these ecosystems are gone, and it never comes back to the state it was. “The only option is to proactively protect what is left,” Watson says.

According to him, the United Nations and other agencies have ignored globally significant wilderness areas in key multilateral environmental agreements.

“If we don’t act soon, it will be all gone, and this is a disaster for conservation, for climate change, and for some of the most vulnerable human communities on the planet.”