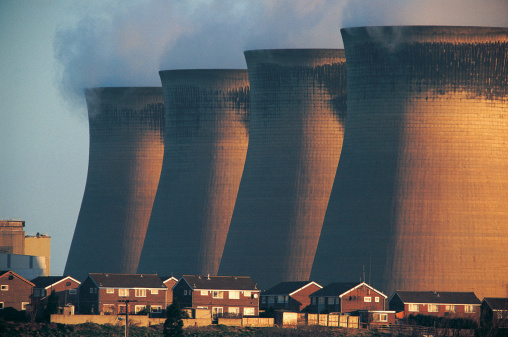 The first draft of the new climate change agreement, presented to governments by the United Nations Framework Convention on Climate Change (UNFCCC), is seen as an important milestone before countries meet in Paris in December to finalise the deal. However, the draft does not include the concept of equity which is likely to emerge as the main bone of contention in the negotiations.

"This draft is very important as this will become the basis of climate change negotiations later in the year. The countries, however, will get a chance to discuss it in the climate change conference in Bonn later this month,” said Arjuna Srinidhi, manager of the climate change programme at Centre for Science and Environment, New Delhi.

The Bonn conference will be held from October 19-24 in the run-up to the final conference later this year.

India and other developing countries have been demanding the inclusion of common but differentiated responsibilities (CBDR). They argue that, historically, the West has created more emissions and hence, it should take greater responsibility for reducing greenhouse gas emissions. CBDR involves transfer of technology at a cheaper rate, among other measures.

Experts fear that as this crucial demand is missing from the draft, the fate of negotiations does not look promising.

Loss and damage, however, finds space in the draft. Less developed nations had demanded that if a country faces a natural calamity due to climate change, then it would be entitled to claim damages from the climate fund of US $100 billion. But the draft lacks clarity, especially in terms of a mechanism for diversion of funds.

The draft indicates that the amount of climate fund, which is $100 billion right now, will have to be scaled up from 2020. It has asked the countries to create enabling environments to attract low-emission, climate-resilient investment, noting that cooperative action and support may enhance such efforts.

Developing countries’ demand of technology transfer for improving research and development finds a special mention in the text of the draft.

The Intended Nationally Determined Contributions (INDCs), which are targets that countries have voluntarily agreed upon, have been submitted to the UNFCCC by 148 nations. The final agreement will emerge based on the INDCs and the draft agreement.

Ahmed Djoghalf of Algeria and Daniel Reifsnyder of the United States, co-chairs of the Ad hoc working group on the Durban platform (ADP), the body tasked with negotiating the agreement, prepared the draft. It is part of the draft Paris climate package. In addition to the agreement, the package contains a draft of the decision that will operationalise the agreement from 2020 and a draft decision on pre-2020 ambition.

According to the draft, INDCs are to be reported every five years, though the number of years to report adaptation communication is not mentioned.

(With inputs from Rakesh Kamal)