First week at COP 22: discussions on crucial issues stalled due to lack of consensus 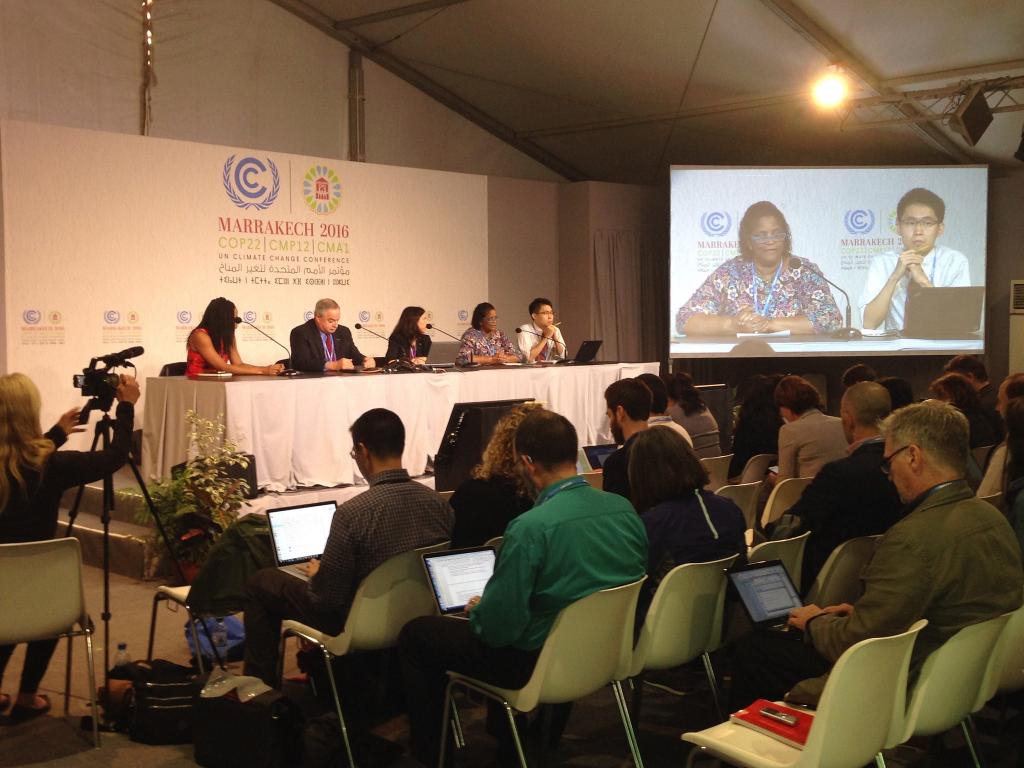 Developed countries are pushing their agenda of mitigation and making almost no concessions on crucial topics. Credit: Takver/ Flicker

The first week of negotiations at COP 22 Marrakech was underlined by developed countries pushing their agenda of mitigation and making almost no concessions on crucial topics for developing countries, including adaptation, loss and damage and agriculture. There is literally no progress on agriculture and adaptation. One of the casualties of this deadlock has been the near-zero progress also on pre-2020 action as most discussions across the board have gotten stalled over fundamental differences between groups of countries and, at times, even within groups over language, priorities and terms of implementation.

The negotiations under COP are carried out within three bodies: Ad-hoc working group on the Paris Agreement (APA), Subsidiary Body on Implementation (SBI) and Subsidiary Body on Technological and Scientific Advice (SBSTA). The APA is tasked with making rules and modalities for elements, including guidance on mitigation actions, global stocktake, new market mechanisms, adaptation communication, matters related to implementation of Paris Agreement and compliance mechanism. The work for each element was carried out under informal consultations convened by the co-facilitators with extremely limited access to observers. The work under APA was more process-based and substantive discussions would take place in successive APA session.

Developing countries, including India, however, expressed huge concerns about the mode of work, which they thought was highly mitigation-centric and equity and differentiation was absent from the agenda. Any talks related to the operationalisation of equity and differentiation in the rules of various provisions were conveniently watered down by developed countries. After much discussions, Adaptation Fund was agreed to be included within APA under item 8.

The transparency framework, another agenda item of APA, is described as a “Rubik’s Cube” by one of the co-chairs of the APA, Jo Tyndall, as much of the discussions need to be done on identification of linkages between transparency framework to that of accounting, global stock take and facilitative dialogue. Global stock take is emerging as an increasing area of interest but the Parties need to agree on a number of issues related to the information feeding the stock take, the outcome of the stock take and issues for further consideration.

On information related to mitigation, the Parties need to agree on issues like baselines and accounting. The work under the APA has just begun with co-chairs reiterating the same in the Draft conclusions document that it prepared. The discussions and comments are underway through the weekend after which it is expected to be adopted during the closing plenary of the APA on 14 November, Monday.

Agriculture, which comes under SBSTA, has been one of the issues showing least progress at Marrakech with no credible outcome coming out of it. At the final meeting held on November 11, there was no final document or decision that was adopted regarding future action or terms for implementation on issues relating to agriculture. A non-paper, on which discussions were taking place, was not allowed by the US and EU to be officially released and the same paper would be taken forward at intersessional in Bonn. The group of Least Developed Countries (LDCs) and the Africa Group (AG) expressed utter disappointment at the lack of collective will to come up with a unified document that could inform decisions in Marrakesh even after extended consultations and dialogues between and among the groups of parties.

Adaptation, which according to the Paris Agreement has equal parity with mitigation, also suffered on account of any outcome. The Parties did not seem to be prepared for considering adaptation as an equally important component as mitigation and issues related to reporting and reviewing adaptation actions, including global goal on adaptation, have been shifted to next year where there would be a review of the adaptation institutional arrangement. There has not been even informed talks on pre-2020 actions and enhancement of finance and technology transfer and capacity building

There was no document adopted by the SBI in its closing plenary.

Developed countries happily patted their backs based on the highly contested OECD report that mentions that developed countries are on way to fulfil $100-billion mandate by 2020. Claims of progress on closing some accounting loopholes have been made following informal consultations with observer groups, although without any progress on adopting a consensual working definition of what constitutes climate finance any such progress is bound to be purely academic with little grounding in reality.

The Standing Committee on Finance (SCF) expressed pleasure on progress made towards meeting the $100-billion commitment although it admitted to some caveats like difficulty in compilation of financial reports and the poor quality and completeness of data regarding global flows of climate finance which have hindered reporting and cast a shadow on credibility. The committee also noted with some concern that mitigation still constitutes a heavy majority (70 per cent) of public finance towards climate action and that carbon-intensive investment was still too high.

The 45th meeting of the SBSTA, held during the COP22, deliberated over the Executive Committee report of the Warsaw International Mechanism for Loss and Damage associated with climate change impacts with parties of the WIM. After holding rounds of consultation where issues pertaining to the language and the terms of implementation of the report were brought up, the SBSTA chairs adopted draft conclusions on November 11.

While inviting the executive committee to continue with implementation of activities from its ongoing two-year work plan, the chairs approved the indicative framework for the five-year rolling work plan of the executive committee, which shall be used as the starting point for activities from 2017 onwards. The SBSTA chairs have further requested the executive committee to include a “strategic workstream to guide the implementation of the Warsaw International Mechanism’s function of enhancing action and support, including finance, technology and capacity-building, to address loss and damage associated with the adverse effects of climate change”.

On the inclusion of finance, there is a divergence between the stance of developing and developed nations with developing nations pushing for finance to be included within the ambit of the WIM while developed nations stand opposed to this. The conclusions also note that due to a delay in nomination of members by parties, there is still much work to be carried out to finalise the work plan for implementation of the WIM from 2017 onwards.

The CMA would be convened on November 15 but expected to be suspended as still not all the Parties have ratified the Paris Agreement and they are likely to be included in the discussions taking place within the CMA which is mandated to adopt decisions related to implementation of Paris Agreement.

Major announcements are expected during the high ministerial segment on finance taking place on November 16.