Did a change in climate caused or contributed to a mass extinction around 260 million years ago? 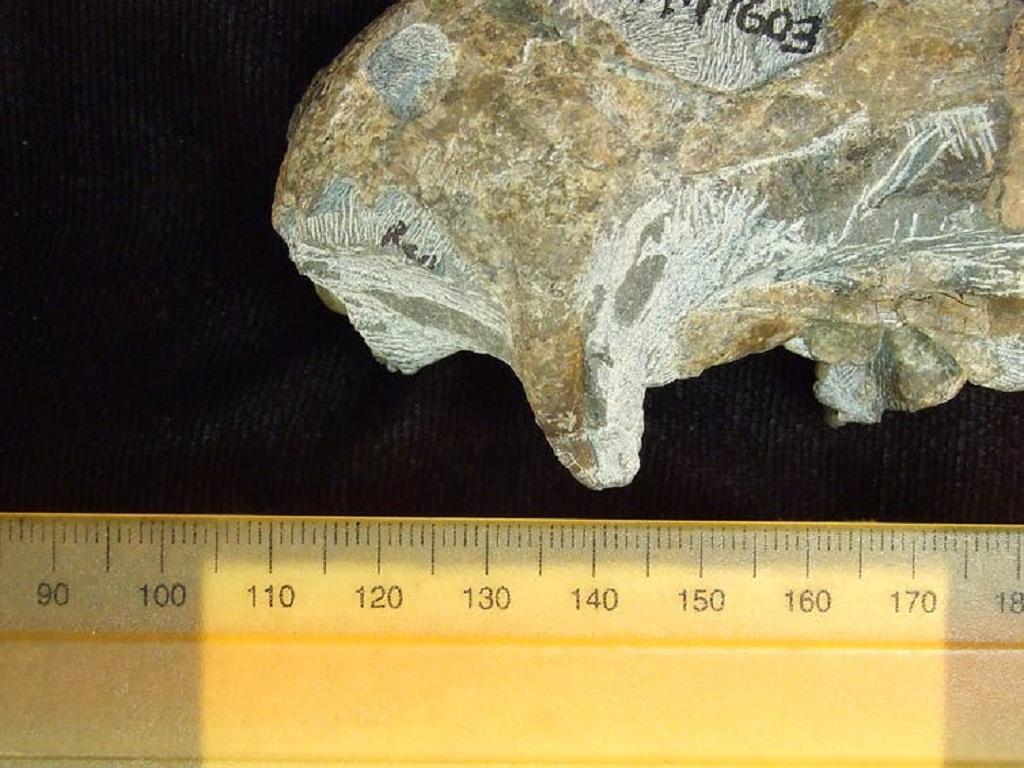 Around 260 million years, the earth was dominated by mammal like reptiles called therapsids. The largest of these therapsids were the dinocephalians, a genus composed of several herbivorous and carnivorous species.

Then something enormous happened: a mass extinction event killed off between 75% and 80% of all the creatures that lived on land around the world. Many ocean creatures were also rendered extinct. The dinocephalians were wiped out.

Several hypotheses have been offered about what could have provoked this mass extinction. For instance, many scientists have favoured the notion that a volcanic eruption was the trigger. It has been demonstrated that at the time of the extinction interval a gigantic volcanic eruption occurred at Emeishan in the south of China that lasted for almost two million years. It released around 300 000 km³ of lava.

My colleagues and I wondered whether a change in climate might have caused or contributed to the mass extinction in South Africa. So we examined environmental change during the extinction event in what’s today the western and northern Cape of South Africa. We studied the fossil teeth of Diictodon feliceps, a small herbivorous therapsid which lived before the extinction event and survived through it (as with much else from this period, we don’t know how the species survived the catastrophe).

Our findings suggest that a local event rather than a global shift in climate was to blame for the mass extinction in South Africa. Specifically, we propose that deformations in the Cape Fold Mountains meant there was less water available; species in the region were decimated.

This marks the first time that data has shown a correlation between the mass extinction event and an event of aridification – the process that occurs when a region becomes increasingly dry. It’s a long-term shift in climate rather than a seasonal variation. Our findings are supported by earlier work conducted on sediment which showed a decrease in river and stream output in the basin of the Cape Fold Mountains during that time.

It seems from this study that while the Emeishan eruption may have triggered the mass extinction event other more local events might have amplified it.

Fossil teeth contain different atoms, like oxygen or carbon, which are represented with several “forms”, called isotopes. Examining their ratio allows scientists to interpret how the humidity and temperature were changing when the animal in question was alive.

The teeth we studied showed that an aridification – a decrease in humidity as produced by water supply or rainfall – occurred at the time of the extinction. But there was no change in temperature. This suggested that global climate change didn’t lead to the mass extinction, since in the case of global climate shifts humidity and temperature changes go together.

Our focus was on the stable oxygen and carbon isotope compositions in the fossil teeth.

Several factors can affect the ratio between the different isotope of these elements. For instance the ratio of oxygen isotopes is correlated with the air temperature of the environment; for carbon, the isotope ratio depends on the water availability. This makes it a good proxy to estimate an environment’s aridity.

Measuring the oxygen and carbon isotope composition in the teeth helped us estimate the temperature and the aridity of the environment where the animal lived.

This kind of work is valuable because it shows how local climate events like aridification can affect a region’s ecosystems. It might also help climate change researchers to better estimate how certain parts of the planet might react as water becomes scarcer.