Irreversible damage caused to water resources due to shale gas exploration is being ignored, particularly in the United States 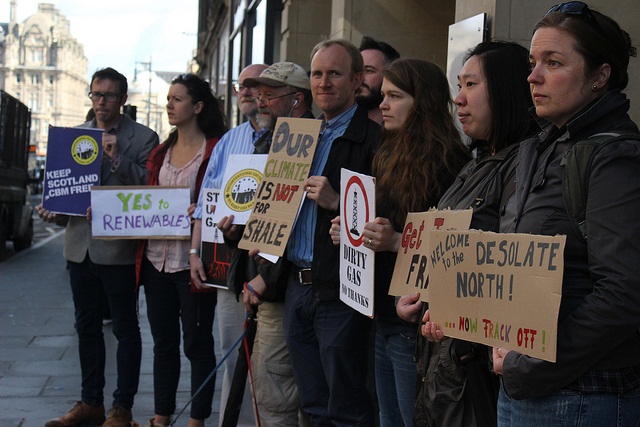 During a side event organised by the Center for Biological Diversity, Franciscans International, Mercy International Association and the Society of Catholic Medical Missionaries, panelists working in the United States and Argentina discussed the negative impacts of fracking.

“Fracking is like dropping huge pipe bombs down (a) long-burrowed hole drilled deep in to the earth, with severe impacts on water, air and the atmosphere,” Bill McKibben of 350.org, a global grassroots climate movement organisation, said.

Shale gas is not a fuel which can bridge the gap between renewables and thermal power. Methane (shale gas) can potentially contribute to global warming, according to environmentalists.

Sandra Steingraber of Eco Watch, an environmental NGO, and author of Living Downstream, said, “There has been a spike in methane in the atmosphere since 2008 and that coincides with the shale gas boom in the United States. It has been proven that the gas causes 1.8 times more emissions than CO2, which makes it the opposite of bridge fuel.”

Deputy Director General of Centre for Science and Environment Chandra Bhushan had explained that “poor operations of shale gas from Well-to-Burner can lead to more greenhouse gas emissions than coal” in his article in Down To Earth.

Irreversible damage caused to water resources due to shale gas exploration is being ignored, particularly in the United States.

As part of shale exploration, the water that is pumped into the Earth is mixed with chemicals (benzene for instance). It is a well-known carcinogen which contaminates the groundwater. Steingraber, a biologist, spoke about the effects of the water being introduced into drinking water. She said, “The people working in these fracking operations have witnessed nose bleeds and high-level of benzene in their urine output, enough that cause grave damage to the human body.” This should be enough argument to discontinue with fracking. She added that renewable energy has a potential to create more jobs than offered by the fracking fossil fuel industry.

Wenonah Hauter, the Founder and Executive Director of Food and Water Watch, an NGO, pointed out that 30 out of 50 states in the US are using fracking to explore oil and gas. Waste water is left behind after the fracking process. It gets mixed up with chemicals, is barely treated and being used for irrigating the farms of citrus fruits, grapes and almonds that are exported,” she added. McKibben pointed out the irony in turning California Governor `Jerry Brown a green crusader. The state which has seen the worst drought in the past 1,200 years is pumping millions of gallons of high pressurised water into the ground for exploring shale gas and oil. “Brown is doing nothing to stop the fracking in the state,” McKibben said.

It does not stop with the United States. ExxonMobil, one of the biggest explorers of oil and gas in the United States, has moved across continents to drill for shale gas and oil in Argentina.

Joaquin Turco of Argentine Workers’ Central Union said, “Argentina has the second largest reserves of shale gas. The government funded studies to show the harmlessness and advantages of fracking and started criminalising the activists who stood against it.”

McKibben but does not feel hopeless. “I am encouraged by the resistance around the world against fracking. But we will not be able to keep climate change under control without ending fracking.”

Turco said, “The struggle against fracking and fossil fuel extraction protects human lives, the environment and water in the name of future generations.”