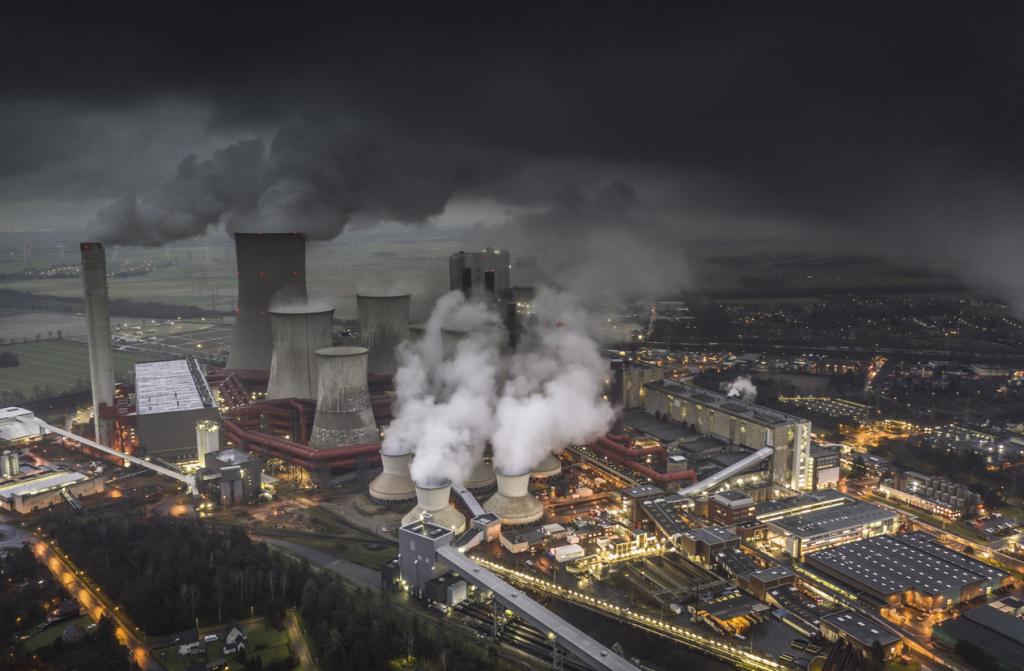 The Earth recorded the highest daily average concentration of atmospheric carbon dioxide (CO2) — 421.37 parts per million (ppm) — in the second week of May 2022, according to data from the Scripps Institute of Oceanography at the University of California.

The figure was 418.95 ppm in May last year. Experts have attributed this unprecedented concentration of CO2 to climate change.

The average concentration of the greenhouse gas in the atmosphere for the month of April (410 ppm) was also the highest ever, the data showed.

Climate scientists have expressed grave concern over this “environmental hazard”, stating that the world is moving in the wrong direction when it comes to climate action.

Researchers at the National Oceanographic and Atmospheric Administration (NOAA) predicted that May will record the highest monthly average for atmospheric CO2 this year.

“This also represents a 30 per cent increase in carbon dioxide concentration in the global atmosphere since the Keeling Curve began in 1958,” scientists with the Scripps institute said about the April record.

What is Keeling Curve?

The Keeling Curve is a graph of the longest uninterrupted record of atmospheric CO2 levels on Earth. The data comes from the work of Charles David Keeling of the Scripps Institution of Oceanography, who was in charge of the sampling efforts at Mauna Loa, Hawaii between 1958 and 1964.

Burning of fossil fuels, with further contributions from deforestation, are the main factors behind the increase in global CO2 concentration.

“The unprecedented levels of CO2 in the atmosphere are not surprising considering that we are still addicted to fossil fuel-powered economies, and are destroying vital carbon sinks like dense natural forests at alarming rates,” said Avantika Goswami, programme manager, climate change for Delhi-based non-profit Centre for Science and Environment (CSE).

Despite the pledges made by countries at the last Conference of Parties to the United Nations Framework Convention on Climate Change in Glasgow, high oil prices and the Russian war have diverted focus to securing energy security, and away from decarbonising the energy system.

We have destroyed 10 per cent of the world's forests in the past 30 years, the CSE researcher added. “So, we are within a hair’s breadth of blowing past the goal set by the Paris Agreement of restricting global warming to 1.5 degrees Celsius. But it doesn't have to be this way.”

Global greenhouse gas emissions dipped temporarily during the beginning of the novel coronavirus pandemic because of the sudden decrease in economic activities and vehicular traffic. But it rebounded last year, studies showed.

Human activity will push atmospheric CO2 concentration in 2022 50 per cent higher than before the industrial revolution, the United Kingdom Meteorological Office flagged in January.

The amount of CO2 in the atmosphere will help decide how high the average global temperatures will rise above pre-industrial levels, Scripps Institute stated on its website.

Meanwhile, an authoritative report concluded that “a level of CO2 between 370 and 540 ppm has a 66 percent probability of keeping the world within this 2ºC limit on warming, with a best estimate of 430 ppm.”

There is also a time lag for the global temperature to catch up with the CO2 that humans have already added to the atmosphere. So temperatures will continue to rise for many years after the atmospheric CO2 amount is stabilised.

“We aren’t sure that limiting warming to 2°C is ‘safe,’ at least not for everyone on the planet,” they added.

We have the technologies and means in hand to rapidly deploy carbon-free energy, decarbonize the transport system, retrofit energy-inefficient buildings, and restore natural forests, Goswami said.

It's a question of wresting power away from interest groups who profit from oil and gas extraction, commodity-driven agriculture and other high CO2-emitting activities, she added.