The Border Security Force has seized nearly 2,800 kilograms of Bangladeshi Hilsa in the last seven months as stocks continue to dwindle, a report in The Print said.

During this very week, the BSF has seized 200 kg and 190 kg of Hilsa at the Kalyani border outpost and Murshidabad, on September 4 and 3, the report noted.

Bangladesh had banned the export of the hilsa from the Padma river, the main branch of the Ganga in the country, eight years ago. The Padma Hilsa is prized for its superior quality. However, at the time, Bangladeshis had called for a ban since stocks were dwindling.

The report noted that smuggling of Hilsa from Bangladesh into West Bengal usually takes places on the riverine and land borders in Malda, Mushidabad and North 24 Paraganas districts.

Climate change led to the demise of the Indus Valley Civilisation

The Indus Valley Civilisation of South Asia ended due to climatic changes, a research by an Indian-origin expert at the Rochester Institute of Technology (RIT) in the United States has shown.

Nishant Malik, assistant professor in RIT’s School of Mathematical Sciences, developed a mathematical tool to study paleoclimate time series, sets of data that tell us about past climates using indirect observations, a report in the Indian Express, said.

According to Malik’s study, a major shift in monsoon patterns occurred at the dawn of the Indus Valley Civilisation. This reversed right before the civilisation declined. This indicates that it was indeed climate change that led to the fall of the civilisation.

Malik detailed his study in an article featured recently in the journal Chaos: An Interdisciplinary Journal of Nonlinear Science. 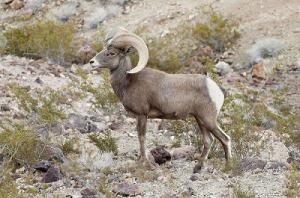 Desert bighorn sheep found in landscapes in the American Southwest with the least human disturbance, were most likely to survive the effects of climate change, a study by the Oregon State University in the United States has said.

Researchers used genetic information from more than 1,600 sheep in 62 populations in and around national parks in four US states, namely Arizona, California, Nevada and Utah.

They found that the least vulnerable bighorn populations were primarily in and around Death Valley National Park and Grand Canyon National Park.

On the other hand, the most vulnerable populations were outside of national parks in the southern Mojave Desert and in southeastern Utah.

The researchers also found that the more genetically diverse a population of the sheep was, the more likely it was to survive climate change.

Beaver dams help in the growth of brown trout in Chile

Dams built by beavers help in the growth of brown trout in Chile’s remote Tierra del Fuego, which is also the southern tip of South America, a study by the Oregon State University in the United States has found.

A team of scientist led by Ivan Arismendi, an aquatic ecologist at Oregon State University conducted the study in the area by catching brown trout and examining their scales (to calculate their rate of growth) and their stomach contents.

The researchers concluded that dam building by the beaver modified the aquatic environment, providing a wider range of more energy-dense food sources for brown trout.

The study’s findings could be used in the US Pacific Northwest, where there are plans to revive salmon populations. Salmon and trout belong to the same family.