Volcanic eruptions had resulted in long-term cooling till the 19th century, say experts 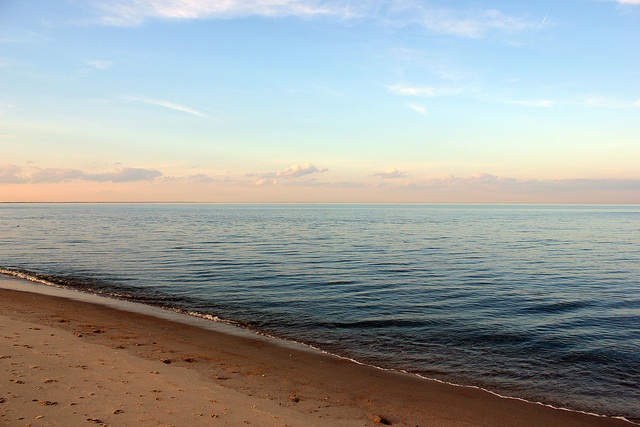 Frequent volcanic activity helped the world’s oceans to cool down for 1,800 years, prior to the advent of global warming in the 19th century.

This was further intensified during the Little Ice Age, a period spanning the 16th—18th centuries, when the land had also witnessed relatively cooler average temperature.

However, post the 19th century, human-induced activities played a spoilsport in the global cooling process.

According to Michael Evans, associate professor of the Department of Geology at the University of Maryland, US, the best explanation for observed warming over the 20th century is a combination of natural (volcanic eruptions, solar output) and man-made (emission of greenhouse gases and aerosols) factors.

Researchers connected to a recent study say that during the latter half of the oceanic cooling, frequent volcanic eruptions played a vital role.

An increase in the frequency of volcanic eruptions over time can result in a long-term cooling, Evans says. According to him, individual volcanic events can cool the climate for a year or two following the eruption. If there were three cooling events in the 1401-1600 CE period and four cooling events of a similar amplitude in the 1601-1800 CE period, the ocean temperature record for the latter period would be cooler than in the former period.

“The primary effect (on climate) of volcanic eruptions is cooling. If volcanic aerosols are injected into the stratosphere, they may spread rapidly around the globe. The primary effect of these aerosols is cooling, as they reflect solar radiation to space before it becomes part of the Earth’s radiation balance. The cooling lasts as long as the aerosols are not removed from the stratosphere, which is generally in the order of a few years,” Evans said.

When asked whether eruptions are beneficial, he said that the primary influence of volcanic eruptions on climate is for a few years, and so, volcanic activity is not a “reasonable mitigation of greenhouse warming”, because greenhouse gases remain in the atmosphere for centuries.

To analyse the cooling trend of oceans, a study of the sea-surface temperature and how it reacted to factors such as solar output, land use, volcanic activities and emission of greenhouse gases was carried out. It was found that only volcanic eruptions can give rise to the cooling trend.

As water is denser and has a higher heat-retaining capacity than air, ocean temperatures may absorb a lot of heat, but warm very slowly in response to an increase in the radiation balance.

Oceans contain a tremendous amount of heat and their circulation is part of what maintains the climate. Changes in ocean circulation can, therefore, create climate change. The El Nino Southern Oscillation phenomenon is an example of this that operates on year-to-year timescales.

“Warmer oceans in the future will mean higher sea level, may provide more energy for tropical cyclone activity, and may change the nature and distribution of our marine fisheries,” Evans adds.