Have warmer Februaries and early flowering come to stay in Kashmir? 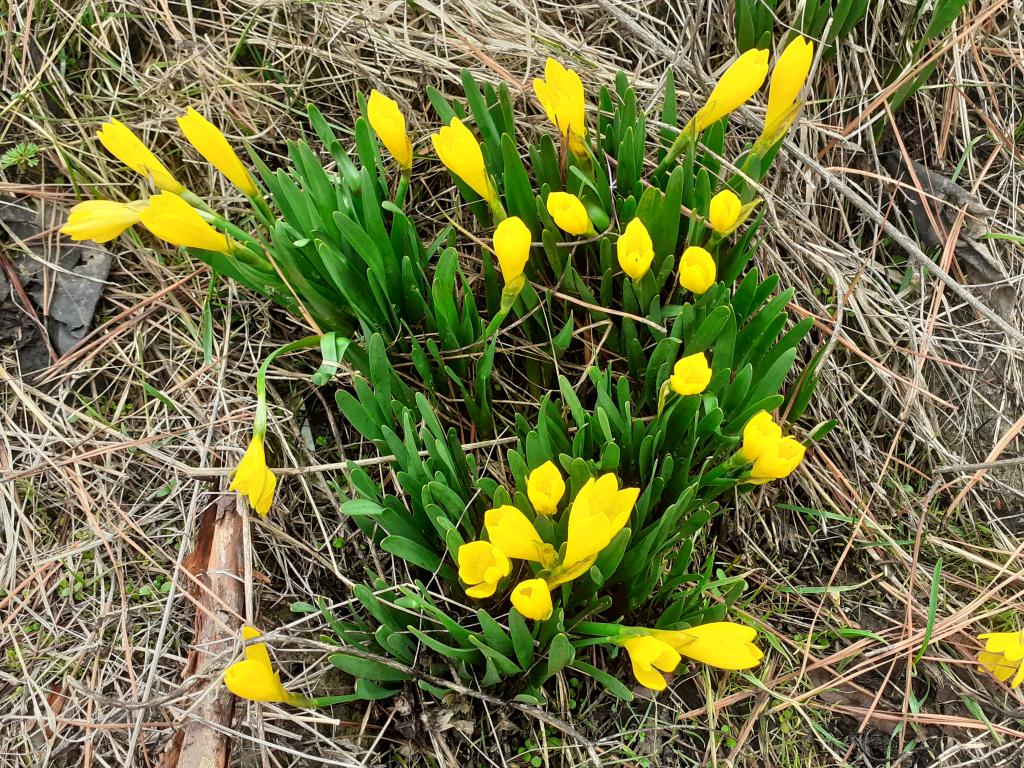 The gul-tour, a spring-flowering herb, bloomed in February this year instead of March, when it usually appears. Photo: Anzar Khuroo

Spring arrived earlier than usual in Kashmir this year due to higher temperatures in February and March. Gul-tour, a spring flowering herb started blooming in mid-February in Kashmir. Its yellow flowers would usually blossom in March, heralding Spring.

Following gul-tour, almond and peach trees also burst into white and pale pink flowers early March in Kashmir and Bhaderwah valley of Jammu. Almond flowers are generally seen in the middle of March.

Over the years, February has become warmer in Kashmir. Two decades ago, Kashmir’s average maximum temperature would hover over 12 degrees Celsius, said Anzar Khuroo, botanist and senior assistant professor of University of Kashmir, Srinagar. On February 17, 2021, Kashmir recorded a maximum temperature of 17.1°C. This is the temperature the region would usually record in March.

This is despite very heavy snowfall the month before — the highest since 2005. Experts say this rapid thermal change could be partly attributed to climate change and has become a pattern. For a couple of decades, temperatures in February remained in the range of 15-20°C.

In 2019, the state's meteorological department revealed that Jammu & Kashmir recorded 1.2°C rise in temperature in the last hundred years, which was 0.2-0.3°C higher than the global average temperature rise in the period.

Khuroo, who has extensively researched on alpine vegetation of Kashmir, has been documenting the blooming of gul-tour in Kashmir and recorded its early flowering. He said:

It is difficult to say that it is entirely due to climate change. There is an average increase of 0.02°C in Kashmir’s temperature per year during last four decades.

Some spring flowering herbs, including gul-tour, bloom just after the snow melts in Kashmir. A few years back when the snowfall was low, gul-tour bloomed in January.

Between 1981 and 2005, the mean snowfall depth decreased in Kashmir. The rate of decrease was higher in winter than in spring, according to a research conducted by hydrology and environmental geology researchers at the University of Kashmir and Aligarh Muslim University.

The hydrological cycle in Kashmir is dependent on snowfall and ice. A decline in snowfall has an impact on the seasonal character of Kashmir.

Along with decrease in winter precipitation, the flowering phenology of important crops like almonds, apricots and apples in Kashmir has also changed since 1901. The life cycle of these flowers has moved 15-20 days forward compared to the general trend, according to University of Kashmir study.

Increase in temperature in February and early March also affects the growth of fruit crops. Due to short chilling period, the buds break prematurely. This has an impact of the quality of crops like almond and peach and the over 700,000 families whose livelihoods depend on horticulture in Kashmir.

“There is a problem in almond blooming due to varying precipitation and almond production might decrease this season,” said Manzoor Ahmad Bhat, deputy director of Directorate of Horticulture, Kashmir. He, however, maintained that the spring this year is normal and on time.

The horticulture department has diversified fruit crop varieties of apples to deal with the seasonal fluctuations in temperature, added Bhat.

“We have introduced early blooming varieties of fruit crops which bloom earlier. Also, the budding is in its initial stage and so, it is not the right time to predict anything,” he told Down to Earth.