Heatwave grips US too, ‘excessive heat warning’ for some areas 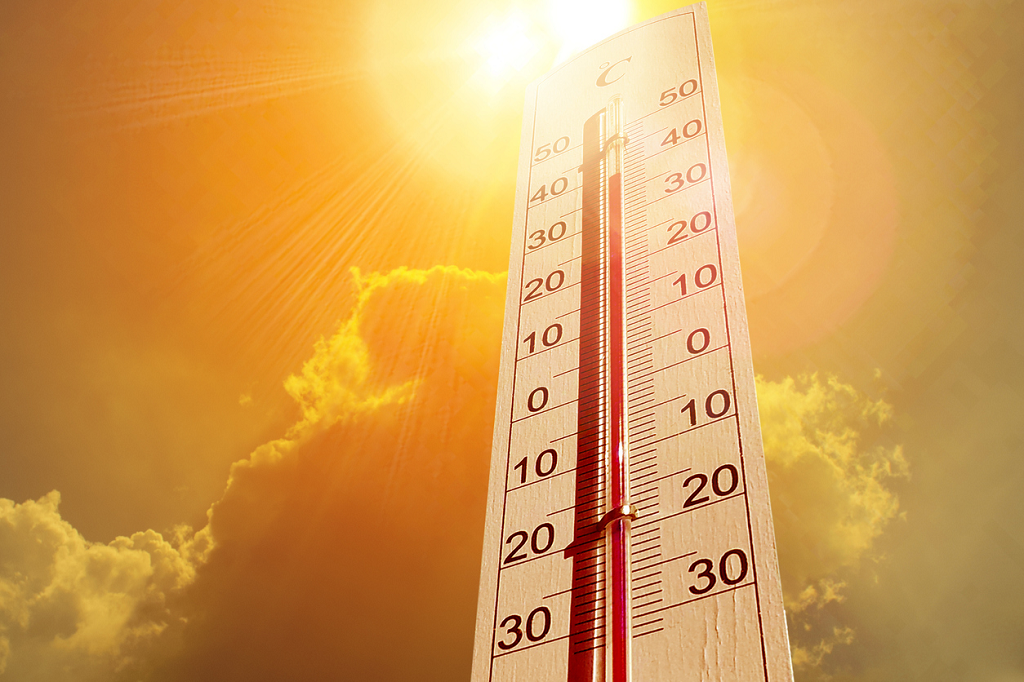 A dangerous heatwave has gripped the United States, with some parts recording temperatures beyond 38°C.

Parts of southwestern, south-central and eastern United States have been particularly impacted, according to National Weather Service. The federal agency forecasts weather in the US.

Widespread high temperatures, ranging from 32-38°C, will cover most of the country from July 21-22, said experts.

“Above-normal temperatures will continue to prevail across much of the US through the end of the week, with a significant portion of the population remaining under heat-related advisories and warnings,” the National Weather Service stated.

A statement from the White House, US President Joe Biden's office, stated that the climate crisis was making heat waves more intense and frequent.

“The climate crisis is...taking a toll on health across the country — sending tens of thousands of Americans to the emergency room, increasing risks of heart and respiratory problems, and especially endangering our workers, children, seniors, historically underserved and overburdened communities, and people with underlying health conditions,” the statement read.

The statement comes in the wake of heatwaves sweeping western Europe.

Biden July 20 took stock of the situation and announced a slew of measures to combat climate change.

He announced $2.3 billion in funding to the Federal Emergency Management Agency (FEMA) for its Building Resilient Infrastructure and Communities (BRIC) programme.

Other measures include lowering cooling costs for communities suffering from extreme heat and expanding offshore wind turbines to provide clean energy and jobs.

“In the future, this kind of heatwaves will be normal. We will see stronger extremes,” Petteri Taalas, World Meteorological Organization (WMO) secretary-general, said in a statement.

WMO is a specialised agency of the United Nations for meteorology.

Southeastern California and western Arizona, southern Nevada and southern Utah have been given an “excessive heat warning” for July 21 and 22.

An excessive heat warning is declared when the heat index is 40.5°C or greater and lasts for two hours or more.

These regions, home to 168,101 people, are expected to see temperatures shooting beyond 38°C.

Low-elevation areas could see the mercury going as high as 43°C.

This makes it the 15th-warmest June in 128 years, according to National Oceanic and Atmospheric Administration (NOAA). The American agency forecasts weather and monitors oceanic and atmospheric conditions.

Rainfall was below average in June. At 59.18 mm, precipitation was 15.24 mm below average, according to NOAA.

“As of June 15, nearly one-third of the American population was under some form of the heat advisory,” WMO said.

Canada, which saw devastating heatwaves in 2021, does not appear as affected yet. However, on July 18, the country issued a heat warning for the city of Ottawa.

Temperatures are predicted to touch 30°C on July 22 and July 23. The highest temperature registered in the city was 36.7°C in 1955, according to the data on the Government of Canada website.

Wildfires have been ravaging the United States, covering 3.1 million acres in July, according to the National Interagency Fire Center. The centre provides emergency responses in the US.

Only three fires have been contained so far, data showed.

Last month, large wildfires broke out in portions of the south and southwest parts of the US. By July 1, fires engulfed 1.85 million acres, the second-highest June total on record, NOAA stated.

Last year alone, the United States faced 20 extreme weather and climate-related disaster events. The losses exceeded $1 billion each — a cumulative price tag of more than $145 billion, according to a statement from the White House.