A marine biologist, Rebecca Kordas, tries to understand how intertidal ecosystems, which exist along the shore, adapt to changes such as heat effects 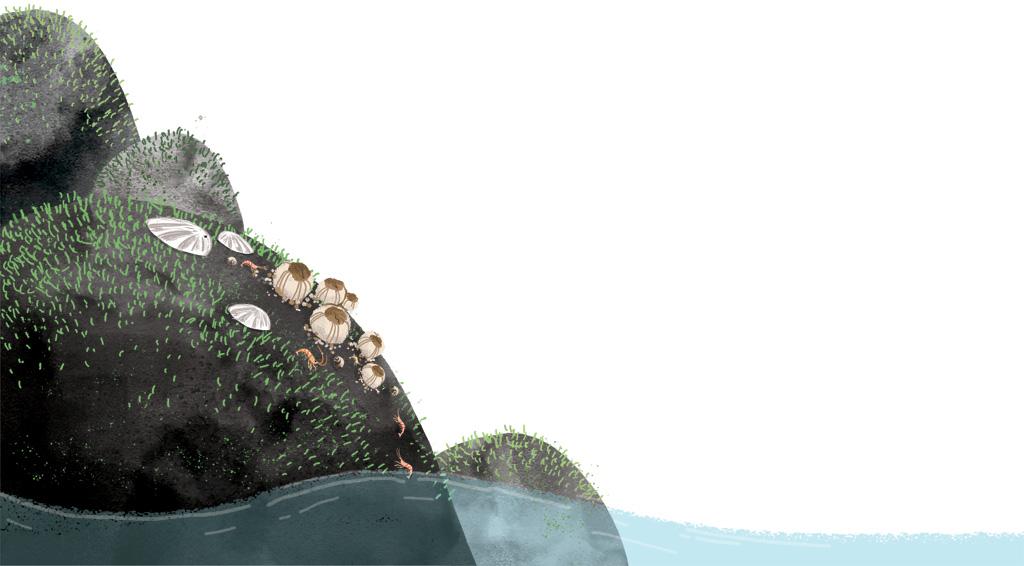 For Rebecca Kordas, the ocean shore has become a new laboratory for unique experimentation. Her study area was the shore of Ruckle Park on British Columbia’s Salt Spring Island off Canada’s Pacific coast, where she kept a check on the tiny marine ecosystems that she has grown on specially-designed settlement plates—live miniature laboratories that scientists use to culture organisms.

By studying these intertidal ecosystems, which exist along the shore in the region of high and low tide of the sea, she was trying to understand how they develop and change over a period of time, especially when the population of a particular species is increased. She also analysed how external changes like heat, affects such ecosystems and how they resist these changes. “I love doing experiments out in nature (rather than in a lab),” says Kordas, currently a research fellow at London’s Imperial College.

Kordas placed the settlement plates in an actual intertidal zone in a one of a kind experiment. The clean plates soon filled up with all kinds of tiny marine animals and plants creating an ecosystem from scratch. Then limpets, which are native to these areas and also the dominant herbivores, were introduced into some of the plates, keeping other plates devoid of the animals to make a comparison.

Through her experiments, Kordas has established that the introduction of limpets in an ecosystem can make it more diverse (see interview, p40). Limpets basically eat the micro algae which frees up the space for other organisms like barnacles and shrimps. Barnacles also become homes for a myriad other organisms like snails. This increases the overall diversity of the ecosystem.

Kordas says, “Such experiments can be quite difficult to do on rocky shores because any experiment that you attach to the rocks tends to get knocked off by waves, eaten away by the salt water, breaks because water leaks in, or breaks because of very hot (low tide in summer) or very cold (low tide in winter) conditions.” Working on rocky shores is also quite difficult because you only have access to the area during low tides (which lasts 4-6 hours) and during calm weather (when there are no waves), she says. Near Vancouver, there are low tides during the day in summer, but during the winter at night, it makes for very unpleasant working conditions. “Because of these difficulties, field-based experiments in marine systems are much rarer than they are in other systems like grasslands and tundra”, she adds.

This, in fact, is not the first experiment to study how the introduction of even one species can rejuvenate an ecosystem. For instance, when wolves were re-introduced in the Yellowstone National Park in the US in 1995, it had a massive impact on the ecosystem, including changes in the course of the Yellowstone river. Due to this, the overall health of the ecosystem was restored.

At present, marine ecosystems across the world are under a severe stress due to increase in the temperature of oceans, according to the World Wildlife Fund. The main cause for this is global warming. But Kordas’ work hints to the fact that ecosystems might also have an inbuilt mechanism to tide over this challenge triggered by humans.

Kordas came up with an interesting innovation to check if intact ecosystems are better at resisting ocean warming. She heated up the plates to check how the ecosystems responded. Though settlement plates have been used by researchers for a long time now, the catch is that her plates could be heated. This is an innovation that has been used by only a few other researchers elsewhere in the world.

Kordas found that more diverse systems with the limpets on them were much better to handle external heat. This could be an example of ecosystem resilience—a way in which complete ecosystems in nature resist and adapt to external stresses—natural or human-induced.

“Consumers are important in all systems—they help preserve the balance within the ecosystem—so intact ecosystems are likely to have a better chance at resisting the negative effects of climate change, around the world,” says Kordas.

Scientists have been trying to define ecosystem resilience for quite some time now. Jagdish Krishnaswamy, senior fellow at the Ashoka Trust for Research in Ecology and the Environment or ATREE, Bengaluru, defines ecosystem resilience as “the ability to recover and regenerate key ecosystem functions and ecosystem services after a major shock or perturbation but not necessarily returning to the same initial state as earlier”.

There are two types of ecosystem resilience—one where the system comes back to the state it was earlier and the other, where it attains a new state of being. The first is called ªengineering resilienceº. Forests can, for example, come back to their original state with the same species diversity and other natural parameters after a catastrophe like a forest fire. This is what happened after the Oregon forest fires in USA in 2001.

The second is called ªecological resilience”, where external factors enable the ecosystem to regain its health. Krishna-swamy says that the recovery of coral reef ecosystems in the Lakshadweep archipelago after bleaching and mass mortality due to the El Nio event of 1998 happened as the survival of some corals were helped along by the local water movements.

Humans can also have a positive impact on ecosystem resilience. Krishnaswamy says that this is the case, “especially, in socioecological systems where functions and services provided by these systems are the result of human-nature interactions”. Just like bees and other pollinators are supported by agriculture, and human-made wetlands are perfect habitat for birds, aquatic plants and native fish are examples of human-supported ecosystem resilience.

Further, ecologists have been unsure about the fact that an increase in biodiversity actually increases ecosystem resilience. Different researchers have come to different and often contradicting conclusions; but the current study could be a starting point to arrive at a better understanding of this concept.

(This article was first published in the 1-15 February issue of Down To Earth under the headline 'Route to Resilience').