Hotter than normal: trends show that it is true for both summer and winter temperature

Interestingly, Himalayan states such as Himachal Pradesh and Sikkim have seen the highest increase in annual mean minimum and maximum temperature over the last few decades 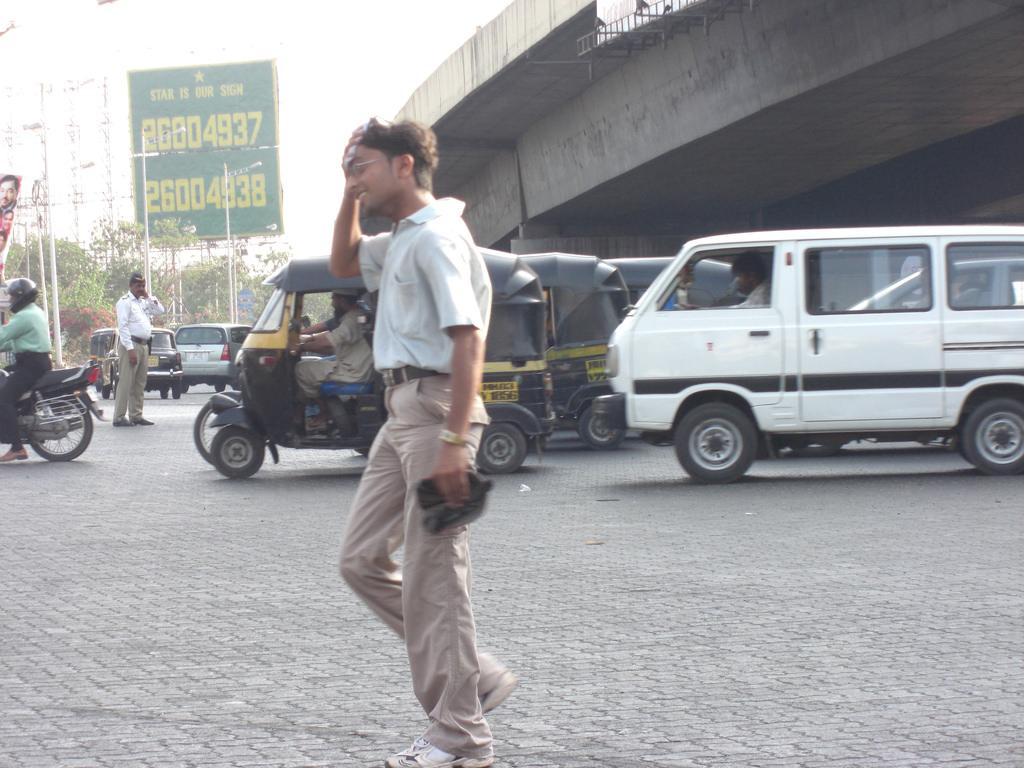 States such as Haryana have registered a 4.8°C departure from normal. Credit: Swaminathan / Flickr

By the end of April 2018, a large swathe of north-western and central India is under the grip of heat wave. According to the latest forecast issued by the India Meteorological Department (IMD), “Maximum temperatures were appreciably above normal (3.1°C to 5.0°C) at many parts of Rajasthan; at some parts of Jammu & Kashmir, Assam & Meghalaya and at one or two pockets of and Arunachal Pradesh, West Madhya Pradesh, Madhya Maharashtra and Haryana.”

On April 20, highest maximum temperature (45.9°C) was recorded in Chandrapur of Vidarbha region. This temperature was surpassed by Churu (West Rajasthan) on April 28, when it registered a maximum temperature of 46.5°C. States such as Haryana and Himachal Pradesh have registered a 4.8°C and 4.5°C departure from normal. The current heat wave conditions fall in the line with the historical trend. 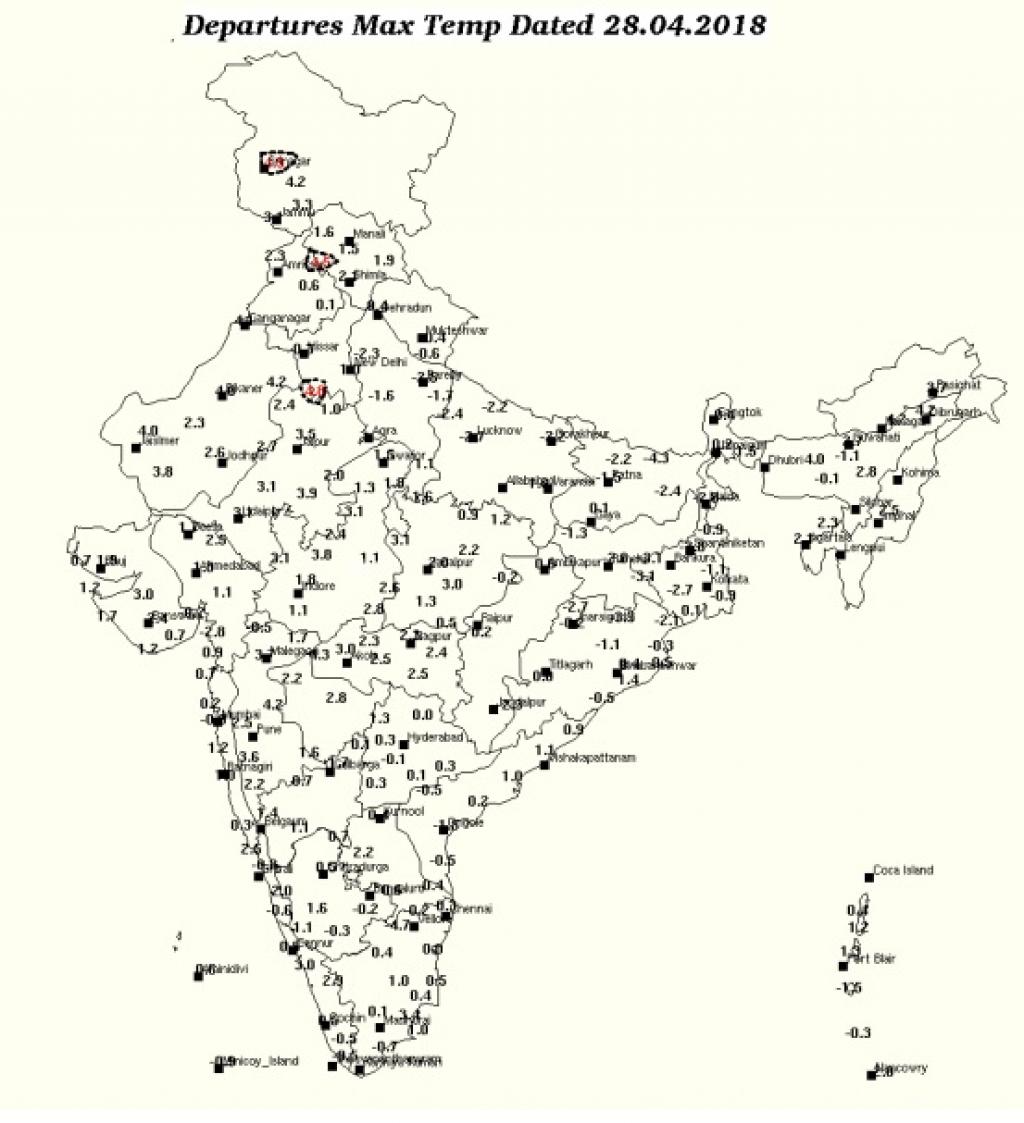 India has witnessed hottest summers in the last 15 years. In nine out of 15 years, the seasonal maximum temperature was over 31°C on an average. 2017 was the fourth consecutive hottest year after 2016, 2015, and 2014 and 2018, too, seems to be joining the league of hottest years.

2018 recorded the fourth warmest winter since 1901

As predicted by IMD, the winter was warmer in 2018, in fact, the fourth warmest in the last 117 years. With an average annual temperature of 21.84°C, the warmest ever winter was recorded in 2017. Winters are, in fact, becoming warmer as evident from the rise in minimum temperature from Jan-Feb during 2001-2017.

How the states have been heating up all this while 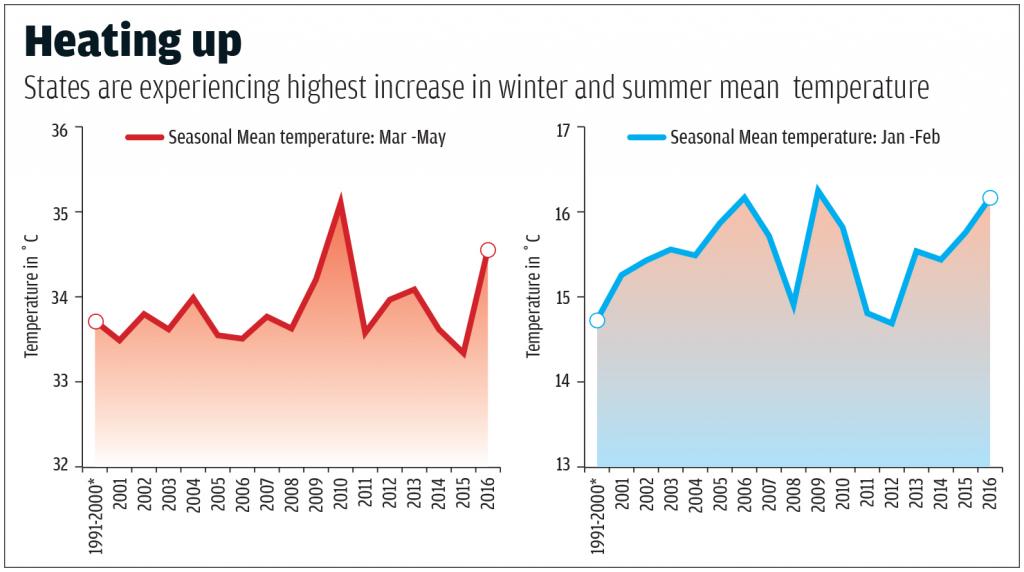 What to expect in the coming months?

May 2018 could be even worse considering IMD issuing a warning of a possible severe summer with temperatures 0.5 to 1°C higher than the long-term average. According to IMD projections, Jammu & Kashmir, Punjab, Haryana, Chandigarh & Delhi and Himachal Pradesh are likely to be warmer than normal by ≥1 °C.