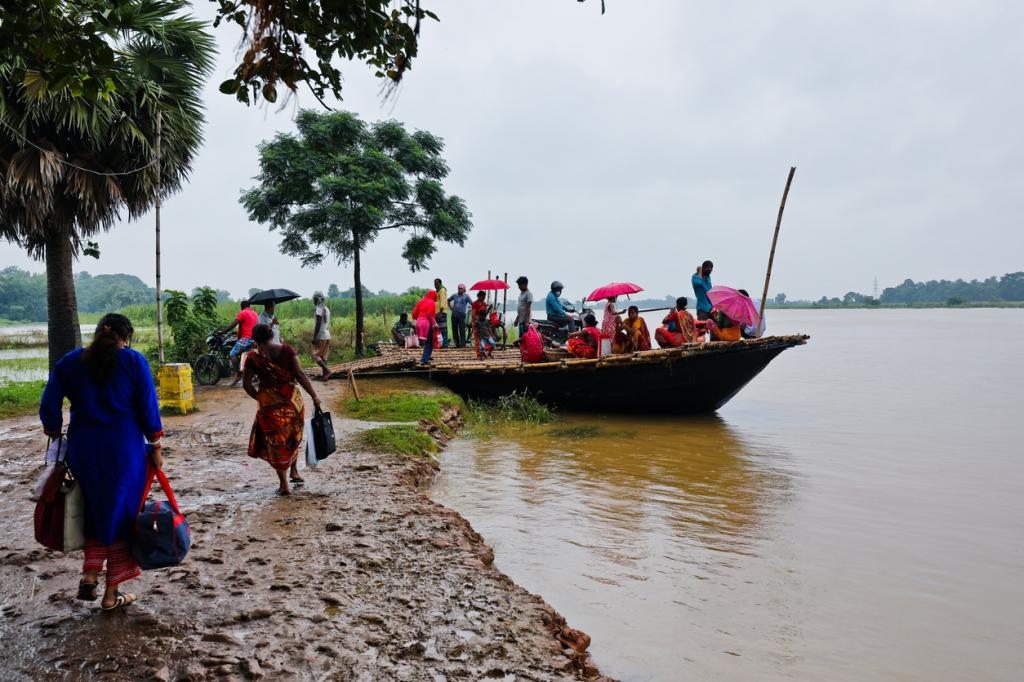 More people across the world are now displaced due to climate change-induced disasters than conflicts, reversing a historical trend, noted the World Migration Report 2022. This has created a vulnerable group of population that is targeted for trafficking, studies have shown.

Some 30.7 million displacements in 2020 were triggered by natural disasters in 145 countries and territories, according to the report published every other year by the United Nations International Organisation for Migration.

Total internal displacement across the world due to disasters, conflicts and violence increased to 40.5 million in 2020 from 31.5 million in 2019, despite containment measures to curb the COVID-19 pandemic, the study added.

Manika Kamthan, assistant professor at Symbiosis Law School Pune who has authored papers on this topic, told Down to Earth (DTE):

Human trafficking is the result of exploitation of existing vulnerabilities in society such as gender, poverty, place of residence and geographical locations. These vulnerabilities are aggravated during natural disasters. The devastating situation acts as a breeding ground for traffickers.

“Women and children are primarily trafficked in the garb of employment opportunities, assuring safe habitats, among others,” she added.

Anjali (name changed) was 12 when Cyclone Aila hit West Bengal in 2009. Like everyone else, her house and farmland in Kakdwip block, South 24 Parganas district was flooded.

Her father suffered a serious shock, fell extremely ill and had to be hospitalised. “We had no money for his treatment. Whatever survived the cyclone had to be sold off to collect money for him,” she told DTE.

This ordeal went on for a year and a half. “When he came back and saw the situation the family was in, he went to Andaman & Nicobar islands for work. My mother began work as a maid at another house,” she added.

Their financial situation was dire, with the family of seven managing just one meal a day, and sometimes not even that. “We would drink water and force ourselves to sleep. The fatigue helped,” she added. Their condition did not improve for several years after and Anjali tried in her own ways to help.

An eager student of dance, she embraced the artform. In 2013, her dance teacher told her about a programme in Kolkata where she could earn some money. She had no reason to say no.

“I left my home thinking I’m going to Kolkata but my dance teacher turned out to be a trafficker. Taking advantage of my parent’s absence, he took me to Delhi, where I was raped and tortured for three months,” she told DTE.

Anjali was rescued by the local police who worked in coordination with Goranbose Gram Bikash Kendra, a non-profit that works with communities in South 24 Parganas to combat human trafficking.

Anjali’s story underlines how disaster and poverty fuel human trafficking — an increase in extreme weather events will only make millions more vulnerable to this trap.

Disasters lead to a breakdown of social institutions, making food securing and humanitarian supplies ‘difficult’, Mondira Dutta, former professor and chairperson of the Centre for Inner Asian Studies at Jawaharlal Nehru University’s School of International Studies, wrote in a 2017 paper published in the European Scientific Journal. “This leaves women and children vulnerable to kidnapping, sexual exploitation and trafficking.”

“It is an extremely organised crime that thrives in the absence of a watchdog mechanism, at both the community and state levels,” said Prabhat Kumar, deputy director of child protection at the non-profit Save the Children.

The UN Environment Programme estimates that globally, human trafficking rises by 20-30 per cent during a disaster. A changing climate will only augment this trade, experts said.

“There could be up to 325 million extremely poor people living in the 49 countries most exposed to the full range of natural hazards and climate extremes in 2030,” according to the Overseas Development Institute.

At least 21 million people globally are victims of human trafficking, typically involving either sexual exploitation or forced labour, Michael B Gerrard, Andrew Sabin Professor of Professional Practice and Director of the Sabin Center for Climate Change Law at Columbia Law School, US, wrote in a 2018 paper published in the Miami Law Review. “In the decades to come, climate change will very likely lead to a large increase in the number of people who are displaced and thus vulnerable to trafficking.”

Around 143 million people will migrate within their countries by 2050 due to climate change related events in sub-Saharan Africa, South Asia and Latin America, the World Bank estimated in September 2021.

Droughts could lead to the migration of 22 million more people in Africa, 12 million in South America and 10 million in Asia by 2059 (in comparison to the 2000-15 period), the UN Convention to Combat Desertification estimated.

Such displacement after disasters leads to people becoming easy targets for traffickers, the UN High Commissioner for Refugees noted.

The link of trafficking with extreme weather events has been observed across the globe in the past decades. Rising incidents of trafficking were first noticed in the aftermath of the Indian Ocean tsunami in 2004, showed a 2016 report by the International Organisation for Migration (IOM). In Indonesia, children were abducted and then put up for adoption, it added.

In Haiti, the 2010 earthquake exacerbated cases of trafficking, according to IOM. In the Philippines — where poverty and trafficking were already rampant — cases increased in the aftermath of Typhoon Haiyan in 2013, the organisation mentioned.

Thailand also saw a rise in human trafficking after this typhoon hit. Drought-affected migrants have also reportedly been smuggled from Cambodia to Thailand, the IOM report showed.

Droughts in African nations have resulted in a rise in marriages of children as young as nine years old, solely because their parents don’t have the money to feed another mouth, it added.

Young girls of age 13-18 years were sexually exploited “by some members of a non-governmental organisation, humanitarian staff, security forces and men in positions of power and influence in exchange for money, food or other goods,” a 2002 study by the International Union for Conservation of Nature (IUCN), citing a survey by UNHCR and Save the Children, UK showed.

Evidence of forced early marriages were found in Iran  after an earthquake and floods hit Bushehr and Mazandaran. In Fiji, after a flood wreaked havoc, children were forced to stay home to look after their younger siblings in the day and indulge in sex work at night, as per the IUCN study.

The Pacific Islands, where erratic rainfall, droughts, floods and cyclones occur frequently, combined with persisting gender-based violence, is another place where the crime has gone up, but evidence remains thin.

Modern slavery and human trafficking are on the rise in India, among other countries, warn the UK-based non-profits International Institute for Environment and Development (IIED) and Anti-Slavery International in a recent report.

It establishes the close relationship between lack of resources, alternative livelihoods, safety nets and the protection against loss and damage as well as debt and exploitation.

This research identifies climate change as a risk multiplier that makes people who are already vulnerable due to conflict or inequality more likely to become victims of modern slavery, Adéla Mackie, fellow, Anti-Slavery International, said on the report that released in September 2021.