How to create an oasis

Pastoral communities are fighting invasive species in Gujarat's Banni grasslands by using a combination of seeds that can withstand heavy, normal and low rainfall

India: Mixing it up to save Banni grasslands

Gujarat's pastorals Maldhari community is trying to revive the Banni grasslands that are fast degrading due to the onslaught of invasive plant species Prosopis julifora.

The members, along with non-profit Sahjeevan, started a project earlier this year where they are replacing the invasive species they call gando babool with mixed varieties of native seeds in six plots spread over 125 hectares (ha).

“Rainfall is erratic. So we are using a seed mix that can withstand heavy, normal and low rainfall,” says Pankaj Joshi of Sahjeevan.

They are also reclaiming the grassland portions where some of the community members started illegal farming. “We are sowing small pellet balls of mixed seeds, manure, soil and water in 15 ha,” says Joshi. The members are also sensitising the young members of the community to draw them back to livestock rearing. 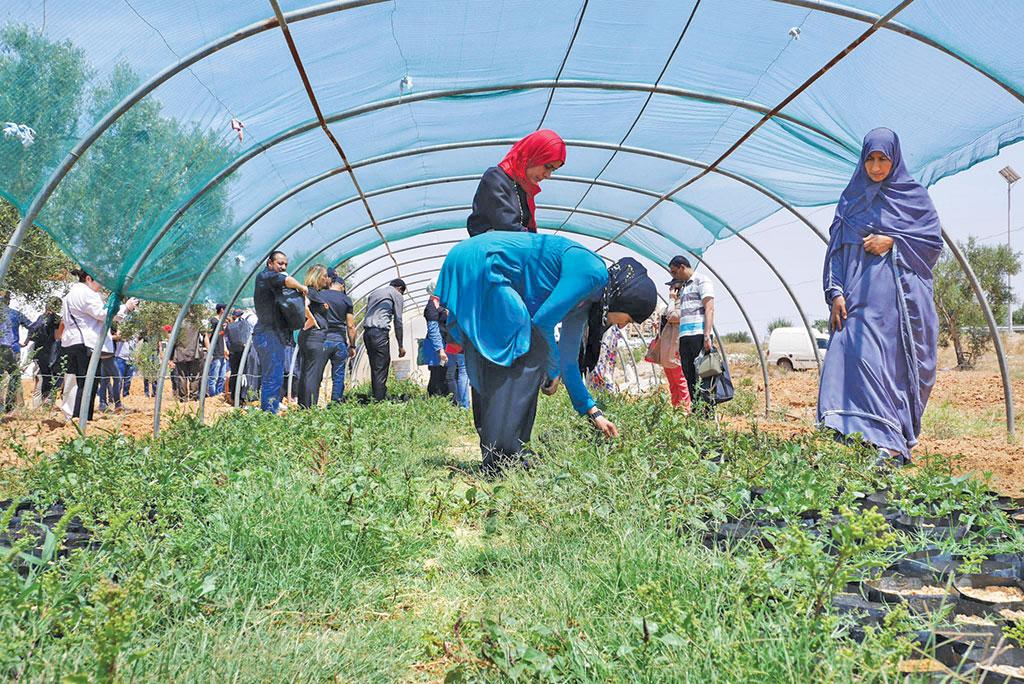 The project Acacia For All is a boon for the farmers of Bir Sala village in the north African country Tunisia. Farmers here traditionally grow almond and olive crops, which take up a lot of water. But climate change has made rain scarce in this arid and semi-arid region. In 2012, social entrepreneur Sarah Mag Toumi provided them a new farming opportunity with acacia.

The tree can grow in desert areas and has roots up to 100 m, providing soil with nitrogen that restores fertility. Its plantation is an internationally recognised method to halt desertification.

In 2012, the farmers planted 1,500 trees and another 5,000 the next year. The aim is to create two green belts through the country that will prevent desertification, fertilise soil, and enable people to sell the Arabic gum that the trees will bear.

Australia: Back to life 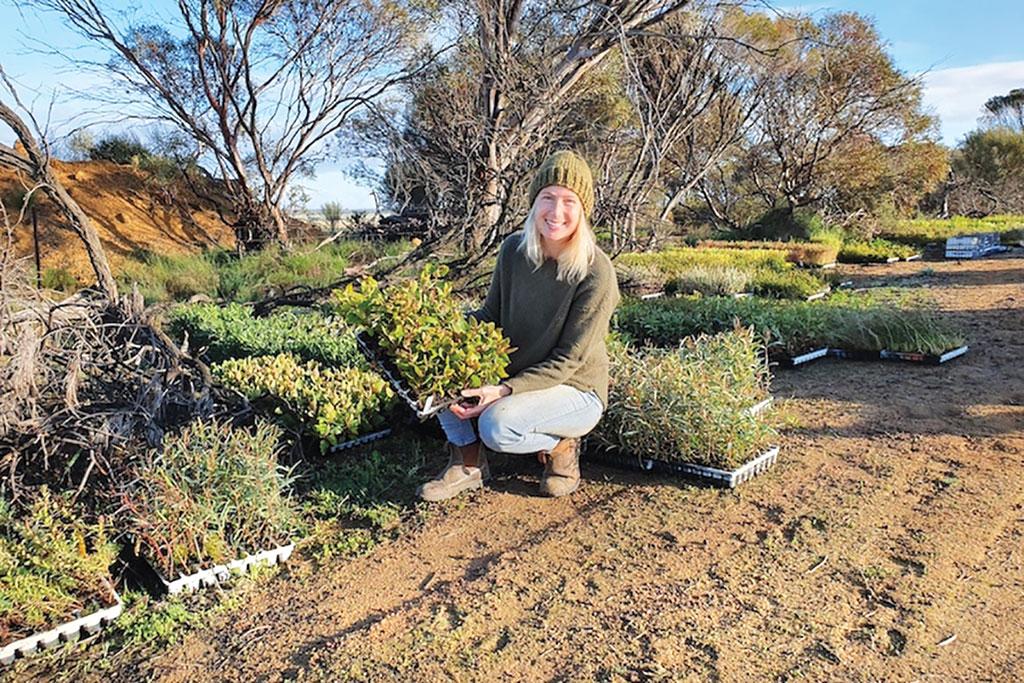 Australia-based firm Wide Open Agriculture is undertaking regenerative farm practices to transform highly-degraded landscapes into productive farms and healthy ecosystems. In 2017, the company bought large tracts of land in the Western Australian Wheatbelt area, which was once as bio-diverse as a rainforest but turned dry in the late 20th century due to unsustainable farming practices.

The company leased it to regenerative farmers, who practice organic methods such as permaculture, which revitalises soil. This has had a remarkable effect and communities that had migrated have started returning.

The company is also establishing tree zones (forests) and an agro-ecology buffer zone to be used for grazing to revive the biodiversity.

Nestled in the rain shadow side of the Sahyadri range in Maharashtra, Kumbharwadi village receives an annual rainfall of just 500 mm. The village in Ahmednagar district is also regularly ravaged by droughts and as a result witnessed mass migration in the 1990s.

But things started changing for the better in 2002 when non-profit Watershed Organisation Trust introduced its watershed development programme to harvest rainwater. Next the non-profit rolled out the water stewardship programme under which they institutionalised water budgeting to arrest consumption.

The budget is made twice — once in May before the kharif season and, depending on the rainfall, another budget is made before the rabi season and in case the water usage is more than water availability, farmers are advised to grow less water-intensive crops.

The programme also uses meteorological support and promotes the judicious use of irrigation practices.

In 2015, the groundwater table had increased to 2 metres below the surface, from 6.5 metres in 1997. The interventions also improved the quality of soil. In 2016, when trains were carrying water across Maharashtra, Kumbharwadi could manage its own water resources.

The non-profit has completed watershed development in 1,516 villages in seven states and has implemented the water stewardship programme in about 190 villages. 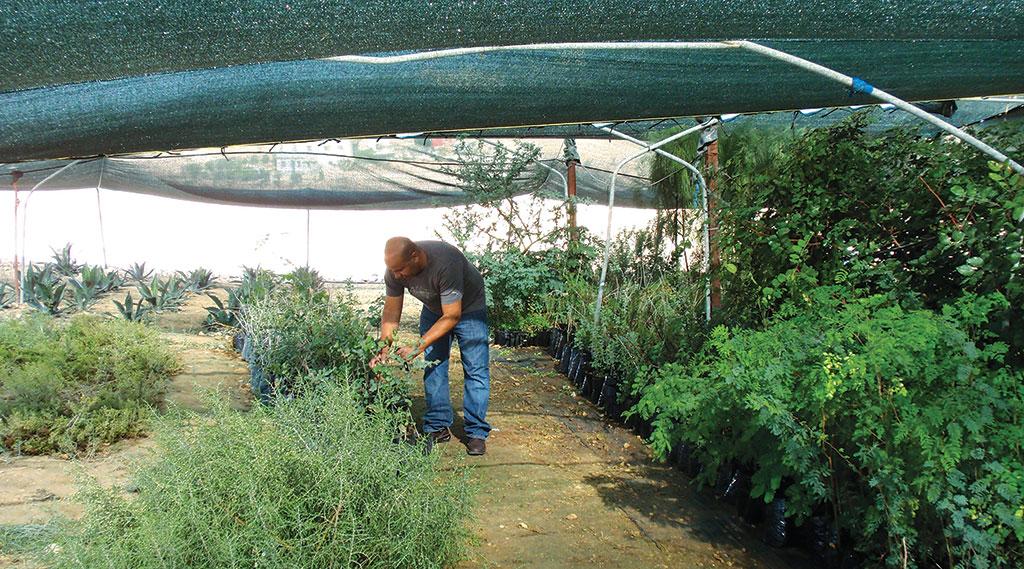 The revolutionary Project Wadi Attir is transforming the land and lives of people living in 40 ha of once-barren land scarred by soil erosion in Israel’s Negev desert.

The Bedouin community, descendants of nomads who came to the region from Saudi Arabia, has dramatically reversed land productivity and increased the diversity of plant and animal species. In 2009, the community, working with US-based Sustainability Laboratory, started establishing a perennial plant cover with native trees and shrubs on the heavily-eroded gullies and slopes.

Everything here is connected to green technologies. The area is now an eco-farm that produces energy, protects land and saves water. Biological productivity, along with food and fodder, has increased. The number of rare plants and animals too is rapidly increasing.

Chile’s focus is on water and energy conservation 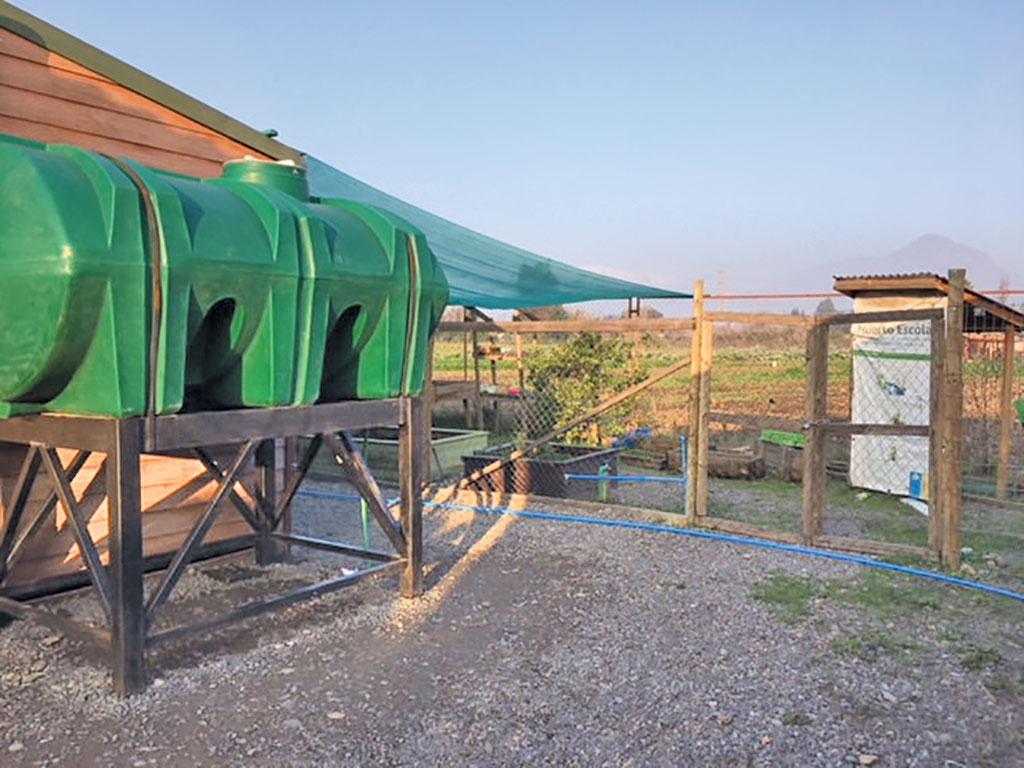 In 2007, the United Nations and the European Union launched the Programme to Combat Desertification in central Chile to aid communities fight the driest decade (2003-13) in the region in 150 years. Under the initiative, 88 communities, involving about 20,000 people, have been able to build and run six programmes in different villages of the region to mitigate the adverse impacts of their activities on the environment.

These initiatives can be divided into three categories — water, energy and farming. Under water, four initiatives were started — recycling (small biofilters to clean water to wash dishes and for bathing were installed in homes); bringing water from a 2,000 metre high mountain and storing it in household tanks; developing a mechanism to catch and convert fog into water; and, rainwater harvesting systems in households.

The energy initiative involved reducing the use of firewood, which was a big drain on forests. To this end, six microenterprises were formed to build and instal solar power technolgies. The farming initiative involved the exchange of native seeds among families. Native seeds are handed down through generations and have evolved to survive in different climatic conditions. This exchange has helped preserve biodiversity. 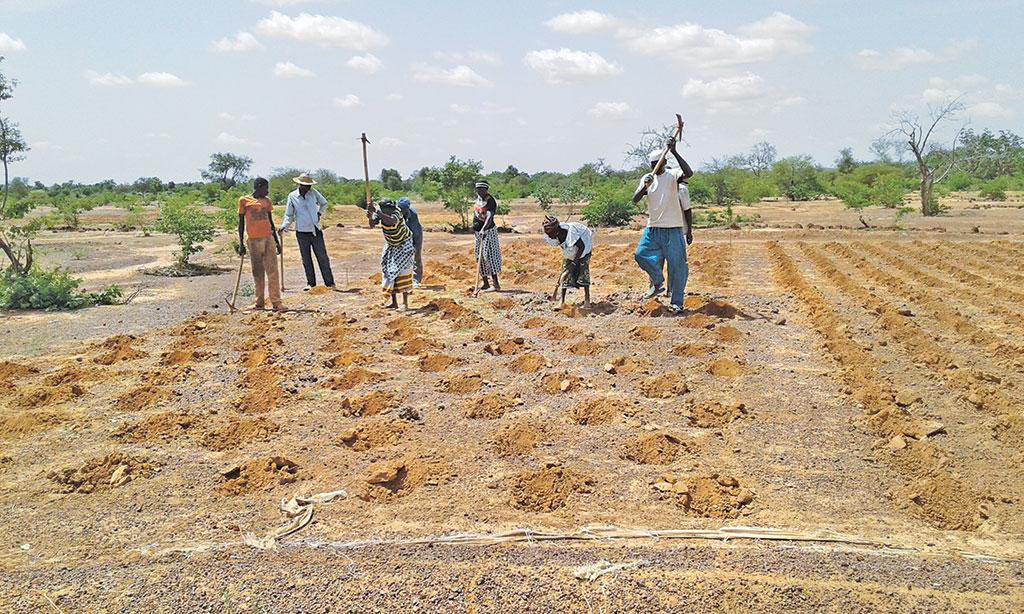 These pits trap runoff and aid collection of nutrients, allowing crops to withstand drought. The technique has been used to restore thousands of hectares (ha) of dryland and in doing so reduced hunger in Burkina Faso and Niger since Sawadogo began to teach it in the 1980s.

Lucie Yaméogo is making a success in Sourgou, 17 km from Koudougou, the capital of the Central West region. In her 40s, she has recovered, in less than 10 years, more than 5 ha.

The United Nations Food and Agriculture Organization says that a third of Burkina Faso’s land is degraded and the area is estimated to expand at an average of 0.36 million ha per year. It is conducting projects to make agricultural and pastoral production climate resistant in five regions of the country. Zai is an integral component of its strategy. 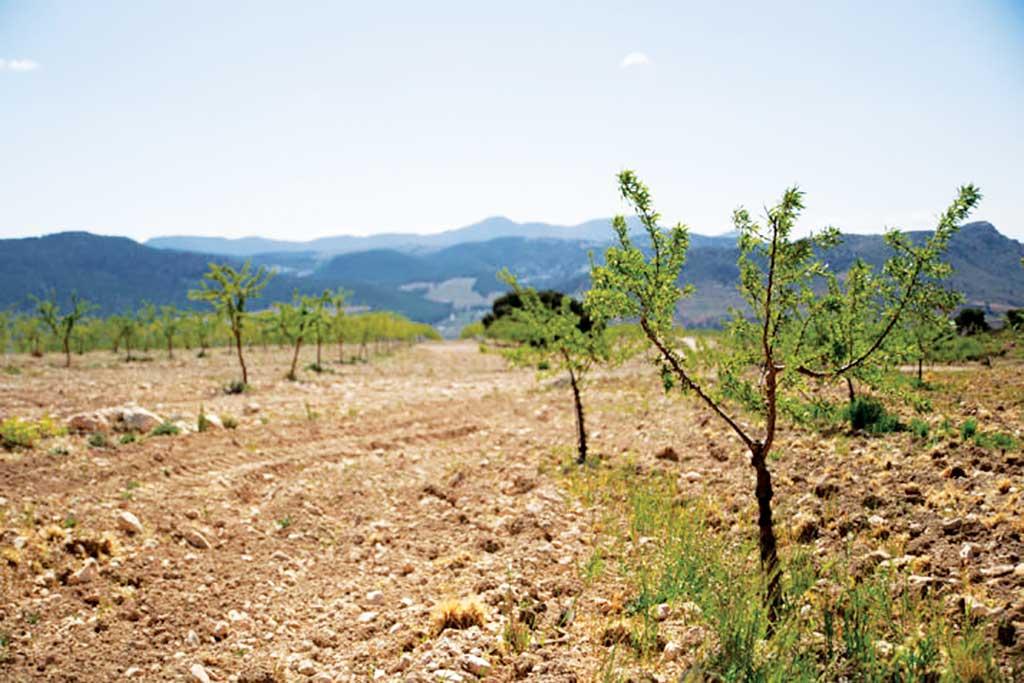 Spain is not usually associated with deserts. Surrounded by water on nearly all sides, the western European country with a pleasant Mediterranean climate is a major tourist destination. However, about two-thirds of the country will turn into desert by 2100 under business-as-usual scenario.

The situation in the dry and arid regions of Almeria and Murcia in southern Spain in particular is getting worse and estimates suggest that 3 million ha of wet areas will become arid by 2100.

To fight the spread, an initiative is being undertaken in Altiplano, Murcia, to restore 0.63 million ha. Dutch non-profit Commonland is aiding the project that aims at “an integrated production system which combines almond and local trees with aromatic oil crops, beekeeping, and sustainable grazing of the endemic lamb species”.

This project will decrease erosion, restore water balance and enhance biodiversity. Hundreds of farmers are part of the initiative which has also identified 30 business cases that can contribute to land restoration.