Hurricanes of the future might have increased potential for catastrophic events

Climate science predicts a definite increase in the frequency of hurricanes, their intensity and duration due to warming of the ocean surfaces 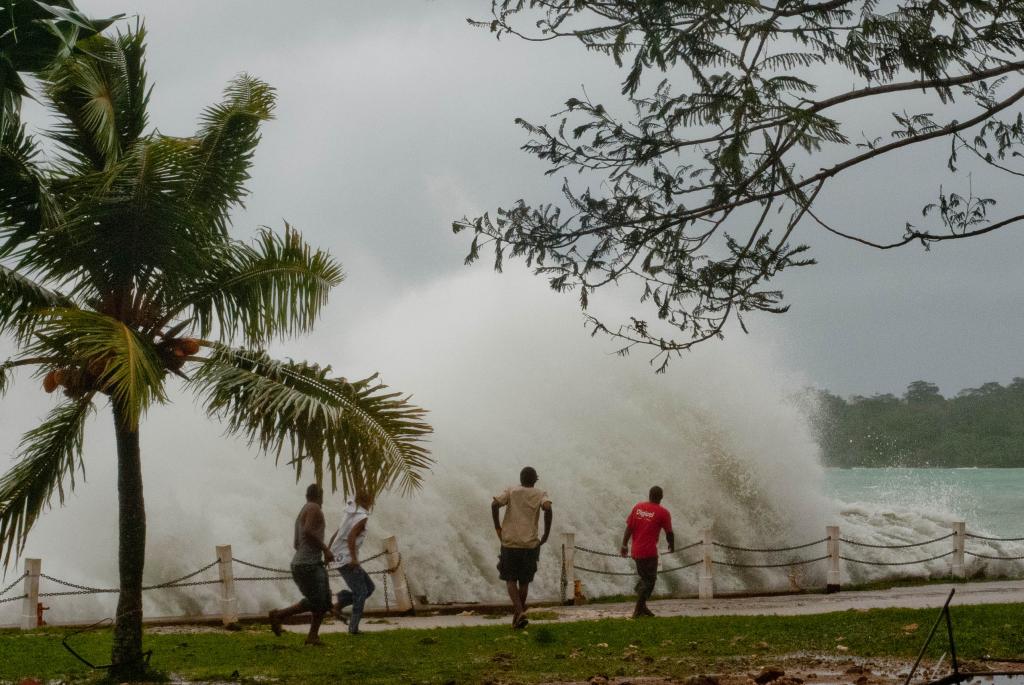 Hurricane Irma has recorded a maximum wind speed of 300 Km/hr which it maintained for an astonishing 37 hours. It is one of the most powerful storms that has lasted so long, in the past 30 years. It smashed through the Cuban coast on Friday night (local time) and left 23 people dead in its wake. It is due to hit Florida state by Sunday morning (local time) where authorities have evacuated 5.6 million people as a precaution and alerts have been issued for other states like Georgia as well. The storm has also regained its strength and has been upgraded to category 5 from category 4, based on the metric called the Saffir-Simpson hurricane wind scale, followed by weather scientists and administrators to measure the power of these storms.

Hurricane Jose, another category 5 monster, and hurricane Katia are close on Irma's heels moving towards the Caribbean coast.

In the last week of August, hurricane Harvey, a category 4 storm, had drowned the state of Texas, killing 70 people till last count. Though the estimates are based on hypotheses, experts have already touted Harvey as one of the costliest natural disasters in the American history. The estimated economic loss ranges from $11 billion to $80 billion. A hurricane causes the maximum damage during the initial storm surge on landing, which was luckily not at a densely populated region for Harvey, minimising the losses. Scientists were surprised at the relatively less loss of life and damage to property caused by the storm. But luck can run out at any point in time and the next hurricane could land at a populated place causing unimaginable damage.

But what is the science behind such megastorms, also called cyclones and typhoons in different parts of the world, that have wreaked havoc in human lives over the past two weeks and throughout history? And is climate change responsible for their sudden rise, after a long lull in the Atlantic Ocean—what scientists have called a 'drought' of almost 12 years. The last spate of hurricanes, not an uncommon event, in the region was back in 2005 though many smaller storms have occurred in the period.

Hurricanes are powerful tropical storms that are caused by the warming of ocean surfaces. Whatever their names are, the way these storms form and operate remains the same. They are part of the process through which the atmospheric system of Earth maintains its heat balance, transferring it from the tropics towards the poles and into space.

Kerry Emanuel, a hurricane expert at the Massachusetts Institute of Technology (MIT), says in this USA today report that a hurricane is like a "heat engine. It's a massive, natural machine for converting heat energy into mechanical energy—the mechanical energy being the energy of the wind."

Storms are formed over oceans by the warming of their surfaces. When the air above the sea surface in certain regions of these oceans warms up to about 27 °C or more, it rises into the atmosphere and cold air from the surrounding areas rushes in to take its place. This creates an upward wind due to the lower pressure at the surface and higher pressure above. The wind carries water vapour along with it and takes the form of a swirl.

This water vapour then forms clouds, which make a circular formation, and suck up the warm air and moisture from the ocean below adding to their size. Such formations can grow to enormous sizes of many hundred kilometres wide with a tropical depression at its centre, called an eye. The eye remains at low pressure and calm with strong winds from all around flowing into it.

A lot of factors lead to the brewing of such mega-hurricanes: higher ocean temperatures, few or no abrupt changes in wind direction called wind shear and the high amount of moisture in the atmosphere.

The Atlantic Ocean reaches its maximum temperature in September, and Phil Klotzbach, an atmospheric scientist at Colorado State University, says in a report published on Vox, “the Atlantic is a degree or two Fahrenheit hotter than it usually is this time of the year, which is providing Irma with some extra fuel.” To add to this the wind shear, which usually breaks the storm, is also almost zero, allowing the hurricane to grow.

Storms usually start dying down when they reach land but Irma has not encountered a vast stretch of land yet. In fact, there is enough energy and moisture available for the storm as it moves in on Florida to fuel it further.

Is climate change responsible for these storms and their intensity? Nobody seems to be absolutely sure. Scientists are still arguing if the Atlantic has a long-term cycle of warming and cooling that’s separate from warming induced by human activity. The major reason for such uncertainty is the lack of long-range data as hurricanes are being tracked by satellites and their data studied by scientists only since the 1970's. But climate science does predict a definite increase in the frequency of hurricanes, their intensity and duration due to warming of the ocean surfaces and increase in moisture.

On the other hand meteorologist Paul Gross at the WDIV-TV Channel 4 believes in this report that “our future may be one of fewer but stronger hurricanes.”  He further explains that “hurricanes of the future likely will have higher rainfall and increased potential for catastrophic flooding events - also due to higher storm surges, resulting from higher sea levels from the warming climate.”

Gross says that though the present hurricanes could have occurred regardless of climate change, the latter might have a contribution towards the rapid rate of increase in intensity of these storms. “Irma became the strongest Atlantic basin hurricane when its winds increased to 185 mph, also due to very warm ocean temperatures and otherwise favourable conditions,” he says.

Another report by Bloomberg talks about the effect of increased moisture in the region due to global warming which could have added to the power of the hurricanes.

Ben Strauss, vice president for sea level and climate impacts at Climate Central, said in a report that “Harvey included coastal flooding, which is more clearly influenced by higher sea levels, a known consequence of climate change.” But he has cautioned that more research needs to carried out before we can pin the blame of Harvey and Irma solely on climate change.