Experts have proposed that the new epoch—Anthropocene—began around 1950, when human-induced changes started affecting earth's geology 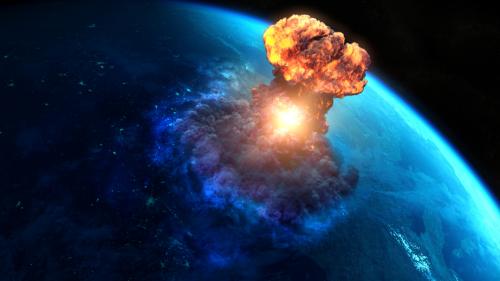 For the last 11,700 years or so, the earth has experienced relatively stable climatic and geological patterns. But the current epoch, the Holocene, might be cut short to herald a new era—the Anthropocene—if recommendations from a group of experts presented to the International Geological Congress in Cape Town on Monday are to be accepted.

According to the group, the proposed epoch should begin around 1950 and would be defined by man-made changes recorded in the earth’s geological data. The prime candidates to guide such a definition are the radioactive elements spread around earth as byproducts of nuclear weapon testing. Other indicators could include signals from plastic pollution, soot from power plants, concrete and possibly even bones from large-scale production of poultry.

All the current ways of human life around the world have been shaped during the Holocene. However, the stable patterns of the Holocene epoch have been challenged and even changed in recent decades through accelerated greenhouse gas emissions. Rising sea levels, massive land-use changes, the ongoing wave of mass extinctions of species would arguably mark a transition in geological time.

Despite the undoubted impact of humans on earth’s history, the changes being cited as proof of the dawn of a new epoch are very recent in geological terms—were changes occur over the span of millions of years. Considering this, the current observations could be mere aberrations.

Worldwide confirmatory signals in earth’s geological records are crucial in deciding whether a change of the current era is due. These signals are usually seen as increases in certain substances found in earth’s sediments. While the spread of radioactive elements provides the best possibility for such a signal, there are several other novel human-made materials such as elemental aluminum, concrete and plastics that form abundant, rapidly evolving “technofossils.” Nitrogen signatures through excessive fertiliser usage, carbon deposits in polar ice, increase in greenhouse gases captured in tree rings and ice-cores as well as plastics and micro-plastics in earth’s surface could provide other measures to support the argument.

A paper published by the American Association for the Advancement of Science in January first detailed how and why the current epoch is characteristically different from the Holocene. The paper also suggests the recognition of an “early Anthropocene” beginning with the spread of agriculture and deforestation, the Columbian Exchange of Old World and New World species, the Industrial Revolution and the mid-20th century “great acceleration” in population growth and industrialisation. Also in contention are the fossilised signals left behind by industrial poultry farming which has caused an alarming surge in the production and spread of chicken.

While the term “Anthropocene” was coined in 2000 by Nobel laureate Paul Crutzen, the Working Group of the Anthropocene (WGA) was formed only in 2009. Of the 35 scientists constituting the WGA, 30 voted in favour of formally designating the Anthropocene. Over the next few years, the members of the WGA will decide which signals are the sharpest and strongest indicators of an epochal shift. Since geological divisions are made on the basis of boundary layers in rocks or ice, the task of scientists would be to also determine a location in earth’s crust to demarcate the new era.

After data has been assimilated, it will be submitted to stratigraphic authorities for approval and official adoption of the Anthropocene. Formal recognition is ultimately done by the International Commission on Stratigraphy (ICS). The commission prepares the International Chronostratigraphic Chart, which describes verified changes during the planet’s 4.5 billion-year-long evolution. Typically such a process would be carried out over several decades but the speed at which the adoption of the “Anthropocene” is being mulled, it could take fewer than five years, keeping with the rapid man-made changes it hopes to delineate.

The change is likely to meet a lot of ideological and political resistance, especially from developed countries, since it may raise questions on the prevalent trajectory of human life, unsustainable patterns of production and consumption and the implications such a change could have.