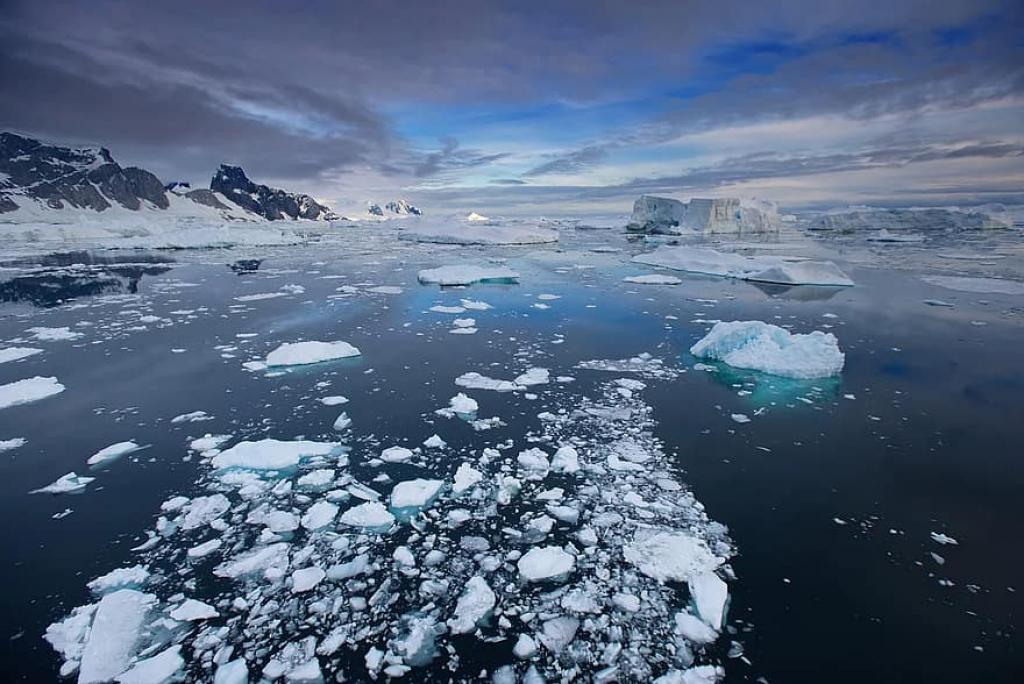 At least 60 scientists studied the impact of melting ice sheets on global sea-level rise and arrived at the estimates. The results were published in journal The Cryosphere on September 17, 2020.

This amount is much greater than what was projected to be lost from ice sheet melting between pre-industrial times and now.

Ice loss from the Antarctic ice sheet, however, was more difficult to predict, with results pointing to a range of possibilities.

In the west, warm ocean currents erode the bottom of large floating ice shelves, causing loss; while the vast East Antarctic ice sheet can gain mass, as warmer temperatures cause increased snowfall, according to the study.

The greatest loss was projected in West Antarctica, contributing up to 7.1 inches (18 cm) of sea level rise by 2100 in the warmest conditions, according to regional projections.

The results were in line with projections of the Intergovernmental Panel on Climate Change’s (IPCC) 2019 Special Report on Oceans and the Cryosphere. It had projected that Greenland would contribute 3.1 to 10.6 inches (8 to 27 cm) to global sea-level rise between 2000-2100 and Antarctica could contribute 1.2 to 11 inches (3 to 28 cm).

According to Hélène Seroussi, who led the Antarctic ice sheet modelling in the ISMIP6 effort:

“The Amundsen Sea region in West Antarctica and Wilkes Land in East Antarctica are the two regions most sensitive to warming ocean temperatures and changing currents, and will continue to lose large amounts of ice. With these new results, we can focus our efforts in the correct direction and know what needs to be worked on to continue improving the projections.”